Back in 2015, the Need for Speed reboot ​​didn’t really convince racing game or even franchise fans. Everyone had their own issue with the game, whether it was an open world that may be too limited, a weird driving engine, or maybe its unbearable script and actors. The game though was based on good ideas, executed with care, starting with the visual customization system of cars, or its variety of driving challenges, and so it was time for a sequel now out with Need For Speed ​​​​Payback. Revealed at E3 2017, the game gave the impression of vilifying Hollywood and the latest Fast & Furious, while reviewing the basics of a good racing game. The question now is simple: will Need for Speed Payback bring back glory to the iconic franchise?

Need For Speed ​​Payback is set into a dummy Las Vegas and its surrounding suburbs (more like desert) called Fortune’s Valley, giving players the ability to drive both in large urban areas as well as small mountains, deserts or glowing canyons. In addition to the pleasant feeling of variety, we also appreciate the extent of the playable area or the wealth of details added, both in the city and its countryside.

Within the first hours of play, your first meetings with the story cast are rather encouraging. Need for Speed Payback puts you at the command of three playable characters, Tyler Morgan, Mac and Jess as they attempt to take down “The House”, a powerful Cartel that controls the city’s casinos, street racing, the police and anything that makes them money. After being wrongfully scammed, these three characters just want payback (thus the name of the game), and will be helped by a casino owner that is yet to fall under the influence of The House. Without being particularly exciting, the script is rather well written, and regularly gives players small details that will connect the plots to understand what is happening, thankfully without being cheesy.

Some of you might not care at all about the story, and will therefore simply skip the cutscenes to focus on the action scenes, in hope that this game will be close to the most recent release of the Fast & Furious movie franchises. Hope that’s not what you’re looking for, because in its construction, Need for Speed Payback is a fairly classic open world racing game, and scripted missions are ultimately quite rare. If some are indeed very spectacular, I have mixed feelings about these action packed missions. Too linear and scripted, these missions leave little initiative to the player, who will most of the time be content to follow the marked route, especially since the rhythm is often broken by transitions, certainly dynamic, between phases of play and cutscenes.

In order to access the various scripted missions mentioned, it will be necessary to progress through a bunch of simple tasks all around the world map. Here we find a game much closer to the 2015 Need for Speed, with races, sprints, drag events, drifting competitions and more… A bit of Need For Speed ​​Underground or Need for Speed: Most Wanted if I may say so. There’s a plethora of challenges, all around the the different regions of Fortune Valley, which are it is this lack of originality that ends up annoying a little. Eager to open up to other driving styles, Need For Speed ​​introduces off-road races and vehicle specializations, even if it means going into what’s out there. The off-road races, are sadly crude in comparison to other games like the amazing the last editions of the Forza Horizon franchise, showing the extent of the game engine, giving you rather funny car jumps, and lack the feel of speed.

On the other hand it is much more surprising to see how much Need for Speed Payback was inspired by The Crew, Ubisoft and Ivory Tower’s open world racing games. Vehicles, when purchased, are placed by discipline and it is from there that you can begin their customization, both technical and visual. As in The Crew, with every race and challenge,you’ll unlock new parts that will boost the performance of the car, and better gear will be available as you get higher in the discipline level. A somewhat surprising system in a franchise like Need For Speed, considering it was never a title that required grinding. In any case, as you will understand, Need for Speed Payback ​​is not very original, especially if you have played other racing games in the past three years. Unlike some of its competitors, the game does not really improve the formula, just sticks on doing the job.

However, there are a lot of good ideas in Need For Speed Payback, starting with the derelict system. These abandoned cars can be found on the map, after an NPC has given you a hint, which by base is similar to those Barn Finds in Forza Horizon 2 and 3. The difference is that Derelict are not just a location find, but a whole set of tasks as you search all around Fortune Valley for missing spare parts to restore the car to its glorious days. Rather fun, it allows especially then to get your hands, at lower cost, on new cars that will then be extremely customizable, like the beautiful 1965 Ford Mustang

With Ghost Games still in control, I wasn’t surprised to find the same driving and speed sensations of the 2015 Need For Speed ​​reboot. Payback by base is a very arcade racing game, which in its own way is a guilty pleasure of mine, as it allows to chain drifts smoothly and isn’t as demanding as other titles like the recent Forza Motorsport 7 or event Project Cars 2. However, not everyone will like that, because when it comes to its physics engine, Ghost Game has done the bare minimum with it management of grip, mass transfers or overly effective brakes, mostly for the sake of an easier drift.

However, since the game made that bet on drifting, I would’ve liked that the tracks and different races in Need for Speed Payback followed the same design logic. The latter sadly lack inspiration and challenge, and once you are out of drifting competitions, you might get bored a little. Don’t get me wrong, the impression of speed is good enough not to fall asleep, especially when you activate the nitro, but you won’t really feel the danger and adrenaline rushes of a speedy race.

A last word on the graphics. Tested on Xbox One, Need For Speed ​​Payback isn’t really impressive to look at, just at the border between good and just acceptable. However, its beautiful light effects and the complexity of its setting helped me forget at times, that the environments are a bit crude, or that cars could’ve been better modeled. For those of you that even managed to nab an Xbox One X (or have a PlayStation 4 Pro), you’ll sadly learn that even with the extra processing power, the game will run at 4K with a 30FPS framerate but you’ll have to deal with the intense clipping and grainy textures. Too bad, especially as the 2015 reboot looks visually nicer in comparison.

Need for Speed Payback was reviewed using an Xbox One copy of the game provided by EA Games. The game is also available on PlayStation 4 and PC via digital and retail releases. We don’t discuss review scores with publishers or developers prior to the review being published.

Need For Speed ​​Payback is a game lost trying to do everything at once, ultimately giving you an uninspired arcade racing title. It's almost as the franchise forgot the simplest beauty of what it was: a racing game full of speed and its thrills.

An accomplished, award-winning gaming professional with more than 12 years of experience in the videogame industry, Nazih Fares has worked in public relations, marketing, eSports and localization for over 14 different publishers and more than 90 global brands. Fares is currently MENA Communications Manager at Blizzard Entertainment, based in The Hague. His views on this site are his own, and not those of his employer.
More Goodness
EAea gameselectronic artsFeatured

Do Game Developers Have an Ethical Responsibility to Players?
Be the first to comment!
Leave a reply » 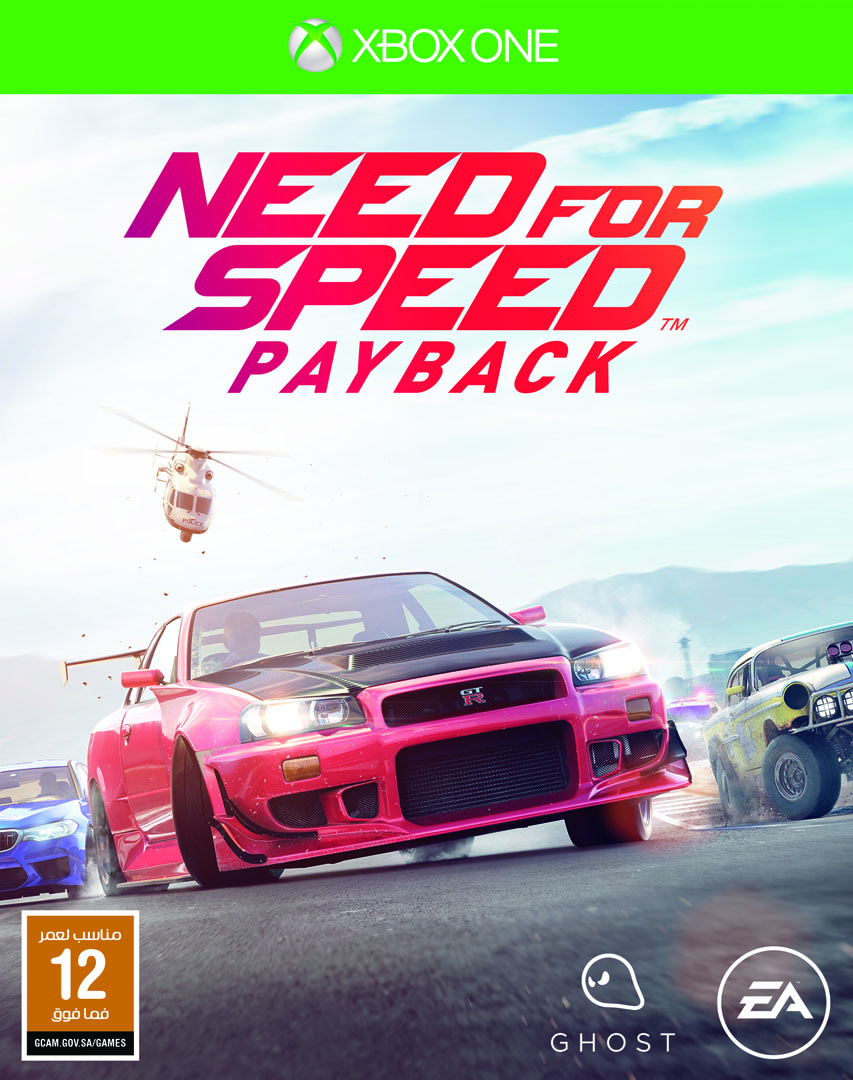