Written and created by Kohei Horikoshi, the shonen manga phenomenon that is My Hero Academia is still strong, officially reaching 16 million copies in print since mid-2018. Now years after its adaption from a manga to anime, Bandai Namco grabbed the opportunity to create the video game adaption of the series, simply named My Hero One’s Justice for the Xbox One, PlayStation 4, PC and even Nintendo Switch. And so, In the shoes of Izuku and company, I reviewed this game on the go with the Nintendo Switch version and was quite entertained even if there are some issues.

In a world where most humans have superpowers known as Quirks, Izuku Midoriya is one of the rare ones that don’t have any powers. Confident enough, he aspires to become a hero by any means necessary, which eventually happens when he meets with All Might, the world’s most popular superhero. So inspired by the latest 3D fighting games from the publishers including the Naruto Shippuden series, It’s the turn of Byking studio to get a shot at this genre.

My Hero One’s Justice is primarily created for fans of the series, which is mainly noticeable once you start the story. The reason I say this is that it’s difficult to understand the story for anyone who has never followed the manga or anime. The story more or less respects what already happened in the anime, but for those of you that never heard of this franchise, unfortunately, it lacks at giving context or enough plots to connect to the series.

The mode itself consists of a succession of combats and cutscenes using the in-game engine as well as animated storyboard from the anime, and allows you to relive major parts of the manga going from Izuku’s training with Gran Torino all the way to the fight with All for One. Similar to other 3D fighting games from the same publisher, the story mode has you play each “mission” and reach a certain score to get a grade going from D all the way to S, which in comparison will unlock customizable equipment for the 20 characters available in the game.

On the graphical point of view, the game is pretty neat even on Nintendo Switch. In any case, the title isn’t really opting to be insanely demanding, but it neatly represents the My Hero Academy characters and their Quirks. The gameplay, on the other hand, is highly influenced on the Naruto Ultimate Ninja Storm mechanics, especially on how to chain attacks and rush with a quick button to complete the combo. The system is based on effective combinations of weak and heavy attack combos, long-range projectiles, counters and super attacks. Everything is done to take the fight in all possible directions, especially up in the air, where the possibilities are endless to maintain and chain attacks on your opponent. It’s not “pro” fighting game material, but it’s decent enough to have some great games with friends.

In terms of content, My Hero One’s Justice has enough modes for everyone. On top of the story mode and the linked personalization, the game offers your usual 1v1 local or online versus mode, as well as a set of missions to complete in… Well, Mission Mode. Those missions are a series of challenges where you need to defeat opponents with set objectives. It expands the challenge beyond the story mode, which should please the fans. Finally, to complete it all, a gallery mode that contains the concept arts and music of the franchise is available.

My Hero One’s Justice was reviewed using a Nintendo Switch digital download code of the game provided by Bandai Namco. The game is also available on PlayStation 4 and Xbox One via digital and retail store releases. We don’t discuss review scores with publishers or developers prior to the review being published (click here for more information about our review policy).

Bandai Namco set a goal to adapt My Hero Academia into a video game, and the overall result is quite decent in My Hero One's Justice. It's not a groundbreaking game for those that played other 3D brawlers from the same publisher, but then again the Naruto game franchise didn't become what it is today from just one released title. 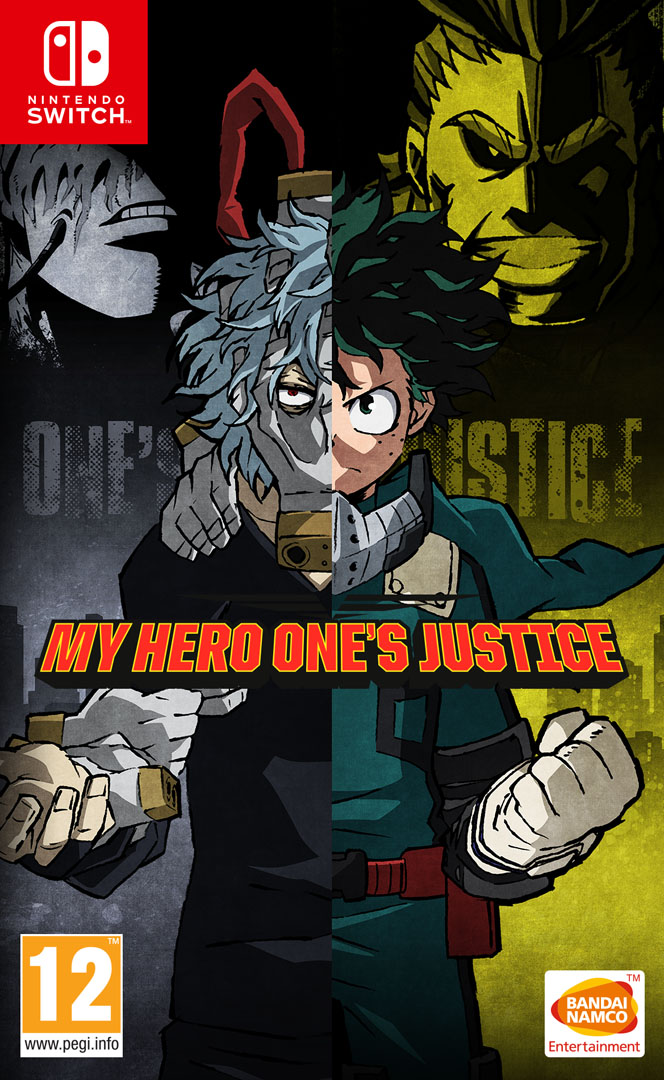