The Italian studio Milestone continues its work, and after the recently released MXGP Pro, Monster Energy Supercross, Gravel, and Ride 3, it’s time for their prized franchise of MotoGP 18 to come out. Completly re-imagined – as they like to claim – the MotoGP has a new engine, a fresh coat of paint, new updates, but is it really enough to renew the franchise?

When it comes to two-wheel racing, Motorsports fans are not lacking in choice… But that doesn’t mean that all these motorcycle racing games are made equal. With this new episode, Milestone decided to change everything including a new graphics engine powered by Unreal Engine 4, some new features, various added modes with a goal to keep the fans happy.

The main change with the graphics is that they are finally up to date, or more like on par with nowadays’ expectations. Circuits are beautiful, light effect is very well made and the mood is amazingly precise even if the audience is rather “dead”. Behind all this, the developers have also provided a complete 3D modeling of drivers and motorcycles, the latter all having their own defined engine noise and faithful to their mechanical behavior. The Yamaha will tend to lean better on the buttocks, while the Ducati zips in straight lines, which gives us a rather successful gameplay, which can be set to simulation or assisted driving.

The game modes are classic but effective. Career mode is detailed as the central point of the title, with the opportunity to participate in several seasons, ranging from the MotoGP, Moto2, Moto3 all the way to the Rookies Cup. MotoGP 18 does boast of “reinventing” the series, but it is clear that the DNA of the game remains the same for years. Nothing is astonishing when it comes to the driving sensation, and while it’s overall nice it’s pretty predictable. In addition, the customization options aren’t really noticeable even when they mention hundreds of new gloves, boots, helmets and more.

The AI of the game always has something to make me cringe, with its absolutely perfect trajectories at unrealistic speeds as soon as we pass the difficulty cursor above the normal range. Yet, it is often to the detriment of the rush that one misses a little and which allows a stronger recovery of the opponent. You are then taken again in a hardcore chase, yet the races are tight but correct. This will obviously never be the case of online races, but it’s good enough to play along with a level of difficulty that can be calibrated (and flexible) from the outset. Concerning online races, everything works properly with up to 12 participants in a single lobby.

Finally, the presence of tutorials was reassuring: what better than small interactive lessons to learn how to drive at 300 km per hour? The problem is that the result is frankly mixed and make the tutorials anecdotal. This part would have deserved a little more work since at the state is only 10 minutes of tasks without real explanation or hints.

Despite its great qualities, MotoGP 18 probably settles with technically the same recipe due to the lack of competition. Too bad, because efforts have been made on the staging of the career, with a driver who really journeys from the starting grid and celebrates with dignity a victory or a podium with the team. But the development choices of the game are of a shameless routine, the management of the sponsors absent and there is absolutely no stable and pilot relationship.

MotoGP 18 was reviewed using an Xbox One digital download code provided by Milestone. The game is also available on PlayStation 4, Nintendo Switch and PC via digital and retail store releases. We don’t discuss review scores with publishers or developers prior to the review being published (click here for more information about our review policy).

• Official MotoGP content.
• Excellent driving mechanics.
• A progressive difficulty and learning curve
• A built-in eSport mode
• The game engine is finally as expected of a 2018 game

MotoGP 18 is merely an update of last year's game, rather than the groundbreaking renewal of the franchise Milestone claims it is. While the job is well done on the important points of the game, it's not enough to really feel like a different game, but fans will not be disappointed. 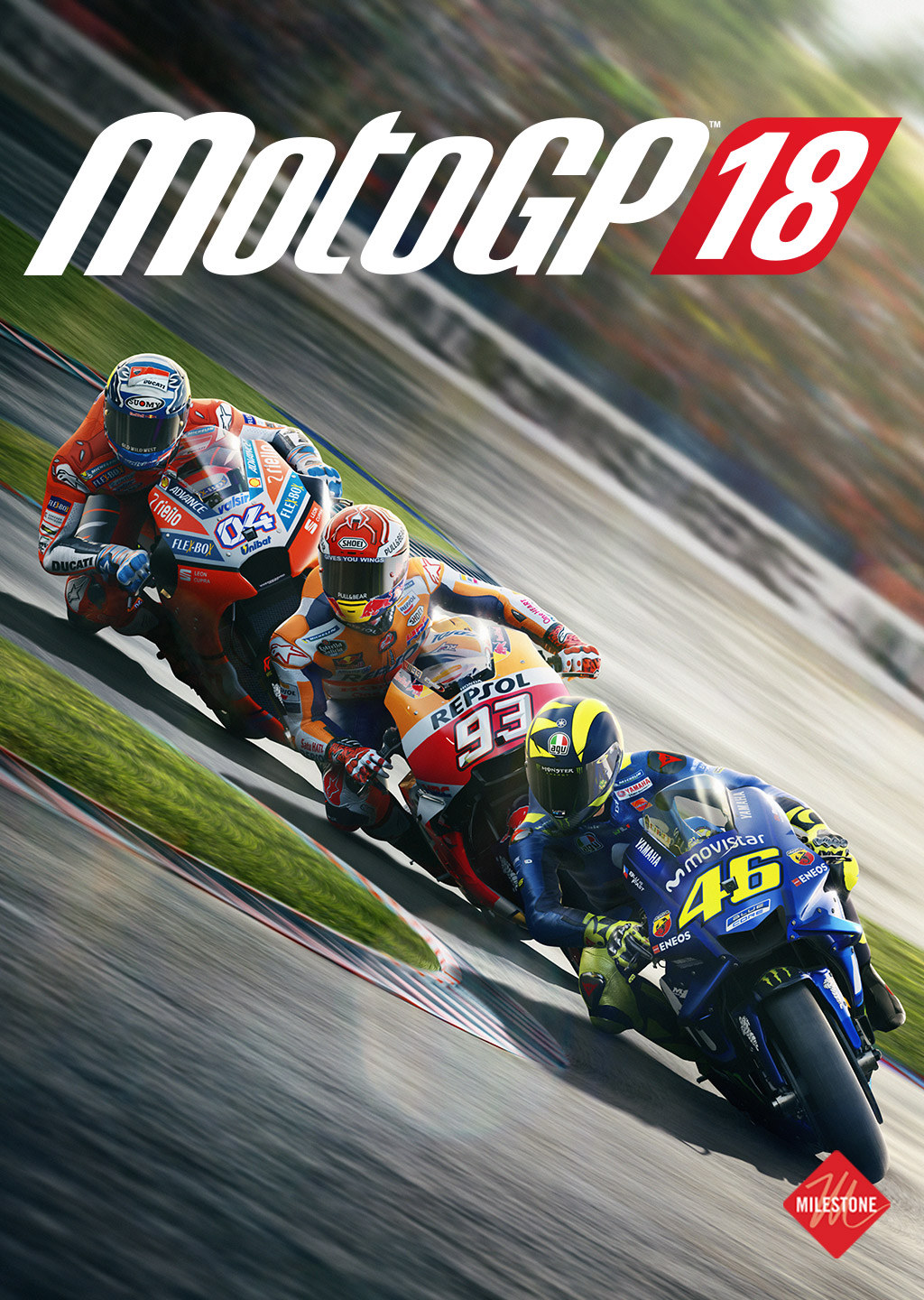