The Metro series is definitely not one of the biggest names in gaming, although it has a substantial and devoted fanbase. The series takes place in an Eastern European wasteland in which a nuclear holocaust ravaged the world. People in this post-apocalyptic wasteland take shelter in, you guessed it, the metro stations. As such, big chunks of metro’s gameplay take place in tunnels and underground cities, and it’s often a very claustrophobic experience. You’re often fighting for survival, and guns and ammo are very limited. The games had rough edges, but they were intense and unique at the same time. And now the series has its third game, Metro Exodus. Does it manage to evolve and improve the gameplay? Or does it bring about the apocalypse of the Metro series? Let’s find out.

Well, first of all, Metro Exodus is definitely trying to bring the cult series to a much wider audience. We see this in the opening of the game, which offers a ton of exposition and breaks down the game world pretty clearly in a narrated monologue. I’m crazy about this mode of storytelling because it doesn’t give players a chance to unravel the narrative themselves. But then we got into the shoes of longtime protagonist Artyom, and we begin exploring the radioactive wasteland.

I should pause here to mention that the Metro games have always had brilliantly designed yet remarkably bleak worlds. The post-apocalyptic streets of Moscow here feel barren and desolate, and the level of detail is insane. The series has always been on the cutting edge of games tech, and Metro Exodus will definitely take your graphics card for a spin. The scenes inside the tunnels and in post-apocalyptic cities show a startlingly realistic picture of what mankind’s attempts at survival would look like. Metro Exodus features longer outdoor sections, however, so this time you get to see more of the postapocalyptic world above the surface. Being on the surface is risky, of course, and you need to constantly adjust your gas mask and wipe it down if it gets filthy. The audio and video come together amazingly to create a real sense of immersion, and the little bits of dirt and cracks on your mask are rendered amazingly well.

The game even features levels with a bit more of an open-world feel, but thankfully this is done in doses. Metro always worked best with claustrophobia, and I think opening it up is a risky move because it has the potential to water down the gameplay. At the end of the day though, it does feel nice to see the rest of the world that the first two games spent so much time and effort crafting.

Soon after the game begins we learn that the people of Moscow are not alone; they only thought they were. This shocking revelation kicks off a series of events which take you all over the post-apocalyptic world. Hence the title! I’d say one of the biggest and most welcome changes in Metro Exodus is just how well-paced it is. The first two games were most certainly slow burns, but Metro Exodus brings about a ton of plot developments early on. Again, this feels like an attempt to help the series connect with a larger audience, but I’m happy with it nonetheless. What I’m definitely less happy with are the villains. The villains in the game have no nuance, and a bunch of them are literal honest-to-God Nazis. A series like Metro deserves more. But even with a weaker villain lineup, this is still very much a Metro game.

See, Metro games are all about surviving despite overwhelming odds, and you still have that in spaces. As such, you’ll find a lot of stealth gameplay in Metro, as well as missions where you need to infiltrate enemy hideouts. The game actually commits to stealth gameplay and does it properly, and there’s a system in the game where you can reduce visibility by destroying lights and staying in the darkness. Of course, you have extra incentive to maintain stealth because you go down like a sack of bricks in a gunfight. Ammo is limited, but nowhere near as limited as it was in the first Metro games.

I’d have to say that’s probably the biggest issue with Metro: Exodus. In shaving down the rougher edges of the series, the game has created something that appeals to more people but has less of its own identity. And I feel a bit of regret because we didn’t get to see something as weird and wonderful as Metro 2033. Having said that, the game is definitely an amazing post-apocalyptic shooter, and it ticks all the right boxes. More importantly, it focuses well on character development. I feel like this time around Artyom was relegated to more of a silent protagonist role a la Gordon Freeman, but he still manages to have his own presence through the plotlines. I’m hoping we haven’t seen the last of the Metro series, and I hope they try and keep this balance between uniqueness and accessibility.

Metro Exodus was reviewed using a PC digital version of the game provided by Deep Silver. The game was tested on a machine running Windows 10, with an 8GB NVIDIA Geforce GTX 1070 fitted on a 4th Generation Intel i7 4790 3.6Ghz CPU and topped with 16GB of RAM. Metro Exodus is also available on Xbox One and PlayStation 4 via digital and retail store releases. We don’t discuss review scores with publishers or developers prior to the review being published (click here for more information about our review policy).

Metro: Exodus is a great final chapter for one of gaming’s most underrated series. It definitely feels like it waters down some of the series’ more unique aspects in an attempt to bring the series to a wider audience, but it still has enough of that signature Metro charm to be a challenging yet fun romp through the wasteland.

Mazen enjoys anything with over-the-top violence, dark humor and a real challenge. He's still pretty big on single-player games and he's always looking for new titles he might've missed out on, so if you know about a crazy new title that's flying under the radar, look him up!
More Goodness
Deep SilverFeaturedFirst Person ShooterMultiplatform

Review: Agents of Mayhem
Be the first to comment!
Leave a reply » 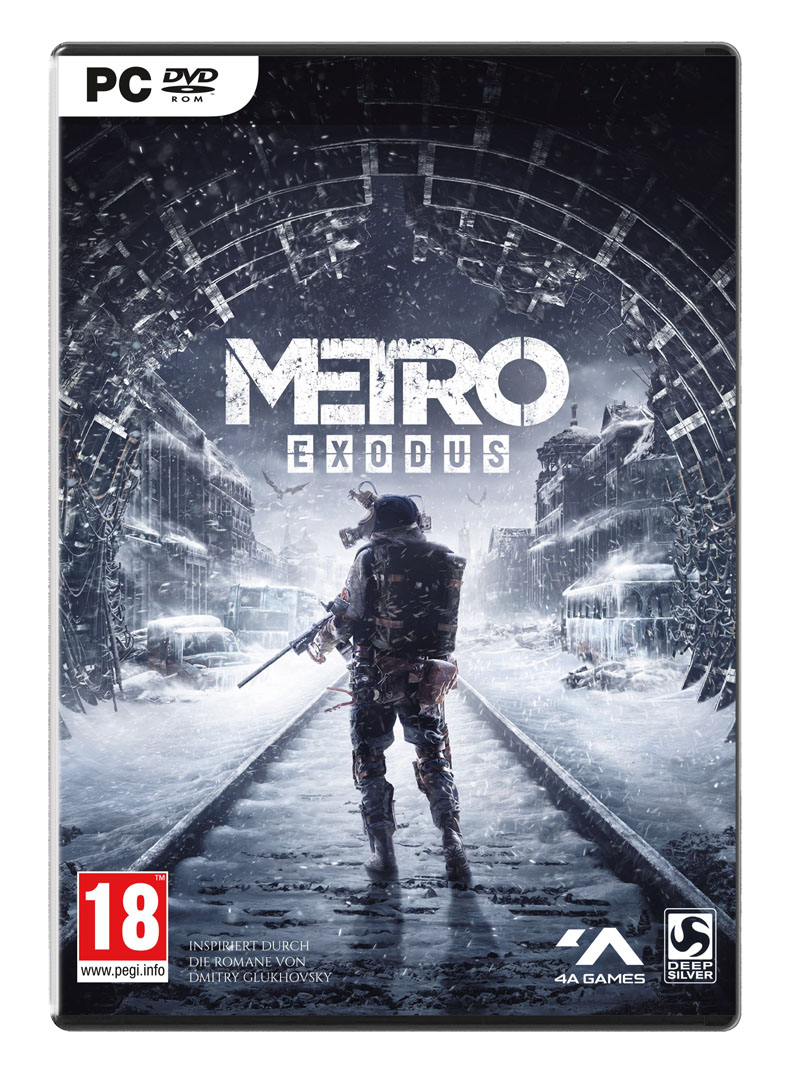