Mercenary Kings Reloaded is not really a real novelty landing on the Nintendo Switch this month, alongside other platforms like Xbox One, PlayStation 4 and PC. Originally released since March 2014 on Steam, this new version is all about bigger content and an overhaul of some key features. A licence clearly influenced by the iconic Metal Slug franchise, Mercenary Kings Reloaded looks graphically and plays almost the same way as SNK’s game.

When it comes to storyline, don’t expect a deep story here. You are part of the Mercenary Kings, a team of the most qualified mercenaries on Earth. After our comrade fell in battle, the “CLAW” organization suddenly took total control of an island that host an ultra secret laboratory. Your goal is to destroy this base, or attempt to regain control of the island, and the job will be a really long one.

After a codex sequence reminding us of good ol’ Metal Gear Solid, then choosing one of the four characters available, we are on the field for our first mission (or more like simple tutorial sequence). The gameplay is nice and once gotten used to, you’ll feel this great freedom of movement, like any respectable gun and run game. Because yes, the enemies are varied, and will require numerous tactics, be they humans with shields, snipers, flying mines, ferocious animals, mechanical monsters and huge bosses. You can also crouch down, shoot on a ladder, roll for dodging attacks, and several extra actions like a melee knife hit or use C4 to destroy walls will add more depth to the gameplay. On top of that, Mercenary Kings Reloaded also has a reload system that is similar to the Gears of War franchise, which rely on you to hit the reload button at the right time to make sure your clip doesn’t get jammed, but also boost the power of your bullets.

The number of missions is impressive in this game, that has the allure of being a simple indie title. There are hundreds of man missions, and an equivalent amount of side-missions, which opens up as you get higher rank (10 in total), starting as the simple recruit all the way up to general. And there’s different missions, whether they are rescue task, destroying a threat, collecting elements, and more to do in the 16 different settings on the island. It seems easy at first, except most missions are timed, but also your health is limited to an almost minimal. You have 3 lives to start, and if you lose them all, you are forced to start again, but also take in consideration the amount of money you’ll be loosing which is crucial to advance in the game.

As you advance in Mercenary Kings Reloaded’s story, your base operation gets upgraded by saving people which bring their own skills to the fight. One will be helpful so you can create knives, ranging from a simple dagger to some ridiculous looking ones, while the other will allow you to buy different weapons and special ammunition (electric, incendiary, and more). Every weapon, ammunition and improvement is filled with useful stats to become the best mercenary there is. This version as well added more weapons to the mix, on top of two new recruits like Frigg and C-Zar the robot.

By killing enemies or opening chests in the levels, you can collect all kinds of materials such as wood, steel, cloth and many other items that will be used to build war tools or improve your camp. This added RPG element makes the game complete and an addictive action game that you can play for dozens of hours as the content is almost never-ending. But I must recognize that after a while, the idea of ​​doing different missions in the same levels many times gets tedious and sometime boring. The interest of the game is rather to succeed in making his character as powerful as possible and equipped with the best weapons, which will result in an intense series of level grinding. The latter can be fixed though by playing with friends, which is available to up to 4 players, making good use of the Nintendo Switch’s portability.

Mercenary Kings was reviewed using a Nintendo Switch digital download code of the game provided by Tribute Games. The game is also available on Xbox One, PlayStation 4 and PC in digital releases. We don’t discuss review scores with publishers or developers prior to the review being published

With its addictive gameplay, added content, Mercenary Kings Reloaded Edition is a generous run 'n gun title that pays homage to the Metal Slug franchise. But sadly, the game can become tedious and boring if played alone, due to having to go back to the same levels over and over again, which can be fixed if played with friends thanks to its 4-player coop mode. 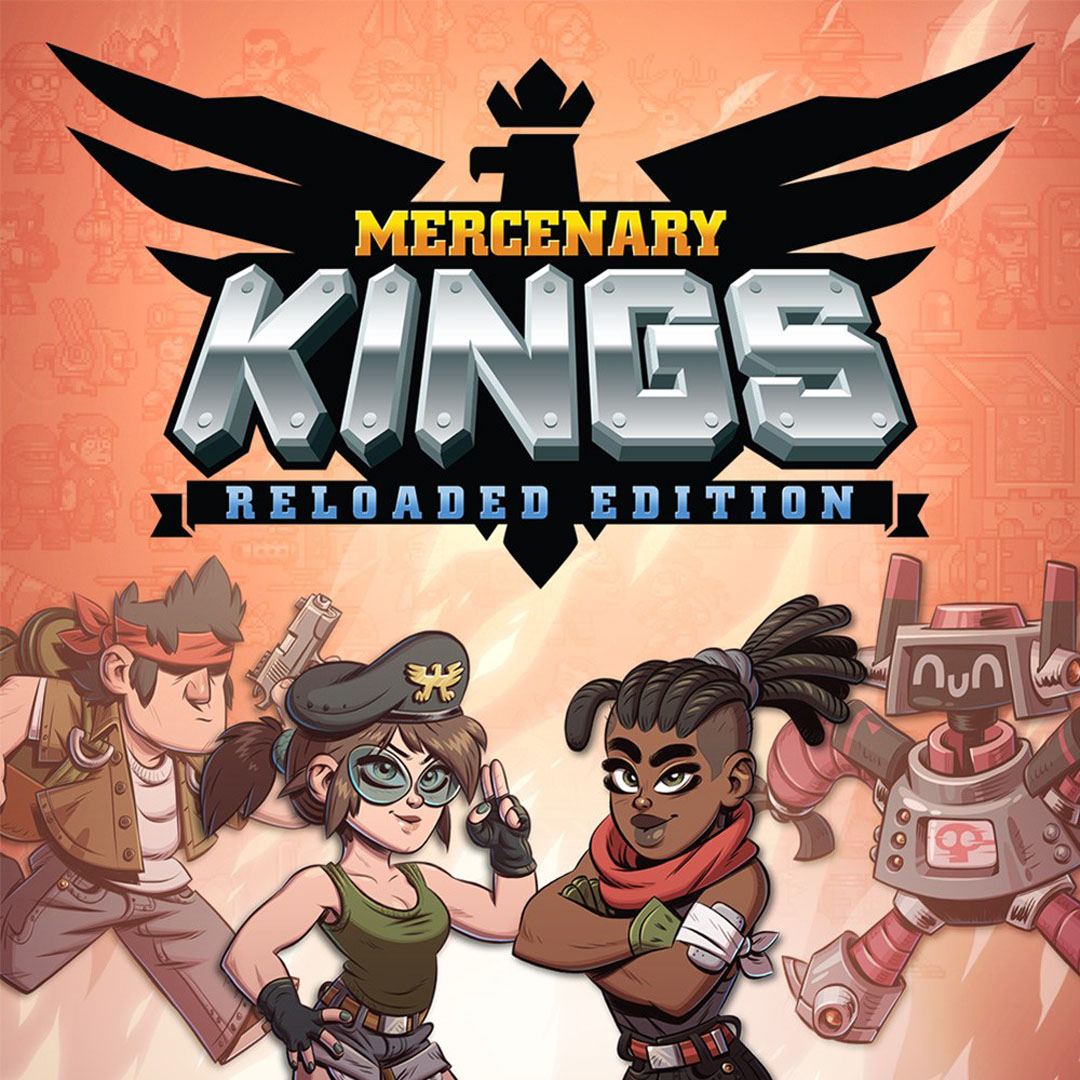