After the release of I Am Setsuna, the goal of studio Tokyo RPG Factory was clear: to reconnect players with the era of 1990s JRPGs, with their traditional and similar aesthetics, rich scripts, and complex, yet accessible game mechanics. After a rather disappointing I Am Setsuna with a pace too monotonous, the studio is back with something close to what the original Final Fantasy was with Active Time Battle mechanics or even Chrono Trigger. Available and reviewed on Nintendo Switch (as well as PC and PlayStation 4), Lost Sphear is Tokyo RPG Factory’s answer to the player’s demands after their first title, and it’s actually a decent one now.

The pretext of Lost Sphear is simple: parts of the world, whether it is objects or living object are starting to disappear, becoming silhouettes shrouded in a white cloud. Only Kanata, a young orphan, has the power to make them reappear thanks to the memories he collects in books or during conversations with other characters. First accompanied by his two childhood friends, which are orphans as well, he will then be supported by the armed forces of the Empire, until he gradually understand that he is being manipulated by higher forces… Quite obvious, the script of Lost Sphear doesn’t surprise much, especially since these kinds of story twists have been used for too long. Nevertheless, these story clichés or similarities with Final Fantasy and Chrono Trigger works perfectly for this JRPG fan, and I cling to the game to know the end of the story. And that is the paradox of Lost Sphear… To be able to interest and captivate you at certain moments, it copiously uses all the imposed tricks of the genre, and all of its clichés.

At first intriguing, my experience with I Am Setsuna started to wear me down because of its dull white plains and snow-covered forests as far as the eye could see, topped by its slow-paced piano tunes full of melancholy. Thankfully, Lost Sphear has a real variety of environments, ranging from sites, to lush forest, and even beaches with ship graveyards. You’ll visit throughout your adventure industrial cities, remote villages, catacombs, ancient labyrinths and so many different settings. Your travel on the world map are also filled by the creation of Artefacts, which are restored memories gleaned from the bodies of monsters or in the wild. This helps Kanata recover monuments that not only unlock passages to new areas, but also affect many RPG stats. For example, some Artifact types may show opponents’ health, others may fill some elemental gauges more quickly, increase the frequency of critical hits, or speed up the pace of movement on the map.

In a way, the player ends up wanting to save the world to meet his needs, even if these game mechanics are linked to the progression in the plot. The idea is beautiful, but could have been a little more frank in its possibilities, to let the player express himself more widely or experiment with the system. The same can be said of most of the original concepts of this title. For example, the hunt for memories via keywords that appear during conversations, on tablets or manuscripts. Straight out of Final Fantasy II, this system proves ultimately very simplistic – just find the words asked in the area – and without negative points if you miss it.

From a purely mechanical point of view, Lost Sphear largely takes over the systems already set by I Am Setsuna, adding a hint of features to boost its dynamism. Here, each attack, even physical, has a contact zone that should be positioned in the area, to hit as many opponents at once. When well placed, Lumina’s punches can thus, despite the reduced size of its impact zone, send two opponents straight to instant KOs. Ranged fighters, such as Locke or Van can shoot multiple targets in a straight line. Finally, spells generate wider circular area of attack, without friendly fire thankfully. The management of the terrain, surrounding enemies and the distribution of your units on the battlefield seems essential in a first. But In fact, it is rare to come across a much stronger enemy during your adventure, except boss battles, which are legitimately more difficult to deal with. But by repeatedly farming a few dungeons and improving your equipment regularly, it is rare that you will be stuck against an impossible threat.

Another element added to the combat when compared to I Am Setsuna are the Vulcosuits. These ancient human-sized mechas, can not only destroy some obstacles during the exploration phases, can also accelerate the speed of movement (with a boost) and have powerful attacks. In practice, you can easily do without, and end the adventure (around 15 hours) without using these suits. In any case, the improvements to I Am Setsuna’s combat system are really paying off, and the game is much more interesting, and more enjoyable than Tokyo RPG Factory’s first try.

Lost Sphear was reviewed using a Nintendo Switch downloadable code provided by Square Enix. The game is also available on PC and PlayStation 4 in digital and retail releases. We don’t discuss review scores with publishers or developers prior to the review being published.

Heavily influenced by a lost era of JRPGs, Lost Sphear however has its own charm and personality, fixing many of Tokyo RPG Factory's first faults. It's a good little JRPG that will charm those that miss the traditional gameplay mechanics. 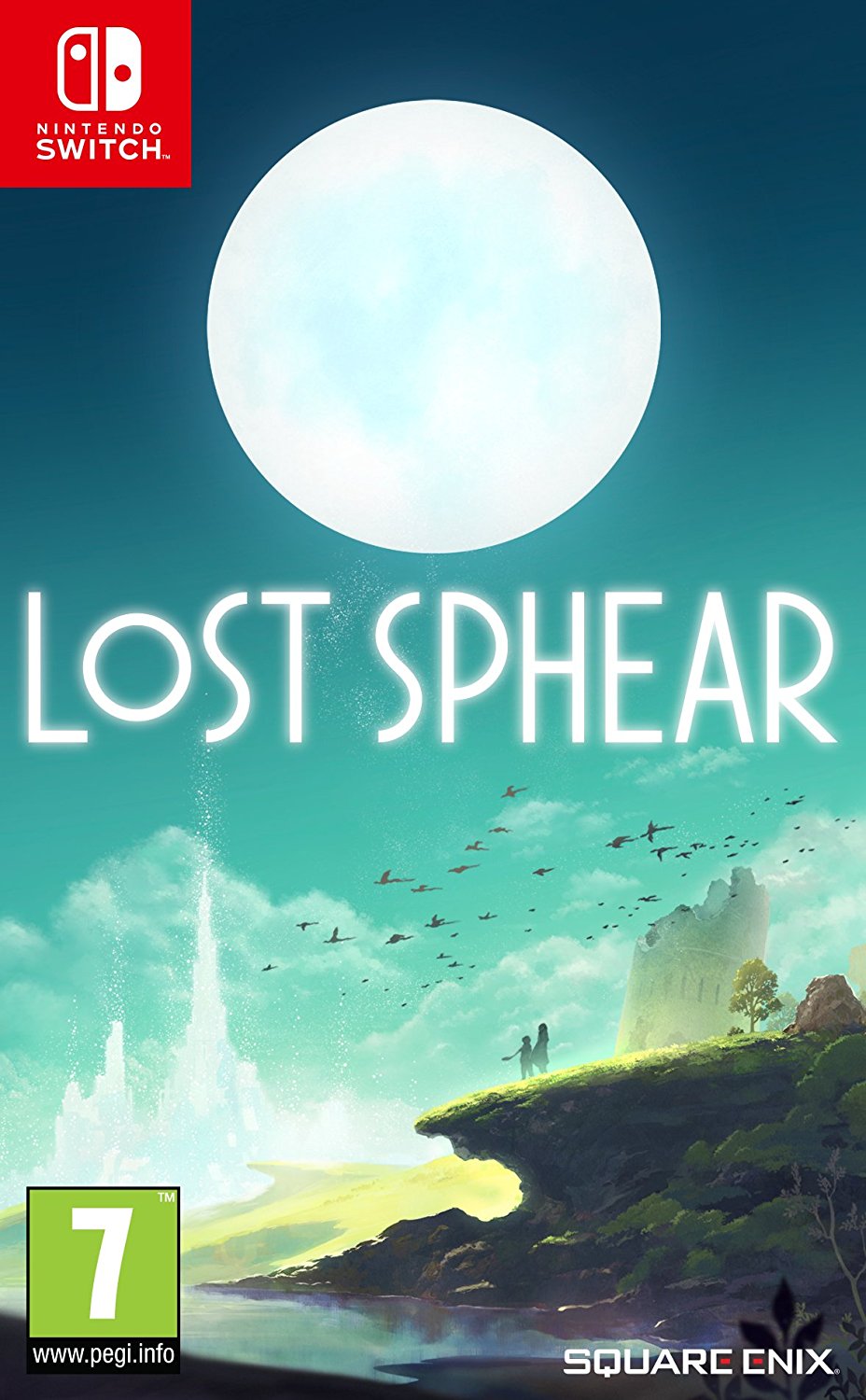