Having superpowers is one of humanity’s biggest desires, traveling through time is one of them. The notion of being able to revisit time has been the fire starter for many fictional stories. I mean let us face it, who amongst us did not wish to go back in time to fix painful memories. This is where Last Day of June’s story comes into action. On the surface, the story is straightforward. Our protagonist Carl, tries to establish connection with his dead wife June through her paintings and struggles to relive memories to undo the tragedy they both lived.

In Last Day of June, you will be acting as many characters surrounding the couple’s life in several tiny adventures by tracing the chain of events that led to the tragic accident. You will see yourself as the boy, Carl’s best friend, hunter and elder. The journey will not be an easy task, as you can imagine, modifying events that caused the accident can also create new undesirable consequences.

The entire story is built in a very interesting narrative fashion and timeline is very linear. Every character you control starts at 3pm. You will undertake several activities that develop on your in-game decisions. However, this stops once you reach 7pm which becomes the key time in the story. Once that clock strikes 7pm, you will see a series of pictures that will decide the outcome of June and Carl.

It is really a big puzzle made up of several tiny puzzles. The complexity is fascinating because that same puzzle is in constant change of development and you can see it through the changes that appear in Carl’s neighborhood. For instance, every character you play will solve a specific puzzle which opens a door that allows the other characters of the game to access and this is in constant loop based on the timeline Last Day of June gives you. The design is also very intriguing because behind every door is a constant change of level design which makes me wonder on the actual possibilities you can unlock.

One of the things that caught my attention are the memories. Every time you finish a crucial part of Last Day of June, you find yourself in the driver seat controlling Carl’s present. This is what allows you to unlock other characters and proceed through the game. Controlling the present means that you will be able to move through the streets while reliving the memorable moments with June until you reach the next unlockable character’s house. This is also the area that makes you regret some of the decisions you took.

One of the things I did not like is the overkill on the main story. With every character, you are trying to solve a specific puzzle and deciding on specific actions in the hopes that it will change the outcome of the accident. However, by 7pm, you are forced to relive the same video of the accident and Last Day of June does not allow you to skip this. I believe that after several hours of playing, you tend to lose the emotional strength which leads to a loss of interest in this strong connection between Carl and June.

On the other hand, the developers found the right artist for the soundtrack. Steven Wilson created a masterpiece for Last Day of June. I am not sure which came first the game or the song “Drive Home” but the entire soundtrack sets the perfect mood for such an emotional story. Everything about the esthetics of the game is interesting. The decision that was taken in the artistic style is very peculiar. It feels like you are in a painting. This causes some issues at the beginning of the game since things are no well distinguished but further on you cannot but notice how the usage of colors is phenomenal. For example, the last day of June has strong tones while Carl’s present day is very cold. You see the contrast between happiness and sadness through the colors.

One of the things that I really like is the character design. To be able to understand human emotions without facial feature is not an easy task to achieve. I could understand when a character is threatening, crying, jealous and happy even though all the characters in the Last Day of June have no eyes and mouth.

The publishers did a great job in converting a small world into a massive one. Although everything is localized, the bigger picture revolves around a puzzle that controls time making such a small scene look enormous. Last Day of June is indeed an intriguing game that is constantly developing and hits your emotional nerves.

Last Day of June was reviewed using a PC downloadable code provided by the 505 Games. The review was done on a PC running a Windows 10 Home, Intel Core i7-7700HQ processor set at 2.80 GHz, 4GB NVIDIA GeForce GTX 1050 Ti and 16GB of DDR3 Ram. The game is also available on PlayStation 4 via digital store releases. We don’t discuss review scores with publishers or developers prior to the review being published

Last Day of June may not appeal to the mass, but it is truly a touching one that will leave an unforgettable mark to everyone who plays it.

Spawn of the gaming revolution, Luciano Rahal has spent the last 12 years working as an advertiser for top multinationals such as Coca-Cola, PepsiCo, Apple and many more. By night he returns to the dark side as a full time gamer. Now he finally married his passion and expertise by managing a Middle East eSports club called Nasr eSports.
More Goodness
505 GamesAdventureFeaturedIndie

Review: Portal Knights
Be the first to comment!
Leave a reply » 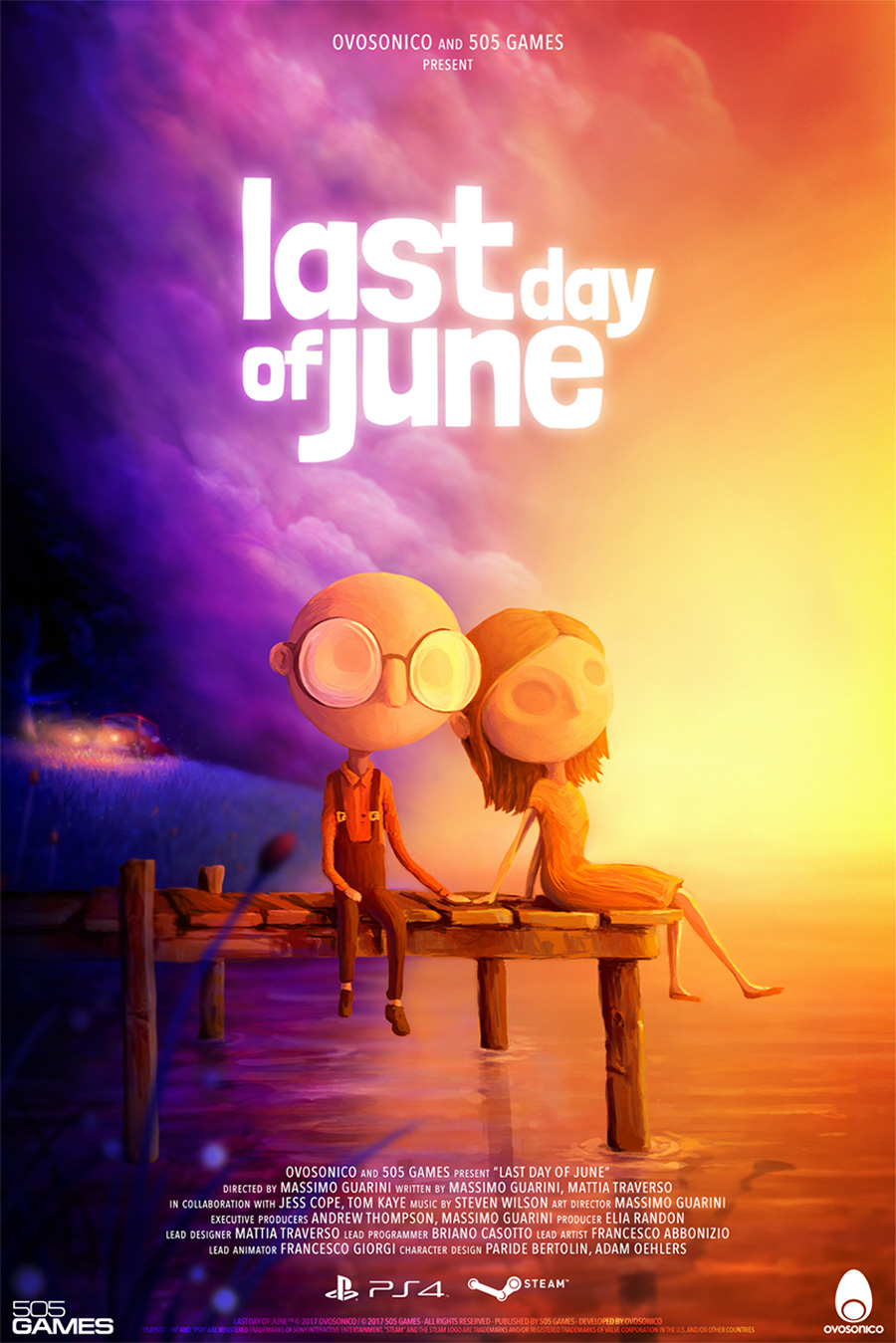