Here it is finally: the fourth and final compilation of the Kingdom Hearts franchise between the third opus of its name releases! Kingdom Hearts HD 2.8 Final Chapter Prologue (reviewed by Luciano Rahal in February) that shone more by its exclusive content than by the remaster of its 3DS game, Dream Drop Distance, Square Enix launches the most complete compilation. That would be 6 part of the saga, with 4 complete games and 2 “movies” powered by the Kingdom Hearts 2 engine that fills some of the gaps of the franchise. Perfect way to prepare the players to the arrival of Kingdom Hearts 3, but is it enough?

In an effort of making the entire saga compatible on the PlayStation 4, Square Enix simply decided to merge both Kingdom Hearts HD 1.5 and Kingdom Hearts HD 2.5 which previously came out on the PlayStation 3. On the content side there’s so much to do, from Kingdom hearts Final Mix, Chain of Memories, 358/2 Days, Kingdom Hearts 2 Final Mix, Birth By Sleep Final Mix all the way to Re:coded, which can be perfect for those that didn’t play any of the games, or those that can’t be bother to dust off their old PlayStation 2. While, there is no need to test each of the titles here, I will give you more of a quick introduction about each part of the compilation, before I draw up the technical side of this release… It is after all a compilation of remastered content.

For those of you which never dared to play Kingdom Hearts, you should just for the sake of discovering a confusing, yet entertaining story that is built in a weird world between Disney movies and Square Enix game’s universe. At the core of its story is two main pillar: courage and friendship. We follow Sora, a young teenager living on the peaceful and heavenly Destiny Island, with his friends including Kairi and his friendly rival Riku. Being on this island since they can remember, the three curious companions are contemplating the idea of exploring the seas and the outside world, leaving loved ones to finally have their own adventure. Sadly an event on a certain night see Heartless creatures invade Destiny Island, taking over Riku who, dominated by the desire to change his life, lets himself succumb the “dark side”.

With Riku lost to the darkness and Kairi disappeared, Sora sees himself thrown into the unknown and inherits an unusual weapon called the keyblade, a sword shaped like key and the solution to save the world. His quest to save his friends will have him travel through many Disney worlds, which he will help his inhabitants, also attacked by the corruption of the Heartless. Saving Kairi and the other 7 “princesses” of every world will be as important to Sora as saving Riku, who has become the Knight of the Heartless and newly endowed with superhuman powers.

While I won’t go deeper than this when it comes to the story of the game and its sequels and side-stories, the Kingdom Hearts HD 1.5 + 2.5 ReMIX compilations also includes two short films which summarize Kingdom Hearts Re: Coded and Kingdom Hearts 358/2 Days, which were both released on the Nintendo DS and remastered on the PlayStation 3 powered by the Kingdom Hearts 2 game engine. Both movies are around 3 hours time-wise, and are a good way to perfect your knowledge of the saga as well as glue things together.

Now like all remastered titles, it is the quality of the port to a new generation that interests me the most, as the gameplay usually doesn’t change much. On that front, this point, Kingdom Hearts HD 1.5 + 2.5 ReMIX is an “ok” compilation, as it was the case Kingdom Hearts 2.8 Final Chapter Prologue. This compilation makes the game more fluid and clearer than on the two previously launched PlayStation 3 compilations, and while the switch to 1080p 60FPS is great, cutscenes (which are done by the game engine) drop down to 30 FPS, which can feel weird and old. That latter issue also can be noticed when we watch the two “films” on the compilation, which are just 720p videos upscaled to 1080p. You’ll notice a serious aliasing effect and video compression that can be clunky, but still doesn’t hinder the quality of the entire game, but I would have appreciated more efforts to make the whole experience homogeneous in terms of technical quality.

Finally, it is needless to say that these titles will still feel like 10-15 years old games that received a facelift, and you’ll have to accept the fact that you’re playing a game that was developed for the PS2 era. Fortunately, the story, the script, the intensity of the battles, the dozens of worlds you’ll discover will undoubtedly seduce newcomers as well as the nostalgic ones that missed these old games… A little snack before the third course which is Kingdom Hearts 3, presumably coming out this year.

Kingdom Hearts HD 1.5 + 2.5 ReMIX was reviewed using a PlayStation downloadable code of the game provided by Square Enix. We don’t discuss review scores with publishers or developers prior to the review being published.

Kingdom Hearts HD 1.5 + 2.5 ReMIX is exactly what you would expect after the recent release of Kingdom Hearts 2.8 Final Chapter Prologue, especially in terms of remastering techniques. Each of the compilation's titles are cleaner and more fluid... And that's it. In its entirety, this compilation is a must-have if you want to relive the good days of yesteryear without dusting out your old console, or something great to play if you never played the franchise in preparation for the upcoming third game. 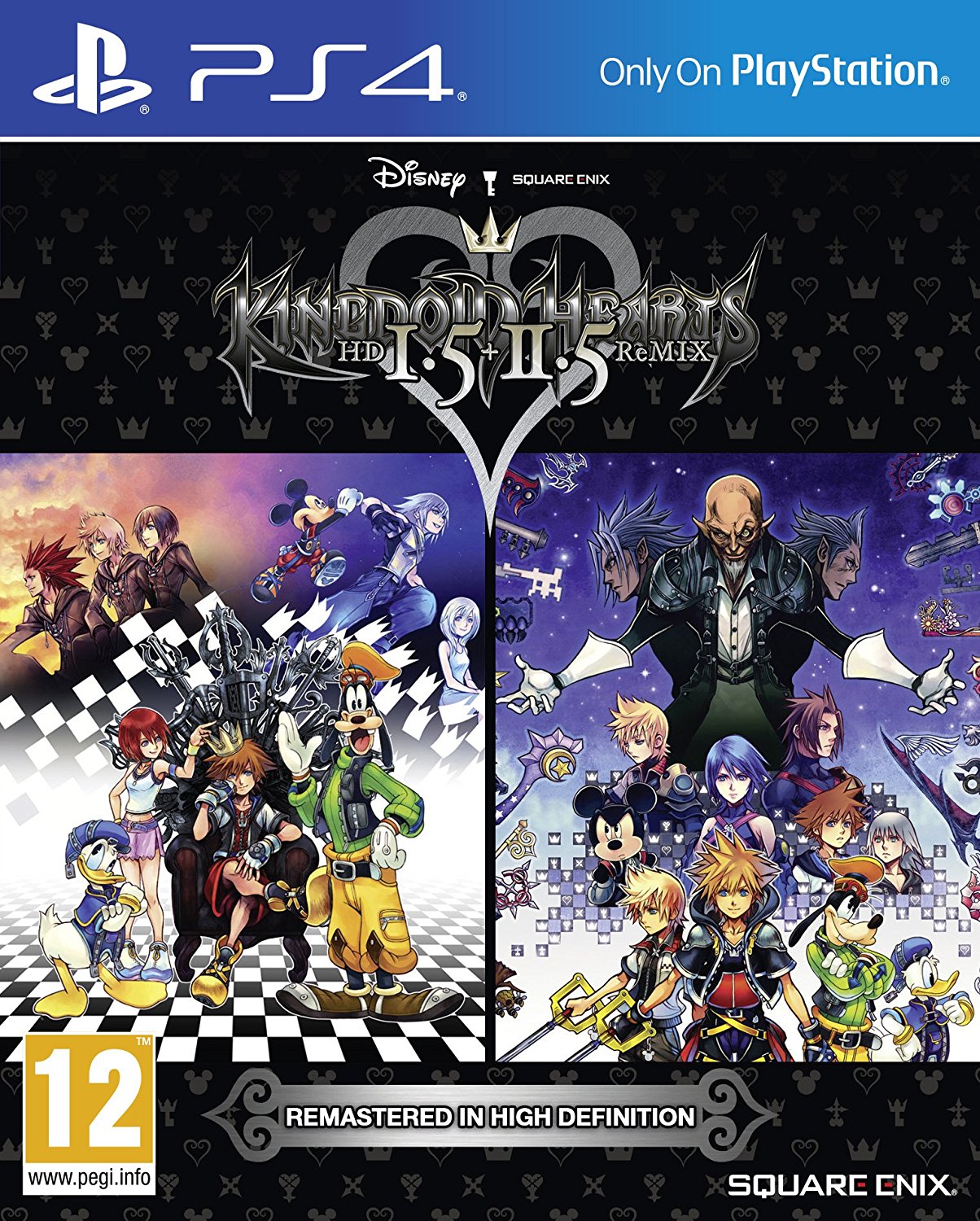