Started off as a mini-game inside Raving Rabbids, Just Dance 2019 is pretty much the only remnant of the dance craze that started back in the days of the Nintendo Wii in 2009. Now years later, with Dance Dance Revolution and Dance Central has pretty much gone from the annual release calendar, Ubisoft’s Just Dance is the only game left in the genre.

This year, like all others, Just Dance 2019 is coming out on all major platforms, including the platform where it all began, the Nintendo Wii. Considering most of the audience that loves the game played it with the use of the old Wii Remotes, releasing on that old console made so much sense, but we’ll focus on the Nintendo Switch in this short review.

Similar to the Nintendo Wii play style, players (or dancers) will use a single Joy-Con in hand and mimic the choreography showed on-screen, by replicating moves showcased by some diagrams on the lower part of the screen and the next steps coming later on. This has been the recipe for the past 9 years, and it’s probably never going to change. The differences between each version though every year are on the front of the song catalogue, as even modes haven’t majorly changed in the past recent versions.

The playlist this year is as always strong, with the big hits of the late 2017 to mid-2018 charts, limited to the usual count of 40 songs. That ranges from Bruno Mars’ Finesse all the way to the 1983 hit from Elton John: I’m Still Standing. For those of you that won’t find their groove in the 40 available songs, you’ll be able to make use of the Just Dance Unlimited mode and get access to 400 more songs but there’s a twist. Introduced in 2016, Just Dance Unlimited is a subscription-based feature in the game, which has a daily, weekly, monthly or even yearly plan (30$ for the latter), which is in a way a better deal than the old model of music and dancing games, charging individually per song. The disadvantage of this system is that it requires a constant connection to the internet, because it streams songs instead, which could be problematic for some. In any case, there’s a basic free trial month once you purchase the game, so would be good for you to check the content before investing in the subscription.

Other than, Just Dance 2019 actually went weirdly backward on the front of the user interface for a more simplistic version, but also removing numerous modes introduced in the Just Dance 2018 (which you can read our review right there). One of those modes slashed is Double Rumble which was exclusive to the Nintendo Switch and was a solid experience, albeit a limited one. Sure there’s the ability to create playlists, including one that is generated based on your preferences which is closer to a Spotify or Apple Music experience, but nothing really that refreshes the formula.

In any case, like every year, Just Dance 2019 is still the only dance game for most gaming platforms. While the content might be reduced, which is a shame considering it’s fully priced, my take is that Ubisoft will eventually relaunch the game into a subscription-only model. The game will probably be free or “cheaper” and rely on Just Dance Unlimited as the years come instead of relaunching a new game.

Just Dance 2018 was reviewed using a Nintendo Switch downloadable code of the full game provided by Ubisoft. The game is also available on Xbox One, PlayStation 4, Nintendo Wii U and Nintendo Wii via digital and retail store releases. We don’t discuss review scores with publishers or developers prior to the review being published.

Without any surprises, Just Dance 2019 is exactly what you expect, minus some content removed. It's still one of the most experience in terms of a party game, and will challenge and entertain all ages.

Review: Space Dave
Be the first to comment!
Leave a reply » 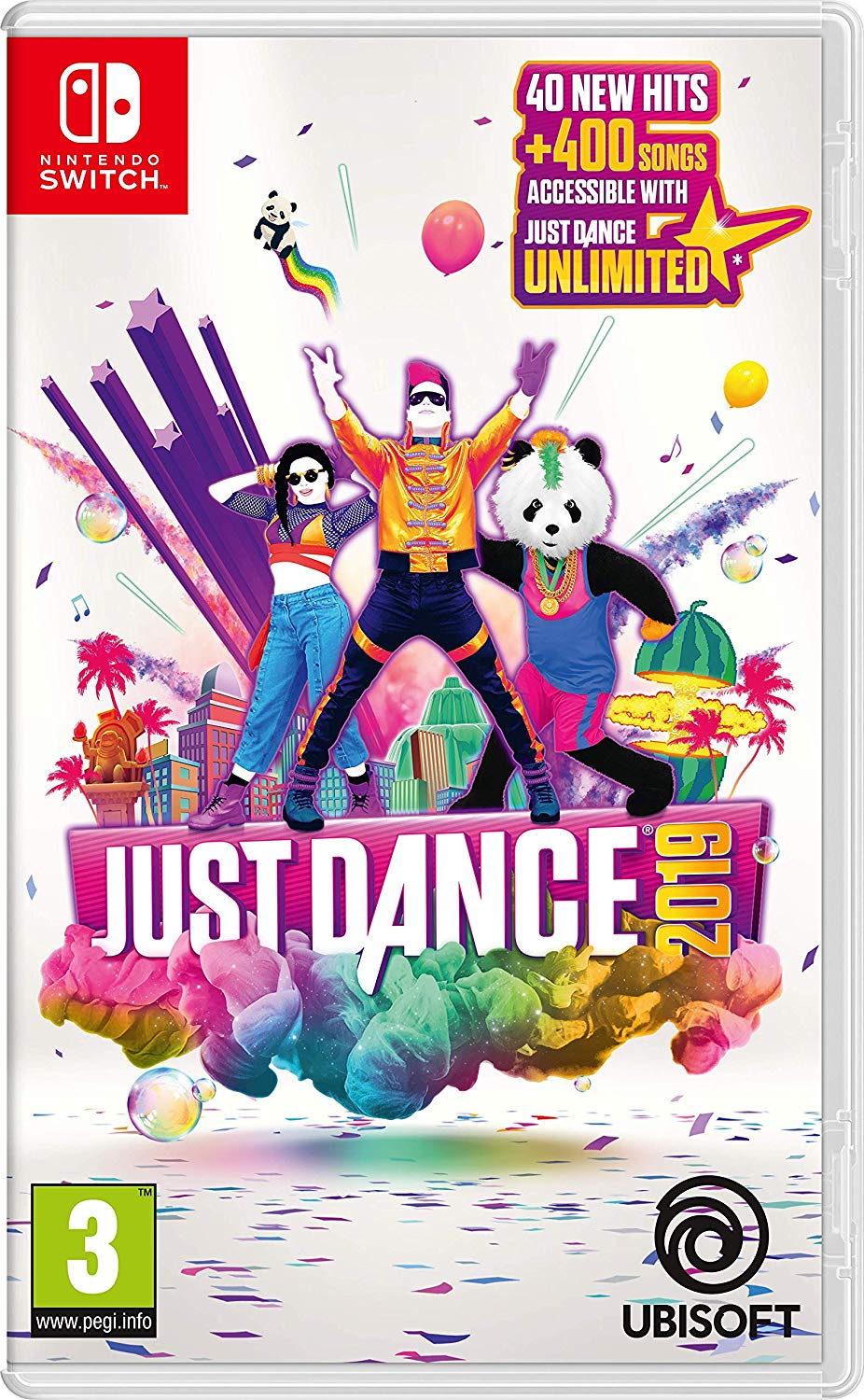