While both Microsoft and Sony put their respective first party rhythm dancing game on hiatus (Dance Central and DanceStar Parties), Ubisoft is still continuing its annual franchise release with Just Dance 2018, but this time with the first release on the Nintendo Switch, which I was eager to try after playing each of the different motion control versions of the game.

For this ninth edition of Just Dance, most of the fans expected a bit of change, but at the end of day, why change the recipe that has been working out for everyone for the past 3 years. Just Dance 2018 is just about everything you can expect from a Just Dance, expanding to a bigger and larger version every year thanks to more than 300 songs available via Just Dance Unlimited. While there are missing titles in this “unlimited” mode if you’ve played previous versions, the choice is gargantuan and the 3-month trial included will help you decide whether you want to cough up some extra hard earned cash to get constant access.

With the 40 songs that are part of the main game, and Just Dance Unlimited, you have potentially a good dozens of hours of quality party time, where you’ll be able to dance alone or with friends like a goofball in front of your TV or even the Switch’s own screen. While other versions of the game play the same way (either with the Xbox Kinect or PlayStation Move and other motion control controllers), the Nintendo Switch version is pretty much the same thanks to the Joy-Con or even using your smartphone (and downloading a dedicated application). All you have to do is the same core game mechanics of previous games, which is reproduce the body movements of the on-screen avatar as if it were our own mirror reflection, helped by a series of pictograms that scroll along the bottom of the screen.

While you’d expect that movement recognition is more precise via an actual accessory that support accelerometer, the latter is far from the accuracy of let’s say Dance Central and the Kinect camera. In all sincerity, I managed to chain the maximum grade while sitting and only moving on arm equipped Joy-Con, in addition to a few rotations of the shoulders, which could be considered cheesing, but those are flaws that were anyway always there. The Joy-Con rumble vibrations on the rhythm of the tracks are a welcome indication for those who do not have the rhythm in their blood. At the end of the day, Just Dance 2018 is first and foremost made for easy party fun with friends, familty and even children thanks to a new dedicated playlist.

Just Dance 2018 as always is a very accessible dance game that does not ask for intense workout, and wants you mostly to have fun. Like previous Just Dance titles, you can dance alone but also in pairs, trios, all the way to 6 players at the same time thanks to the mobile app. The 40 new songs provided with the basic game will stick without worry to all the festive tastes, ranging from old disco tracks, a hint of electro, a lot of pop and even some intense J-pop. Quite happy to see in the list 24K Magic by Bruno Mars, Automaton by Jamiroquai and some other typical track from the 2017 hits like Ed Sheeran, Nicki Minaj, Beyoncé and Shakira.

In order to add some variety to the Nintendo Switch version in comparison to the other platforms, Ubisoft added the Dance Lab mode, which is a sort of episodic missions to be unlocked. Those episodes ask a series of routines to be done, which are mostly silly, like a Tennis Player, Bike Rider or even Snow Flight. There’s also the “Double Rumble” game mode that allows you to hold two Joy-Con and play two-handed choreography, but are only restricted to five choreographies.

Just Dance 2018 was reviewed using a Nintendo Switch downloadable code of the full game provided by Ubisoft. The game is also available on Xbox One, Xbox 360, PlayStation 3, PlayStation 4, Nintendo Wii and Nintendo Wii U via digital and retail store releases. We don’t discuss review scores with publishers or developers prior to the review being published.

Like every year, Just Dance 2018 is inspired by its predecessors, while adding extra modes to make the Nintendo Switch stand out in comparison to other platforms. While the Switch version puts the fun at first at the expense of precision and requirement, it's a great title to bring along for a game night, especially since you can play with up to 6 person at the same thanks to the mobile app.

Review: Warhammer: Vermintide 2
Be the first to comment!
Leave a reply » 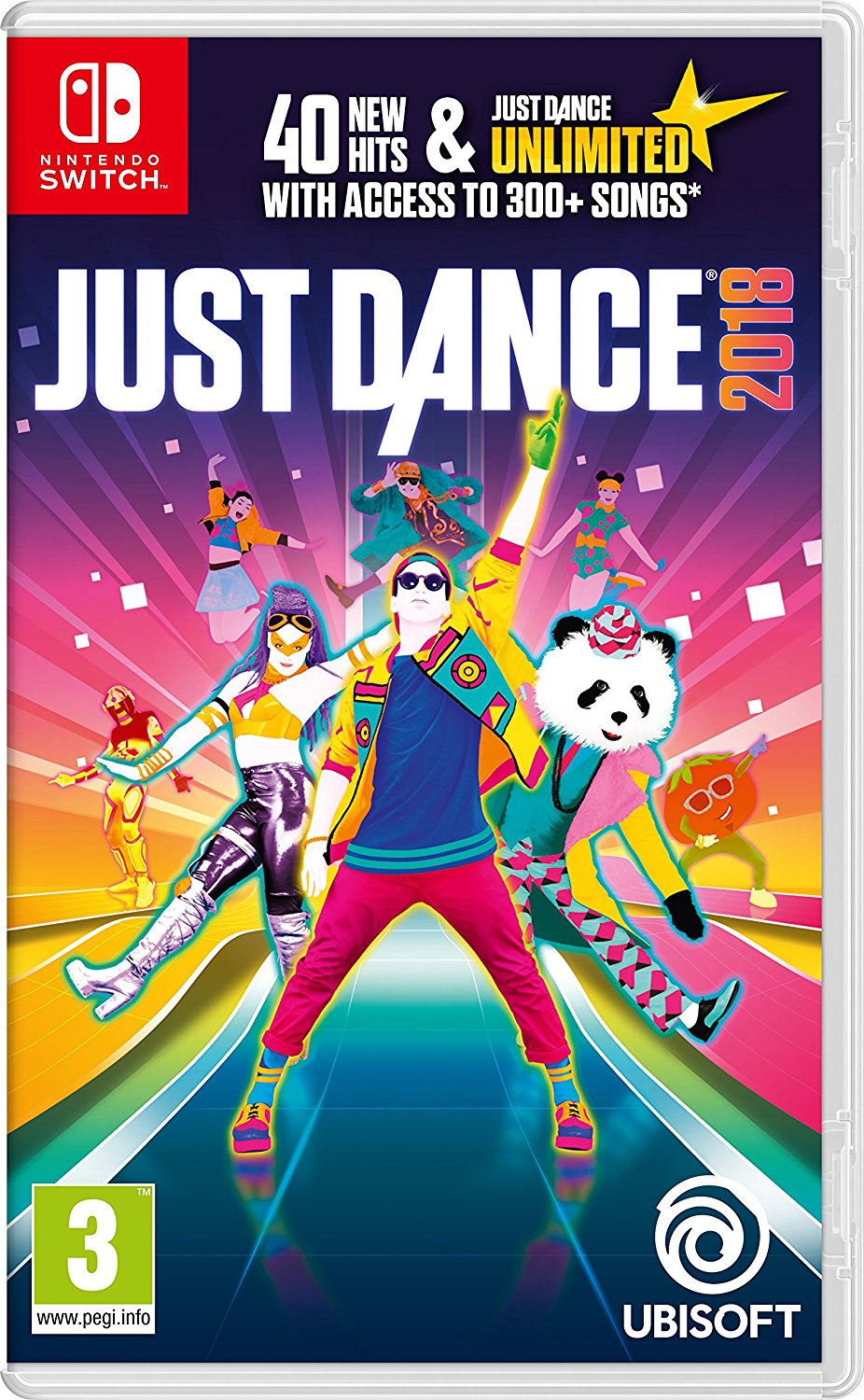