Editor’s Note: More than a year after the game’s original release and our review on Xbox One, this piece has been updated following the release of the game on Nintendo Switch, as well as the content updates that are available to all which reflects on the overall score, and final verdict.

Originally released on PC then all existing consoles since 2016, Jotun: Valhalla Edition has just arrived on the Nintendo Switch, and while it is a simple port of the game to hybrid console, we decided to update the review based on that experience. If you want a more detailed review of the game, then don’t hesitate to scroll down to read it, based on my original review on Xbox One.

If you want to be precise about the result of the game rendering on the Nintendo Switch, then you’ll be happy to hear that it’s on par with the Xbox One and PlayStation 4 versions. The texture is crisp, highly detailed, and the gameplay is precise in term of input-lag with Joy-Con. I will though precise that some scene in the game though with an elevated camera angle can reduce our heroin Thora to a tiny dot on the screen, but these instances are quite rare and usually not deadly battles.

Yet, it seems that the game could use some fine-tuning in term of memory management, as Jotun: Valhalla Edition takes triple the amount of loading time as the Xbox One and PlayStation 4 versions. With an average of 30 seconds and sometimes more, this would’ve been ok with another game, but considering Jotun: Valhalla Edition relies on a lot of die-and-retry mechanics, it gets annoying after a bunch of death. I hope the guys at Thunder Lotus Games will get a patch on that front because it truly ruins the experience.

Jotun: Valhalla Edition original review published on the 30th of September 2016 by and Nazih Fares

The story revolves around the journey of Thora, a Viking warrior who had a glorious life but a dishonorable death. She now has a second chance to enter Valhalla, the paradise of Norse warriors, and thus needs to prove her worth to the gods by beating five Jotuns (the name given to giants in the Norse mythology). These giants have an unimaginable brute force and destructive capacity, but their huge size makes them vulnerable to Torah’s agility, which she can use to her advantage and hit hard with her axe. The narrative story is set with an Icelandic scripted voiceover, which further immerses us in the mood, and of course, subtitles set in the language of your choice. Jotun focuses primarily on Norse mythology and a little less on the heroine’s past, but it does not diminish the work done by the developers.

Handling wise, Jotun drops us straight into the first level with ourselves to discover the controls. You, therefore, find that your usual left stick is used to move, Y allows you to smash your axe down, X will be an axe swipe which is less powerful, the B button to do an evasive roll and finally, as you play through, the A button will trigger powers from the gods. Levels themselves are almost like a slow contemplative progression, and while some puzzles are there, none of them are truly complicated. But in the end, the nature that surrounds the player is dangerous (plants, rocks, lightning, blizzard) and enemies (dwarves, giant birds, monsters) cross your path but without much difficulty, compared to the giants you will have to face. A central zone connects the various worlds called Ginnungagap (primordial void) and will act as a hub to contemplate your progress through a system of illuminated dots, to see if everything was recovered in the level.

Bosses are conventional in how to address them with our axe but they have entertaining and various ways of hitting, which are usually split into three phases. The camera loves to get high for us to discover the surrounding, which we appreciate, but it’s a bit disturbing during the boss fight making the action very tiny (and hard for those of you that are color blinded). That does not stop the fact that the bosses, in particular, are impressive, epic and above all different from each other. The AI is sometimes slow to pick up a few seconds in terms of reaction, allowing us to take advantage more easily. In terms of difficulty, they are quite uneven: Hagalaz, god of lightning is one of the hardest to beat as he quickly attacks our health while Kaunan, the fire Jotun is clearly the most successful one in my opinion, as his fight is exciting, well staged with superb animations. Veterans of the game who want to try something new can benefit from this edition of an even beefier boss, via the Valhalla mode.

Jotun: Valhalla Edition is simply 9 levels across 5 regions and 6 different bosses. After the first world of the forest, all others are accessible in any order you want. The developers recommend following the natural order of Norse mythology, going from Nature, Cave, Winter, Rain and ending with Fire. Jotun: Valhalla Edition will take you six to eight hours to complete, and while it offers a beautiful journey it’s cruelly a short one, especially as some levels are smaller to explore, with some simple open area that is completed in ten minutes.

Finally, a special note on the soundtrack, composed by Maxime Lacoste Lebuis (or Max LL). A very great achievement for an independent game to have tunes that have both the resonance it provides in situations like a boss fight but also on our progress in large-scale environments. In terms of artistic direction Jotun: Valhalla Edition is gorgeously drawn and animated by hand, filled with beautiful environment, each world having a unique style. And to top it all, the panoramic views are simply sublime to the point of asking for a few seconds of calm to enjoy the scenery in the distance.

Jotun: Valhalla Edition was reviewed using an Xbox One downloadable code of the game provided by Thunder Lotus Games. The game is also available on PlayStation 4, Nintendo Wii U and PC. We don’t discuss review scores with publishers or developers prior to the review being published (click here for more information about our review policy).

• The artistic direction
• Memorable and imposing bosses
• Freedom of progress in teh adventure
• Discreet but effective storytelling
• The Valhalla edition challenge
• That soundtrack!

Now available on the Nintendo Switch, Jotun: Valhalla Edition is a great adventure fit for the gods. You'll discover a mystical and mythological story told in Icelandic and a graphic hand-drawn style which is perfectly fitting with Max LL's soundtrack. Sadly this is a relatively short adventure, but worth a visit, just for the pleasure of a quick and beautiful challenge.

An accomplished, award-winning gaming professional with more than 12 years of experience in the videogame industry, Nazih Fares has worked in public relations, marketing, eSports and localization for over 14 different publishers and more than 90 global brands. Fares is currently MENA Communications Manager at Blizzard Entertainment, based in The Hague. His views on this site are his own, and not those of his employer.
More Goodness
ActionAdventureFeaturedIndie 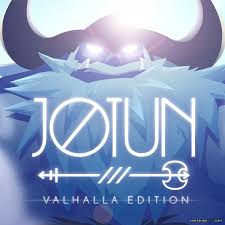