Holobunnies: Pause Café is kind of a strange concept. It’s more or less a preview of a full game coming out in early 2018, and it’s basically a collection of 3 minigames. I guess Holobunnies: Pause Café has been in development for so long that the studio wants to give fans something to tide them over, so this is a quick little title to act as an appetizer. It’s priced at $5 at the moment, which seems reasonable enough. Let’s see how it stacks up

There are 3 different modes in Holobunnies: Pause Café, and each one has its own gameplay. The first mode is boss rush: You take on different bosses and it’s timed. I ran into 4 different bosses with 4 different Holobunnies. It’s tricky but you get it down in about 10-15 minutes. The gameplay is pretty standard jumping and shooting, and it felt pretty reminiscent of Cave Story (maybe it’s the visuals). The bosses were fairly creative though.

The second is called Kitcat’s Adventure, An auto-runner style mode that takes precise timing and has you switching directions and jumping over obstacles. This was probably my favorite mode, as it challenged and engaged me more than the others.

The third mode is Brawler, which is a kind of basic local multiplayer mode. I gave this one a shot a few times and it eventually worked, but there were some controller errors. I got past those and messed around with it, but wasn’t really taken with it

Probably the most remarkable part of Holobunnies: Pause Café is its soundtrack. The music mixes jazzy riffs with heavier metal ones in a discordant, striking manner, but it’s very enjoyable. I definitely look forward to seeing more of this music in the final product.

I’d say olobunnies: Pause Café gets points on its runner mode, but $5 is still kind of steep for a preview game. If ya see this one on sale, have at it.

Holobunnies: Pause Café was reviewed using a PC downloadable code of the game provided by Nkidu Games Inc. The review was tested by Mazen Abdallah on a PC running Windows 10, with an 8GB NVIDIA Geforce GTX 1070 fitted on a 4th Generation Intel i7 4790 3.6Ghz CPU and topped with 16GB of RAM. We don’t discuss review scores with publishers or developers prior to the review being published.

Holobunnies: Pause Café definitely shows us that the devs are working on something promising and that they’ve got the chops, but it’s still essentially a glorified demo 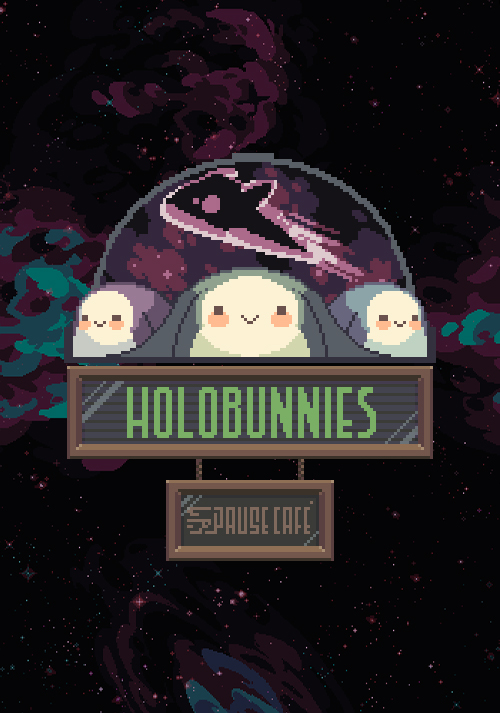