Nowadays, AAA titles like to wow us with big setpieces and big, bombastic moments. Conversely, indie games prefer to endear themselves to us by creating quieter, more heartfelt moments of exploration and reflection. Nowhere is this more apparent than in Runic games’ latest title, Hob. The game is even stranger when you consider that Runic’s previous titles were the critically praised Torchlight games, which many people felt did Diablo better than Diablo did.

Of course, making a classic dungeon crawler isn’t the only talent the folks at Runic have. They also have some pretty talented sound designers, who infuse the adventure of his harmonic tics that are recognizable to fans of the classic Diablo titles, and ataste for granular environments. While Torchlight is very far from a carbon copy with the Torchlight, it is sometimes so close to a stroll in Diablo country that it’s uncanny. There’s some great work all around, and the title has some real pedigree behind it.But does this pedigree translate into a good game experience?

While Hob is very much an indie, it draws on themes from titles like The Legend of Zelda, and more particularly the later instalments. In this open world like a big puzzle made of other smaller ones, the player controls Hob, a mysterious character sporting a red cape and gleaming blue eyes, and missing an arm in a nasty accident. Fortunately, a very nice robot took advantage of his coma to give him a gift of one of its parts, a big rocky hand thanks to which our budding Hellboy will be able to return the elevator: the world of the game is dying, and he has need a hero to heal him. Or rather, put it back in working order.

The suite has the taste of a mix of precise doses between exploration, platforms, solving puzzles (mainly), sword fighting (in smaller quantities) and a touch of RPG.We must imagine the universe as a large circuit board, where light switches connect entire areas of the game. At the end of a wire, there is necessarily a generator to restart, fuses to align or a battery to replace . Pulling levers, moving capacitors, or turning valves allows Hob to reconfigure platforms, power a useful shortcut for later, or open a path to the depths. If the surface is conductive skin, the basement houses glowing organs, large machinery to wake up to raise or lower entire ends of the world and reconfigure the relief. Under a precipice, for example, there is often a succession of slices of land, waiting only for a helping hand to emerge from the depths. This is the gimmick of the game, and probably the biggest energy expense item of the Runic people, given the level of detail and topographic and mechanical credibility of this network. From one end to the other of the game, it’s a little wet dream for lovers of articulated objects who like to poke around and find out what’s going on under a hood.

If riddles are never very complicated in Hob, some players will however deplore the distance at which he keeps his player. A few recurring motives aside, it is a game that is articulated in small maneuvers, whose meaning is only discovered after the fact. The current is put back to such a button, but without being able to predict what it will trigger. We align these platforms, mainly because they are there and the angle adopted by the framing has passed the message. It is never, or almost never, to satisfy a larger purpose that would have been deduced through observation and learning.

The obvious corollary of this approach is that the game can count on a nice sense of mystery and the unexpected, in which it rolls moreover very regularly. Whole continents rise up in front of your nose, release water in a tank changes a hill in an island and the whole is served to the player by a camera eager for any panorama that can give body and mind to the game world Of course, everything works a little better if the cartoon aesthetic with big contours does not push you back – it’s true that Hob has, sometimes still, the air of a game that looks for itself – but a question of value. space, the title knows how to do it, with breathtaking plans to stretch distances, and exhibitions of interiors and exteriors able to tap you.

By choosing an angle of view totally controlled by the game on a very platform-oriented experience, the studio has indeed taken a risk difficult to master. When Hob plays the tightrope walkers on a stone jetty suspended above the void and it is necessary to adapt his movement to the tracking of the camera, it is hazardous. When we want a better perspective on the distance of a jump and we are forced to go to trial, when the hero falls in a blind spot and the game suddenly displays objects in section

On the whole though, the little issues aren’t enough to detract from what is in fact a very memorable game experience

Hob was reviewed using a PC downloadable code of the game provided by Runic Games. The review was tested on a PC running Windows 10, with an 8GB NVIDIA Geforce GTX 1070 fitted on a 4th Generation Intel i7 4790 3.6Ghz CPU and topped with 16GB of RAM. The game is also available on PlayStation 4 via digital store releases. We don’t discuss review scores with publishers or developers prior to the review being published.

• Camera angles can be finicky
• Puzzles are too basic

Hob is a game that really works on immersing you in its world, and the end result is an experience that feels memorable and moving. It’s not as big on gameplay, but in terms of world-building, Hob is one of the classics. 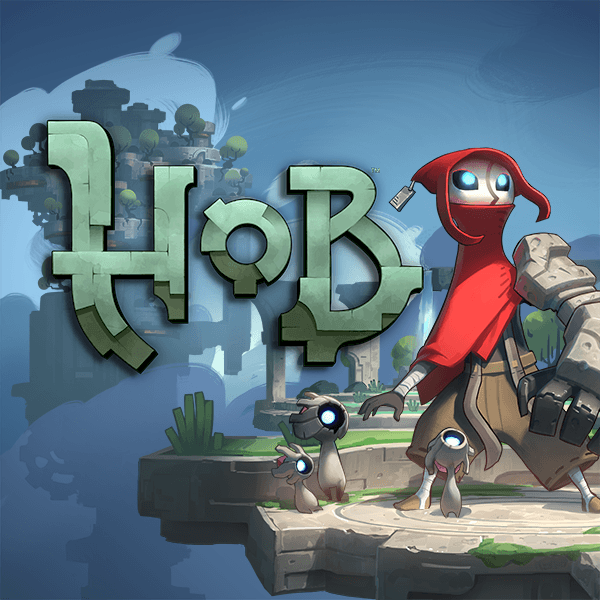