Editor’s Note: Month after the game’s original release and our review on PC, this piece has been updated following the release of the game on Xbox One, as well as the content updates that are available to all which reflects on the overall score, and final verdict.

While Xbox One players had previously been deprived of Ninja Theory’s latest award-winning game, they can finally boast about the game. While the PlayStation 4 Pro version of the game runs well, the Xbox One X definitely tops it to become the best console version. Hellblade: Senua’s Sacrifice display a dynamic resolution up to 4K (against the 1440p on PlayStation 4 Pro), with an HDR that works wonders with the many light effects present in the game.

A bit like a simplistic range of settings from the PC version, the Xbox One X offers three possible settings including enhanced visuals, high framerate or high resolution. This will help those that are into precise combat to opt for example for a locked 60 frames per second in exchange for a reduced sharpness. Needless to say, this mode – also available on PlayStation 4 Pro – offers extra intensity during fights.

The enhanced graphics option delivers such an impressive technical feat that Hellblade: Senua’s Sacrifice is easily one of the most beautiful games on Microsoft latest console, especially in terms of photorealism. On its older model like the Xbox One S (or even original Xbox One), the game is decent enough but it’s nothing in comparison to the X, due to a lower resolution and a reduced level of detail. I do have to say that some textures are sometimes less clear than others depending on the type of element modeled and some slight slowdowns based on each version of the Xbox One. At least, being able to change the performance mode on the fly is very practical, even if it can cause some weird visual bugs, like surprise loading of elements in the scenery.

With the game recently awarded a BAFTA Games Award for Audio Achievement, you can be sure that the game uses the audio engine of the console. Even if Hellblade uses an old technique known as binaural audio, the whole is best played with a pair of good noise-canceling headphones. But trust me don’t go crazy and loop it via a mix-amp receiver and some fancy Dolby Atmos 5.1 or 7.1 speakers, as the way the audio is done is via the duality of just stereo, mimicking the surround effect with traditional binaural audio.

So is it worth it? Hell yeah! If you haven’t played this game because you don’t own a powerful enough PC, or don’t have the PlayStation 4, then it’s finally time for you to try it out on the Xbox One.

Hellblade is a game that seems like it’s not much on the surface, but it has quite a bit going on. It’s a story that tackles heavy themes like loss, fear, and doubt, and it has a surprisingly faithful and well-researched take on mental illness. The game certainly tries to do a lot, but does it manage to take all this effort and make a game that’s worth your time and money?Let’s see.

A good and powerful adventure will not only saturate you during your time; it’ll lure you back as soon as it’s over. On the other hand, the experience may have been so effective and stung so deep that the last thing you want to do is go out on the same route again.

Hellblade: Senua’s Sacrifice is a prime example of how cinematic game experiences can be made. Its atmosphere is rich and detailed, the sound design is immersive and skillfully rendered, and the voice acting is powerful.

Our story opens with an abandoned woman on a floating log. The world around her is gray; on the river, the clouds are as in the sky, and on land, two mountains make a natural wall that separates the area from the other side from the rest of the earth. Hellblade’s world is one that is both beautiful and hideous. There’s a grand, imposing sense to the environments, but at the same time, it seems cruel and uninviting.

The first thing we learn about our protagonist, Senua, is that she is afraid. This is a fact the voices in her head remind her of over and over. Senua is a troubled character, and the voices in her head seem to torment her constantly. They’ll yell at her to go back, and ask her what she’s doing. At times they’ll talk about her like she isn’t there. The voices effectively put us in Senua’s shoes; we feel her doubt and fear

Senua has nothing to be ashamed of when it comes to being afraid. The game’s opening is pretty terrifying, as it turns out you’re entering Norse hell.

Eventually, Senua has to brave even more dangerous terrain, as she crosses perilous bridges, climbs mountains, and crosses valleys. In the process, she’ll need to take on the guardians of this strange and scary world, all while fighting her own demons and trying to overcome her own problems.

If you could only see pictures of Hellblade: Senua’s Sacrifice, it would be difficult to understand how the game differs from many other action games. Of course, Hellblade is one of the most impressive PlayStation 4 that can be seen visually, so it’s definitely a better-looking example. Still, you would not understand what distinguished Senoa’s journey from infinite many others out there. Here you need both sound and picture – and preferably good headphones.

Some of the things that make the journey through this Norwegian-inspired Helland landscape so unique are how the sounds complement the visuals. A gloomy landscape resting on mortality becomes all the more daunting of being at the same time a passive participant in an all-encompassing mental dragon. Even though they take short breaks, the voices in Senuas head are almost always present, and along with dark music and credible sounds, they put a unique stamp on the experience.

It’s not just the voices you have to fight in this world of shame. Abominations and idols that threaten Senua are where the worst threats await. Worse still, Senua is sentenced to living with a rotten body. Every time you die in the game, the disease spreads through the body. Should you lose a life so many times that the virus takes over, you have to look beat and the adventure ends up well.

This eternal threat makes every action necessary. It’s just getting nervous every single time Senua pulls his sword up the slate and witnesses are monsters that move towards her.

Fortunately, the battle system is thoughtful and exciting. The fencing is based on light and heavy cuts, blocking and parrying. In addition, Senua can use an innate ability that allows her to focus, which reduces the time and opens the enemy for attack. Like everything in Hellblade, fencing is a heavy affair, but this movement style gives the game yet another level of credibility. Senua does not run in super speed and does not jump easily on the toe.

Many of the battles in Hellblade take place in closed areas, making it easy to get around. This would have been devastating, it was not because the voices in Senau’s head warned her of dangers, breaking out with a “beware!” If you were at risk of being chopped.

The game isn’t particularly long or particularly difficult, but it’s a memorable experience, as we seem to witness the troubled nature of Senua and the struggle she’s going through. Ninja theory could have phoned it in here with a by-the-numbers action brawler, but instead they went for a real adventure title.

Hellblade: Senua’s Sacrifice was reviewed using a PC downloadable code of the game provided by Ninja Theory. The review was tested by Mazen Abdallah on a PC running Windows 10, with an 8GB NVIDIA Geforce GTX 1070 fitted on a 4th Generation Intel i7 4790 3.6Ghz CPU and topped with 16GB of RAM. The game is also available on PlayStation 4 via digital release. We don’t discuss review scores with publishers or developers prior to the review being published.

• Enemies sponge damage
• Some puzzles are too easy

Hellblade: Senua's Sacrifice manages to immerse its players in a scary and dangerous world, and it manages to effectively put them in the shoes of its troubled protagonist. The game has some great action, but its story makes it a gripping adventure that has a surprisingly accurate take on mental illness

Review: For Honor
Be the first to comment!
Leave a reply » 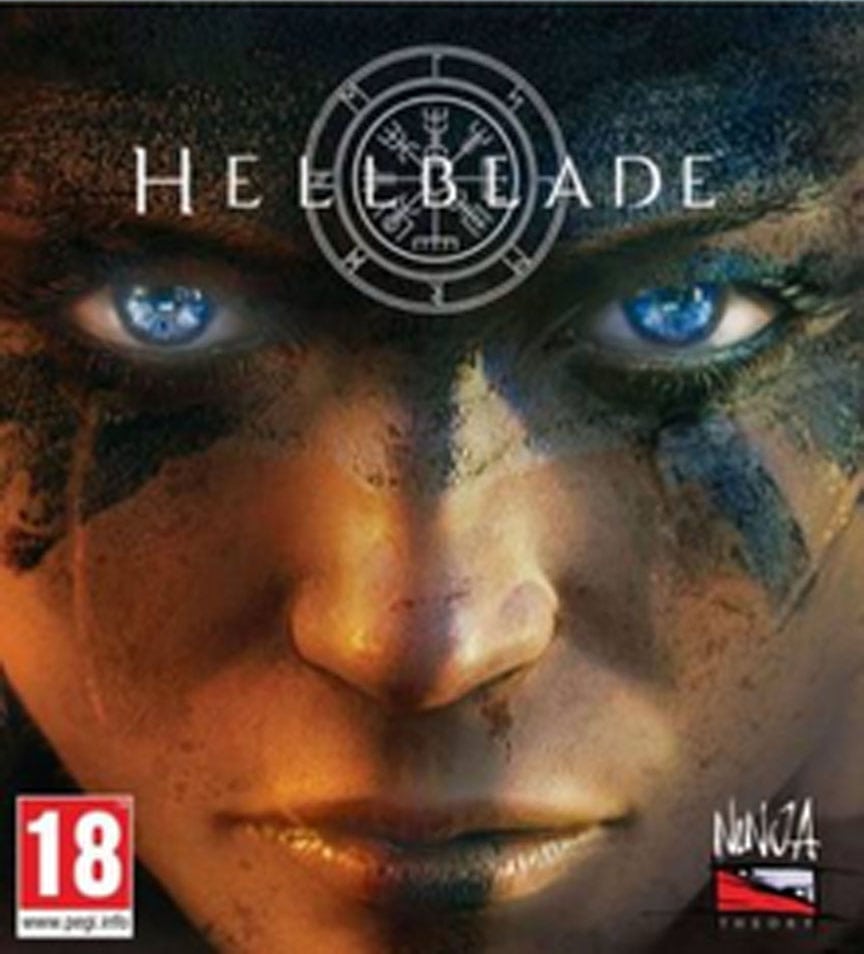