Developed by Cellar Door Games better known for Rogue Legacy, Full Metal Furies is a sort of beat’em up or brawler, which ditches the the Rogue-like essence the team is mostly known. Here, we are dealing with a mix of brawling with other genres, such as shoot’em up and RPG, but how can all this create a homogeneous, coherent and effective game?

The script of Full Metal Furies is certainly not a pinnacle of writing, but it is self-sufficient, given that it will be mainly question here to support the intense gameplay. A mysterious informant reveals to the four Furies about an imminent war after the fall of the king, which can be avoided by eliminating a number of Titans on a fantasy world. And thus the game will start with our four female fighters on the path of war, in pursuit of these powerful creatures known as Titans, which will obviously will be bosses to defeat.

And like any self-respecting game boss, these Titans will be surrounded by an army of minions, and it will be up to us to get rid of them by the dozens, before switching their aim on their leader. All this is done through multiple levels with various themes, and overall, Full Metal Furies is a 2D style brawler that reminds me of the arcade days, or even the SNES and Mega Drive era in the 1990s.

In Full Metal Furies, you will have the choice between four types of fighters, which may radically change the way you play according to the one you have picked. Two of them are more or less the same in terms of melee combat, but differentiate by being either a Tank or Warrior class, while the Engineer and the Sniper are more into long-distance fighting. But the choice of this or that class does not stop with the core concept of the game’s combat, as Full Metal Furies has RPG elements, starting with a skill tree specific to each character, that you can develop over the course of your battles, thanks to resource and money from vanquished enemies. And so you end up being free to choose your favorite Furie, then farming the offered levels to build her the way you like.

The more you develop your attack power, your defense or your special moves, the more you will progress further in the game, which is also not stingy in terms of challenge, levels and boss fights, which are numerous enough to to encourage you to level all of your Furies (especially if you play several). All this help because there’s different ways of playing Full Metal Furies.

While the game has an obvious single player mode to start, it will be the perfect opportunity to choose a favorite heroine, one that will best match your type of gameplay. Because each type comes with its advantages and disadvantages, you’ll learn through experimenting. In addition to that, you can appoint a secondary fighter, with which you can quickly swap with a simple button press, depending on the situation, especially since each character can take care of a specific color of enemy shield. So, it’s up to you to compose your pair in the best way possible, and to make them both progress through fighting and experience. If you’re more into a coop player, you can also choose to compete with friends, online or locally, creating the perfect team and the most heterogeneous possible so that everyone can support others in case of a blow.

Full Metal Furies as whole is not an easy game, and sadly grinding will be needed to get good at it; but when it’s pleasant, it’s not a problem, and thankfully this is the case here. I’ve enjoyed replaying old levels by testing out new skills, and finally beating opponents who were painful us in previous runs, without forgetting that the game offers a good number of secondary stages.

To end with this review, I’d like to focus on the technical aspect. Full Metal Furies has a visual identity, audio effects and soundtrack that is greatly done, reminding me of Scott Pilgrim. Drawn with a colorful pixel-art brush, it’s the soundtrack and chip-tunes effects that will pair perfectly with the actions and animations.

Full Metal Furies was reviewed using an Xbox One downloadable code provided by The Cellar Door Games Team. THe game is also available on PC via Steam. We don’t discuss review scores with publishers or developers prior to the review being published.

Full Metal Furies is a demanding game from the great minds behind Rogue Legacy, merging RPG and brawler elements into one hell of package. A must-have for everyone on either Xbox One or PC, but we'd recommend playing it with friends or online.

Review: Absolver
Be the first to comment!
Leave a reply » 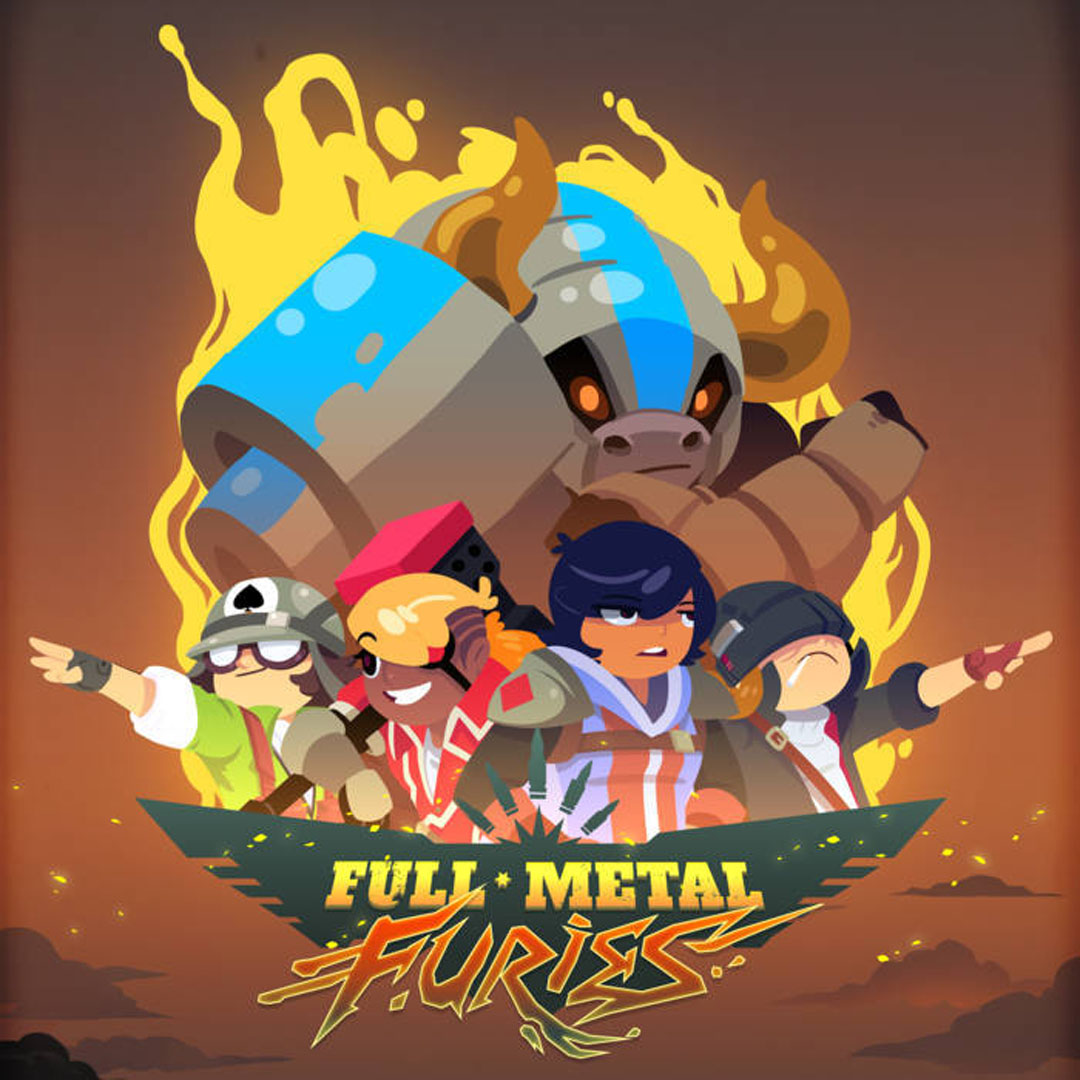