Announced back late 2011, it took Epic Games and the People Can Fly team over five years to finally release Fortnite, which is probably their most ambitious project to date. Yet, before we start this review, you should all note that although the game is out now on most platforms, it is technically a paid early access version of the game. Yes, despite having a price tag, Fortnite is in fact still in active development, with a planned full free-to-play release next year. While some might feel cheated with this move (and I cannot blame them honestly), Fortnite has a lot of good intentions, but it might not be enough to sell the product.

The root of Fortnite is a fusion between a construction and third person shooting game, heavily influenced by the mood and graphical touch of Pixar or similar animation studios. The colors are glossy and exaggerated in some way, giving us a unique cartoon-ish feel to the game, which is a change from the usual zombie-infested post apocalyptic games in the market. Anyway, Fortnite’s video introduction and quick tutorial will act as a way to let you know that a catastrophic event killed almost of the population of the Earth, leaving now a planet infested with zombies and other humanoid monsters coming out of portals triggered by weird ass storms! The main hero (you) will manage to escape and saved by three AI robots sheltered in a bunker, ready to help you establish a base of operations so you can be ready to search for survivors.

The construction part is kind of similar to Minecraft-esque games, and so equipped with a pickaxe, you will be able to harvest different resources depending on what you are bashing… Which can be anything from a pile of stone, to a mine cart, or even cars and trees, to collect eventually wood, stone and metal to build structures. The building mode will be accessed thanks to a simple press of the button B, whereby our character will be able to pick from preset construction plans and build flooring, walls, doors, etc. And so within a few minutes, you’ll be able to build your very own small fort, and eventually fit it with traps to protect it.

The aim of these fortifications is obviously to resist waves of zombies that appear “magically” via portals, and will do everything in their power to destroy the structures you just built. On top of the traps you can build, you’ll be able to use an array of traditional but also goofy weapons to kill them, such a uzis or even samurai swords. And so from the first mission, the player feels all the potential of this gameplay that combines a sort of tower defense and construction game with a third person shooter that is after all done by the guys behind Bulletstorm and previous Gears of War. It is addictive and we almost forget that the game is a Free to play (at least eventually will become one).

Because yes, Fortnite is indeed planned to become a Free-to-play title, but for the moment is accessible only by buying one of the “founder’s edition” of the game ranging from a price tag of  $39,99 all the way to a whopping $149,99 (which gives you two spare games to share with friends). These versions are actually differentiated by the rewards included, which could be an assortment of exclusive heroes, and especially a ranging amount of “lamas”, Fortnite’s own version of loot boxes.  Style like mexican Pinatas, these lamas get bashed by your character, and reveal loot like new heroes, upgrades, weapons which sadly will prove to be the only way to progress in the game.

You see, Fortnite’s economic model does not seem to be on point at the moment. While it borrows elements from many other Free-to-play games, it sometimes picks up the bad examples of most, with an omnipresent in-game currency and absurd restrictions in our character evolution. It is all the more frustrating that after paying the entrance ticket and accessing the offered content before the switch to free-to-play that you do not feel much more advanced than probably those that will play – for free – next year.

The game is split into sort of missions which have two distinctive phases. The first one is based heavily on exploration where a player can travel into these procedurally generated maps, and search for valuable tools and ressources. You will also find secondary objectives such as saving survivors, defending points of interest, building radio towers, performing sub-quest tasks and, most importantly, collecting precious BluGlo. This element, which has no use outside of the missions, serves both as a way to activate certain devices on the map, but is mainly essential during the second phase which is the fortification and defense phase against a horde of zombies.

This is the most important and also the most fun part of the game, and sets it apart from all other survival shooter games. Whether you are playing alone, or with friends, your task in the end is to build a fort around a certain key point, and obviously “fortify” it with traps and protect it with your firepower. Even if you’re not the social butterfly, the game seems relatively easy to use to have player naturally and logically build a fort with with random online strangers. Yet, there will always be players who do their little stubborn things in their own corner or others who leave the game randomly, but in general it is in everyone’s interest to finish the mission and get to the end, which rewards you with chests. Once the fort is built around a target that needs defending, you’ll have to active the latter with BluGlo, and then resist waves of enemies, including zombies of different sizes and sometimes different attacks. Once the timer falls to zero, you’ll be done with the mission and will return to the main menu of the game to pick the next one.

I did though experience some issues though on the front of server connectivity. While I might not have the fastest connection there is, I still have a stable ping, but the game in general seems to lag in terms of animations and response, as well as plagued with random connections. By the time I’m writing this review, there’s been two patchs deployed, and while issues are less noticeable, they are still there.

Fortnite was reviewed based on an Xbox One Founder’s Pack of the game. The game is currently available on Xbox One, PlayStation 4 and PC via paid early access and will switch to a Free-to-Play model in 2018.

Fortnite might have good intentions, but the technical issues in terms of connectivity as well as the obvious paywall might push away potential players. While the core of the game in terms of gameplay is great, with a smart merge between construction, tower defense and third party shooter, Fortnite has the opportunity to become something great, if fixed in time for its free-to-play transition next year. 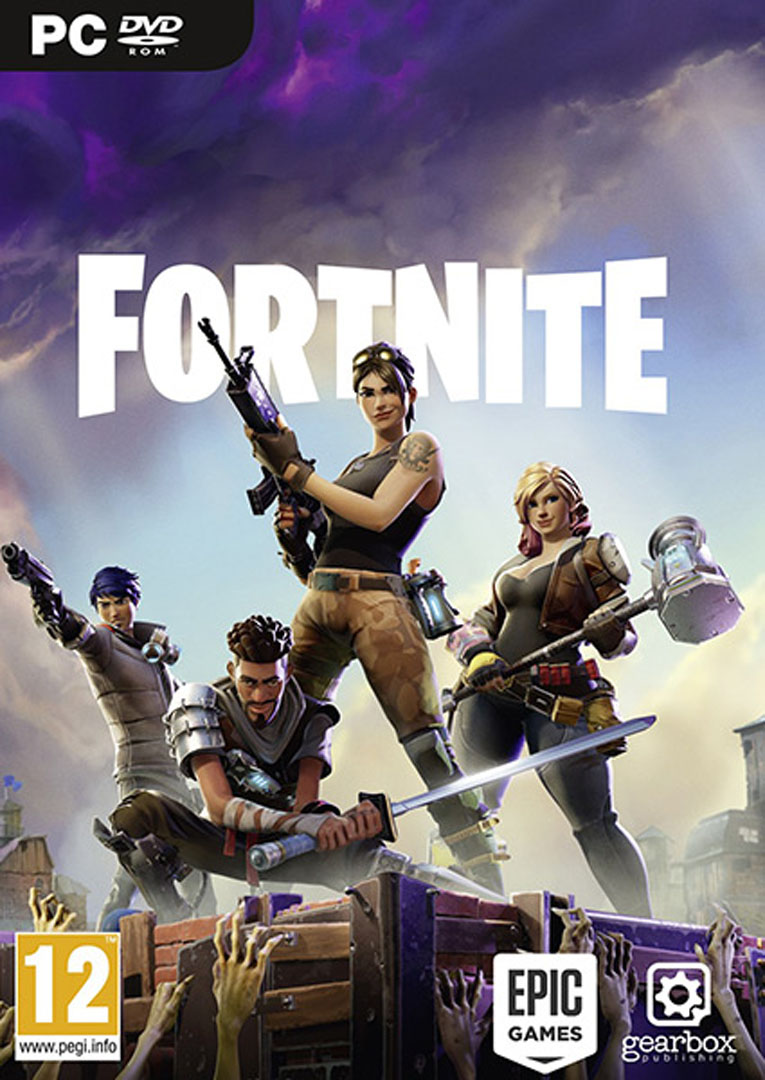