Helped thanks to the Square Enix Collective, young Danish studio ThroughLine Games finally released their debut title: Forgotton Anne. A narrative story, where players embody the young girl Anne in a poetic adventure in the Forgotten Lands, a place where all the discarded and lost objects are found. On paper, the script of Forgotton Anne is worthy of a Disney tale, with endearing characters and a magical universe.

A 2D adventure and puzzle game intended for any type of player, Forgotton Anne is simple gameplay wise, which simply gets more complicated throughout the game with riddles. The universe in which we are immersed from the first moments is made up of different inhabitants all so endearing to each other, forgotten and abandoned objects of the human world, like your usual teddy bear, a scarf or even a shoe. Very quickly, this world at first glance seems tormented and we feel that a somewhat tense mood reigns around the Forgotten Lands. Thanks to its well-animated cutscenes with Ghibli-inspired drawings, the game will be a feast for your eyes, but also in its core game animations and the different sets that form the background of this adventure.

As mentioned, you are Anne, a charming young woman, guardian of the order within the Forgotten Lands. Our character lives at the top of a tower and responds to the orders of Master Bonku, the only other human being of this realm. For this, you are equipped with the Arca, a ring to distill any anima – or lifeform – of forgotten objects in the snap of a finger, which will be critical to your adventure.

Indeed, you are awakened by a sudden explosion which ends up with a complete cut of anima on all the city, an event alarming when one realized that the anima is the core resource and energy of this world. Anne then decides to take a closer look and finds that a rebellion against her master Bonku is the cause of the attack. During your journey, you will sometimes face several choices during a dialogue, at the end of it, it will be mentioned that the result could have been different, a very interesting and fun part of the title. This brings a real expansion of the narrative and deep gameplay because the game will not forget your choices and it will haunt you throughout your adventure. At the end of the day, both sides – the rebels and Bonku – defend their own cause, and it will be up to you to discover which one seems to you the justest. A story extremely well puts together, with several plot twists that await, however, I regret the lack of greater consequences due to our narrative choices. As Anne, you will investigate various recent events, and our heroine will keep a diary in which she will transcribe all her adventures in the form of a report, used to be sure to make the right decisions.

While the script and visual aspect of the game is good, the gameplay mechanics are rather simplistic, and you’ll realize that as soon as you tackle the first action phases. While you can jump, climb and run, your core gameplay tool is the Arca-ring, which with a simple touch will allow you to enter Animavision. This vision will let the young woman use the Arca to transfer the anima to different objects or even to distill a rebellious forgottons. This tool will be very useful during the puzzle phases, as riddles require a real reflection to solve, and are quite varied to never feel a sense of routine.

The developers have created a complete universe and at the same time managed to give players the desire to get involved in the story to help different characters. A lot of forgottons will cross your path but among them, some will be particularly memorable, including Fig, the puppet with the blonde wig. An enchanting world full of surprises, some parts of the story are part of almost a 2D open-world, hiding many optional surprises if the player is curious enough.

Forgotton Anne was reviewed using an Xbox One downloadable code of the game provided by TroughLine Games. The game is also available on PlayStation 4 and PC via digital store releases. We don’t discuss review scores with publishers or developers prior to the review being published (click here for more information about our review policy).

With Forgotton Anne, Danish-based Throughline Games have managed to take the player in the heart of a narrative adventure, with neat gameplay mechanics, but could be too easy for most players. 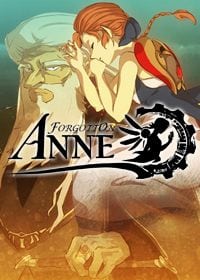