Fist of the North Star: Lost Paradise is a videogame based on the classic manga series of the same, developed by the Yakuza team at SEGA. The 27-volume manga has been adapted into multiple TV anime, novels, and even a live-action movie that I don’t like to talk about, but SEGA has made the wise decision to tell a spin-off story that stays true to all the elements of the series while still serving as a great entry point for those unfamiliar with the franchise. Lost Paradise is a fantastic action adventure game that everyone can enjoy.

At the beginning of this story, the protagonist Kenshiro finds out that his fiancee Yuria, once presumed dead, is actually alive which sets him on a path to find her. This journey brings Kenshiro to the city of Eden where, after getting some setup out of the way, he ends up getting involved with the local politics and struggles of the people. A lot of the game’s first act is a long-winded narrative road to bringing Kenshiro to a place where he can essentially serve as a Kiryu equivalent in what is, for all intents and purposes, a Yakuza game. It hits all the beats: you run around a small open district, get into fights with thugs and lowlives, and even spend some time serving as a bartender or a club host. It’s all here and it’s just as wacky as you remember.

Even the map and elements of the UI are right out of a Yakuza game with the same icons and art elements, colours, etc. The minigames and sub-stories from the Yakuza games are all here, too, although all wrapped in a distinctly Fist of the North Star skin that separates them from the ones found in Yakuza. The best part is that these similarities are far from a detracting factor, they’re actually what make Lost Paradise a worthy undertaking. Because it’s basically Yakuza but it’s Fist of the North Star and that is absolutely brilliant!

The core gameplay loop is as engaging as you expect and the side-content is diverse and interesting on its own. The minigames all have enough depth to shoulder entire games on their own, and everything is steeped in that bizarrely specific sense of humour that comes with the anime territory. Strangely enough, the biggest point of difference from Yakuza is actually the way combat works. As in the original manga, Kenshiro practices the highly lethal Hokuto Shinken martial arts which let him decide who lives and dies. What this really means is that you get to punch people so hard, their heads explode. Fights often devolve into pools of blood and chunks of body parts, and it’s a glorious sight.

You chain light and heavy attacks into combos to whittle down enemies’ health, after which you can strike their ‘channelling points’ to initiate devastating finishing moves for massive damage. In addition, you build up a Ki meter as you fight, which functions the same as the ‘Heat’ gauge in Yakuza. Once full, it lets you enter ‘Burst Mode’ during which you deal higher damage and get easier access to your finishers. Once you start a finisher, you have to perform a series of small quick-time events which end with a freeze-frame while Kenshiro dramatically announces the name of the attack he just did. It’s all very flashy and somehow never gets old.

Winning fights gets you XP which you use to level up and unlock moves across four branches of a skill tree which is, you guessed it, just like the Yakuza series. It has the same layout and uses the same systems to impose the same limits on you, making sure you think carefully about how you spec your skills. Fighting, however, is just a small part of the core gameplay loop. When you aren’t making heads explode, you explore the city of Eden and interact with its denizens. There is a very strong Mad Max vibe permeating the game world, with an air of portentous gloom and desolation. Not for the player, of course, since all this tragedy means you have a ton of things to do. Street signs and shops constantly demand your attention, and the city is bursting with quest-giving NPCs ready to send you off on one wacky quest after another.

A standard playthrough of Fist of the North Star: Lost Paradise will take you around 20 hours, although checking off every single activity will easily stretch that playtime upwards of 30. The story takes a few dips in the middle, but the moment to moment writing is consistently excellent. The game offers both English and Japanese voice tracks, both of which are great. The translations are on point and contain enough puns and references to keep you chuckling throughout your time with Lost Paradise.

Fist of the North Star: Lost Paradise was reviewed using a PlayStation 4 copy of the game provided by SEGA. We don’t discuss review scores with publishers or developers prior to the review being published (click here for more information about our review policy).

Fist of the North Star: Lost Paradise is, in many ways, the ultimate power fantasy videogame. Every aspect of it has been designed from the ground up to make the player feel like the biggest, baddest guy on the block. Sure, its core structure and gameplay loop borrow judiciously from the Yakuza series, but its combat, writing, and overall tone strike enough of a difference to make it its own thing. If you’re a fan of the manga on the lookout for a great videogame adaptation, this is absolutely the game for you. Although, I think Yakuza fans, or even people who just enjoy damn good videogames will have a hell of a good time with Fist of the North Star: Lost Paradise. 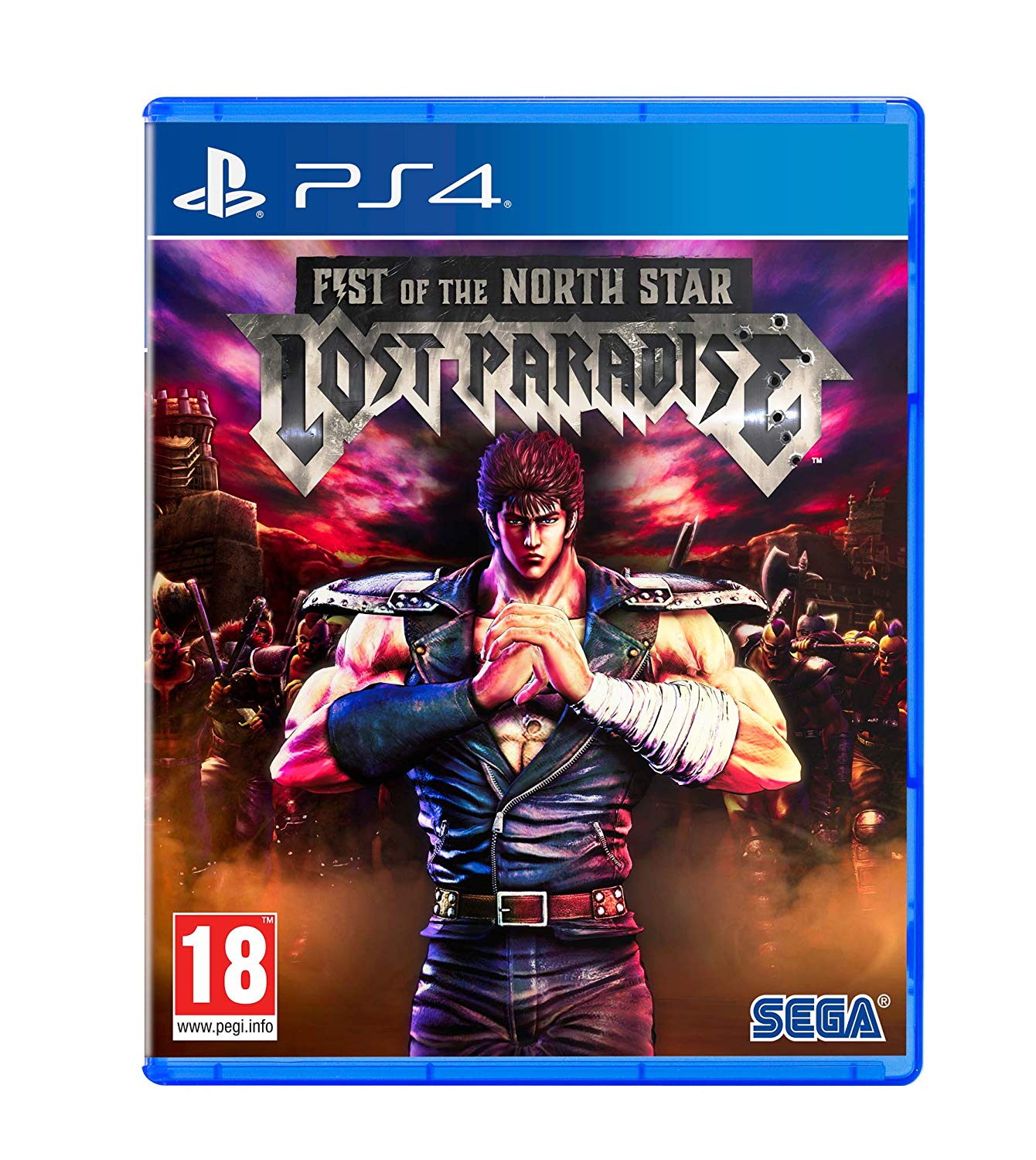