Final Fantasy XII is a true survivor, the last remnant of the old gaming JRPG world, in which Square Enix succeeded in laying a trilogy by generation of machines, and where each adventure succeeded in claiming the legacy of a legendary saga. Relatively traditional in comparison to the latest entry (Final Fantasy XV), Final Fantasy XII was quite a strange switch of mechanics at the time, ditching the original Final Fantasy turn based combat for a gameplay closer to a MMORPG.

Obviously, the original Final Fantasy XII recipe remains intact, although some nice additions came to spice it up properly, to justify coughing your hard earned cash especially for those that played the original game. For those that never played it, Final Fantasy XII: The Zodiac Age drops you into the fantastic world of Ivalice, a world rather influenced by an Arabic theme, where a small group of rebels will try to play a major role in the eternal conflict which opposes two empires. If the script reminds us as much of Star Wars in its first hours as from the other Final Fantasy, it allowed the Square Enix team to build the foundations of an original universe and innovative artistic direction. For the rest of the game, you can bid farewell to the separation between confrontations and exploration as Final Fantasy XI was completely played in real time and without combat transition.

So what does this remaster brings in terms of technical enhancement? Already thought to be displaying at 16:9 ratio in its Japanese version (back in 2009), Final Fantasy XII: The Zodiac Age was already a very good looking game for the PlayStation 2’s era. The universe is vast and colorful, but the area explored remained relatively limited in size in comparison to Final Fantasy XV. This problem thankfully is fixed with the remastered version, as loading times are quick, passing from one area to another in the blink of an eye.

Final Fantasy XII’s high-definition facelift bring fresh new effects as well, and if the game gains in finesse and color, it also greatly enhances the level of details visible on screen. It may not sound like much, but it actually changes the overall feel of Ivalice: the clothes and fabric look richer and allow the characters to feel more alive, as well as environments bursting with life. Without going so far as to say that it transforms the tone of the original game, this extreme makeover proves more justified and finished than that of Final Fantasy X | X-2 HD Remaster (which technically was a port to PlayStation 4 of a PlayStation 3 to PlayStation 2 remastered game).

In order to make the adventure more convenient than ever for JRPG fans and potential newcomers, Square Enix also offers you to accelerate the pace of the game by multiplying it by two or four times. Without ever accelerating the in-game time, this “fast forward” effect is a wonderful tool that should be made mandatory in all games of the genre, especially when some can’t be bothered with endless conversations and slow paced in-game cutscenes.

The other great point in Final Fantasy XII: The Zodiac Age lies evidently in the Gambits’ system. For those of you that played Persona 4 or 5, it’s similar to an automated team strategy, where you can let your team run a set of actions automatically, and could remind you of the macro system found in Final Fantasy XI. It’s a behavioral program set by the player for his teammates, which avoids having to manually pick each action, focusing on a perfect synchronized set of strategies. This system will delight the obsessive control freaks and MMO players, provided that you’re not put off by the time spent in the menus to set up all these strategies. But combine these elaborately crafted Gambits with this freedom in class selection and an accelerated pace, and you will eventually get a ruthless team of war machine.

In terms of new additions, the majority come from the Japan only released Final Fantasy XII International Zodiac Job System (thus the actual name of the remastered), which are the twelve License Boards, each one representing a job and of course the Trial mode, which gives you a set chain of various enemies to fight within a time limit. While the latter will allow you to test and refine your risk-free combat strategies, it will also allow you to collect a lot of items that can be used in your main game (Yes, rejoice, we have loot grind mechanics).

Finally, I should praise the last colossal addition of this high definition port which is its soundtrack. Already grandiose at the time, it now changes dimension. Hitoshi Sakimoto’s highly successful tunes (who also worked on Final Fantasy Tactics and Vagrant Story) are amazing, and the original mixed and newly re-recorded soundtrack can be switched when you want in the game options. Trust me, there’s a majestic feel to it, with a beautiful array of strings, brass and percussion that you won’t find any other similar style in other Final Fantasy games, and is supported by the PlayStation 4’s 7.1 Surround capability.

Final Fantasy XII: The Zodiac Age was reviewed using a PlayStation 4 digital code of the game provided by Square Enix. The original game was released back in 2006 on the PlayStation 2. We don’t discuss review scores with publishers or developers prior to the review being published.

• A certain latency in the menus that hurts the flow.
• Some random drop frames but nothing too serious

For once, Square Enix did not do a lazy remaster with Final Fantasy XII: The Zodiac Age. Those who have already played the game will discover almost a different Ivalice filled with a reworked musical themes and a more sustained rhythm of play.

An accomplished, award-winning gaming professional with more than 12 years of experience in the videogame industry, Nazih Fares has worked in public relations, marketing, eSports and localization for over 14 different publishers and more than 90 global brands. Fares is currently MENA Communications Manager at Blizzard Entertainment, based in The Hague. His views on this site are his own, and not those of his employer.
More Goodness
BundleFeaturedFinal FantasyJRPG 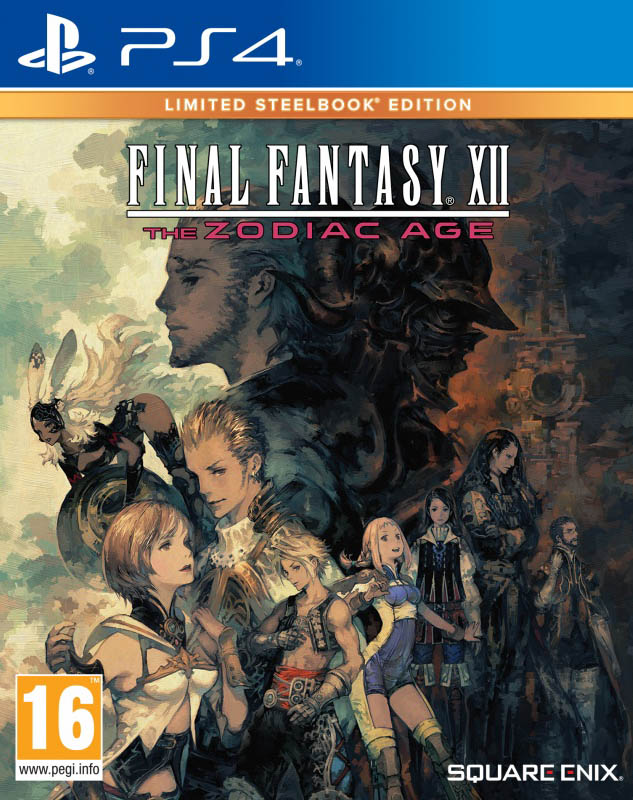