With Fear Effect Sedna, French developpement team Sushee had a big bet by moving away from the franchise’s original gameplay. It’s no easy thing to work with a cult franchise, especially when it has been dormant for now 17 years after the clash between the original developers Kronos Digital Entertainment, and their publishers Eidos Interactive. After getting the blessing the current IP owners – Square Enix –  Sushee amassed funds via Kickstarter and Square Enix Collective crowdfunding platforms, and gave us a Fear Effect with a different gameplay offering: An isometric style action adventure game.

This has allowed the game to give us direct control of more than one character at a time, in a universe and mood true to the Fear Effect franchise, with a fun and modern redesign of everyone’s favorite Hana Tsu Vachel and Jacob DeCourt, but also the rest of the gang. With a script that is what made the series so great, Fear Effect Sedna plays on the same vibe of making our protagonist the antiheroes that we always loved. You see, Hana, Rain and the rest of the charismatic protagonists in the game were never good nor bad guys, but more like  in the middle, changing their shades of grey depending on the situation and mission. Plus in our modern days, I’m very happy to see that the developers didn’t fall for the trap of oversexualizing the relationship between Hana and Rain to appeal to a male audience, which cause quite the controversy back when Fear Effect 2: Retro Helix was launched. And so the story in Fear Effect Sedna will be told in various settings, which mixes futuristic elements with Inuit mythology, with gorgeous cutscenes that kind of respects the aesthetic line of the franchise, but with more elaborate and stylized 3D models.

The inspiration of Fear Effect Sedna and its isometric style game reminds me of Shadowrun Returns and XCOM. You move the characters in real-time through a set of stages, with each of your partners can follow you or stay put until you order them around. Each of the characters have different skills available, and with a touch of a simple button, you can switch to another hero at any time, which in ways is fun during battle. You see, this where the mix comes in, where you can choose to either shoot and defend yourself with the action controls like any isometric shooter, or stop the action and use the tactical mode where you can plan the next set of moves like an XCOM. Plan this with the fact that each character has special abilities like Hana’s enhanced bullets and Glas’ grenades, then you can take on any mission. However, the focus is not only on combat in the game, as stealth plays a big role, and it’s often a good idea to get rid of enemies with takedowns than to go gun blazing. If you move on slowly, the fields of view of your enemies and other elements like surveillance cameras are displayed, but it’s not perfect. The visibility in the levels are mostly dark, especially in narrow corridors of walls and objects.

Then we have the puzzles and riddles, which come as pleasant way to break the action between sets. They demand observation and thought, but sometimes have instant-death mechanism which punishes us with instant game over. Because of the minimal explanation of each puzzle, this die-and-retry approach is really annoying, and I wish they could somehow fix that even if most of the time hidden clues are in each level. Something that was featured in the old Fear Effect was replayability, as each level offered different ways to finish the mission, and Fear Effect Sedna is no different. But the amount of collectibles (which unlock concept art) and the rather simplistic multiple endings of each level, on top of the rather short lifespan and a really dumb AI doesn’t really compare to the amount of content in the main franchise.

Now on the point of the technical level of the game, I do have some issues. Reviewing the game on the Nintendo Switch has been a delight in handheld mode, but once docked, things are rather crude and I almost went blind trying to squint to see the elements on the TV screen. Sure Fear Effect Sedna has a beautiful settings and textures, with great work on the lighting effects, but it’s the character animations that are rough, even in the cutscenes with strange expressions and movements. Don’t get me wrong, the new chapter will likely satisfy the fans of the series which are used to the rough polygons shapes that used to form our heroes, but it will disappoint the new audience expecting a 2018 title.

Finally i’ll end this review on a good note, by pointing out that the audio part of the game is excellent overall. The voiceovers are done by a brand new batch of voice actors, and even if I’ll miss the original Hanna (played by award-winning actress Wendee Lee), the new cast feels genuine. The settings, environmental sound effects and other audio samples are well tuned to the franchise, but it is especially the ambient music of each level that immerses you fully in the universe of Fear Effect, full of suspense and tension.

Fear Effect Sedna was reviewed using a Nintendo Switch digital download code of the game provided by Sushee. The game is also available on PlayStation 4, Xbox One and PC in digital releases. We don’t discuss review scores with publishers or developers prior to the review being published (click here for more information about our review policy).

With Fear Effect Sedna, Sushee has managed to create a different yet faithful new episode in a long forgotten cult franchise. While the gameplay mechanics are not optimal for most, and the graphics engine is sub-par for what you would expect from a 2018 title, but it's worth picking if you're a fan of Fear Effect. Here's hoping Fear Effect Reinvented, a remake of the original Fear Effect and Sushee's other project, will be a better way to showcase the French studio's talent. 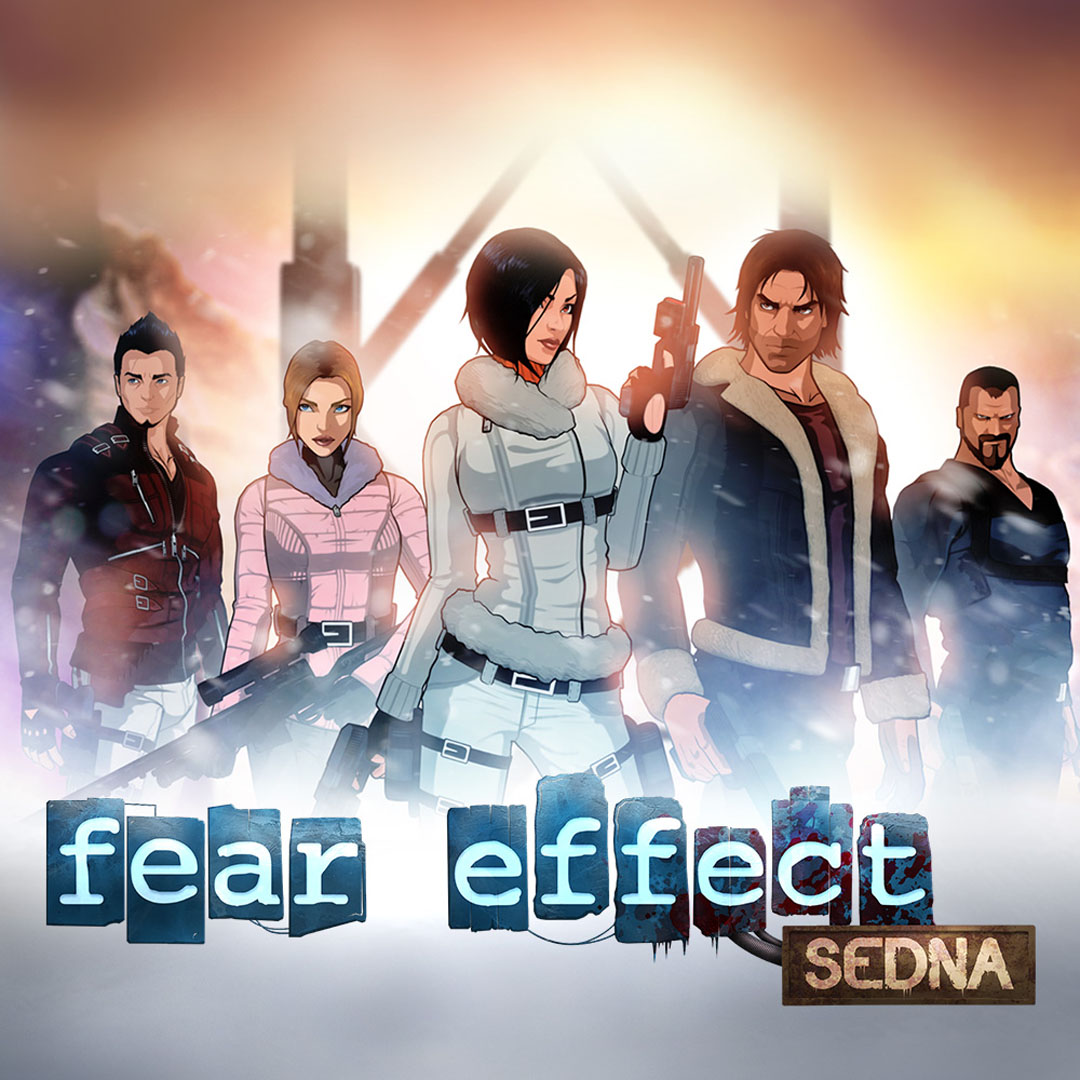