Indie games have been doing the whole cutesy shtick for a while now and I feel like we’ve seen a lot of takes on it. It’s great to see the colors and shapes and the beautiful world and all that, but at the end of the day people want an experience that engages them. Fe is the newest game to join the ‘colorful world’ posse. Does it manage to do something new? Let’s find out.

First I’d like to emphasize that this is an amazing-looking game. The visuals are spectacular. It has an incredible, unique art style that’s polygonal, and its colors are vivid and varied. The game’s soundtrack is also terrific, featuring phenomenal string melodies. So we can establish firmly that, as an experience, Fe is definitely remarkable.

How to classify it as a game is a little trickier. Fe starts you off in a big forest where there’s some kind of meteors landing (or planes, I couldn’t work it out). It cuts to our protagonist, a fox-looking thing, in the woods. Then the game turns you loose in the forest. Now the game does give some button prompts to help guide you, and there’s a map, but you’re still kind of expected to work out exactly what to do. There’s no spoken dialogue in the game and instructions are fairly limited. It’s not exactly Another World but they keep things to a minimum. Still, you figure out a lot of the basics. Right shoulder button allows you to sing, and when you sing you interact with the forest and its creatures.

Right off the bat this is pretty cliché if I’m being totally honest. The notion that your beautiful singing is rejuvenating the forest is essentially indie tropes 101. It’s also pretty reminiscent of Flower, a game in which you bring beauty to the world through making flowers bloom. Other games have you destroy, this game has you create. We get it, indie games. The singing mechanic isn’t just hackneyed; it’s irritating. The button prompt specifically tells you to sing ‘gently’. So you can’t hold the button down all the way, you’ve gotta kind of apply half the force. Seriously guys, why? Is it to tell us that even singing can’t be too extreme? We must be gentle? The core design of the Dualshock makes ‘being gentle’ less convenient than you might think. Just let us hold down the damn button.

In any event, you kinda work out the singing system sooner than later, and you progress based on that and a handful of other mechanics. You get creature companions, they help you get around, etc. Then of course you see the antagonists, who are basically these big tall dudes with raygun faces. If they see you or any creature, they fire their beams and then they capture you in this kinda web. So there’s a stealth element where you need to get around them and try and survive. Additionally, if you sing, they hear you (oh noes, the bad men want to take our beautiful song) so there’s kind of like an Amnesia mechanic where you have to tone it down.

This is actually an advantage Fe has over artsier games like Flower and Abzu; there’s actually a gameplay element. And it gets good when you start putting the pieces together and progressing, because you feel like you’re tougher and more resourceful. While it’s a cliché to make indie games where the character is tiny and the enemies are huge, it’s still more entertaining gameplay-wise because it forces you to adapt and overcome rather than use force.

I’d say the biggest issue that Fe has is that despite giving you a map and a mechanic where you can summon a bird to guide you when you’re lost, you’ll still feel pretty turned around. The fox you control is a little unwieldy so platforming is kind of wonky, and in the big, open map you’ll sometimes fall from one area to another with no idea of how to get back to where you were. You piece it together but it still feels fragmented. Again, it could be the goal to push you to explore, but some of the design decisions make little sense (like how when you enter some areas you have to drop down a ledge and you can’t jump back up). You end up wondering what you’re supposed to be doing and if you’re going the wrong way.

If you look past those frustrations though, Fe has a lot to offer. The cool thing about games that offer no guidance and make no sense is that, once you make sense of things, you feel so much more immersed because it’s not a by-the-numbers task management checklist but rather more of an adventure. Fe ultimately doesn’t explain enough of its story though (even through cues and sequences) and you get the impression that they pasted together some idea of innocent critters targeted by evil machines and didn’t conceive of a proper narrative. The ending is pleasant enough but it doesn’t feel like something we haven’t seen before. Having said that, the soundtrack is still stuck in my head, and I’d say it’s a selling point on its own.

Flinthook was reviewed using a PlayStation 4 digital download code of the game provided by Zoink Games. The game is also available on Xbox One, Nintendo Switch and PC in digital releases. We don’t discuss review scores with publishers or developers prior to the review being published (click here for more information about our review policy).

• Fairly clichéd storyline
• Getting around can be confusing

A treat for the eyes and ears, Zoink Games' Fe offers more actual gameplay than similar indie titles, but its choice to restrict player information can be frustrating at times. It’ll take some getting used to, but it ultimately rewards the player for being patient. 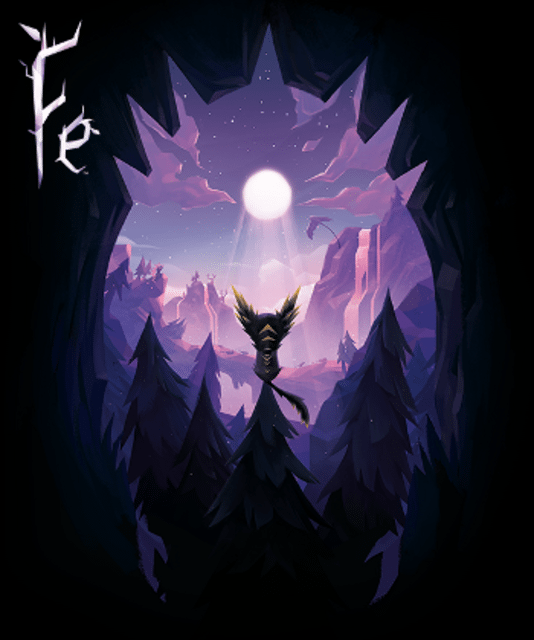