The post-apocalyptic world is a pretty frequent destination for videogames, and it’s not hard to see why. Most games these days are shooters, and it’s a lot easier to have a shootout in the bombed out remains of a city than it is to have a shootout on a busy street. Moreover, the apocalypse is the perfect survival scenario; everything has collapsed, so survival becomes a must. That’s the logic that gave us the newest installment in the Far Cry franchise: Far Cry New Dawn.

New Dawn is a spinoff of Far Cry 5, and it’s a lot more like a standalone expansion than a sequel. It takes place in hope county, but it’s a very different Hope County than the one you saw in Far Cry 5. Far Cry New Dawn starts with kind of a spoiler for Far Cry 5, and it’s kind of a downer. At the end of Far Cry 5, nukes go off and society gets obliterated. However, people band together and start surviving amidst the ruins of the old world. Things are good at first, but before long there are roving gangs of marauders who decide to bully and exploit the survivors.

The gang you encounter in Far Cry New Dawn is the Highwaymen, a group of thugs led by two psychotic sisters named Lou and Mickey. Here’s the thing about Far Cry’s rogue gallery at this stage; there’s only so much they can do to make the villains interesting. We’ve seen every brand of psychopaths and violent lunatic, and it’s safe to say that nobody has topped Vaas so far. They even try and give the two sisters their own little gimmick where they ask you if you’re a problem solver or a problem maker, but that feels more like something an elementary school teacher would ask an unruly youth. They’re not terrible as far as villains go, but Far Cry has given us so many colorful whackjobs at this stage that they don’t really stand out.

What does stand out, however, is Far Cry New Dawn’s world. One thing I didn’t love about Far Cry 5 was its world. We’ve seen all manner of exotic locales in the series, so it felt a bit underwhelming to set the game in rural Montana. There wasn’t much by way of colors and variety, and for the most part, you’re just in nondescript forests. Far Cry New Dawn has the exact same map, but it’s so much more vibrant now. There are wrecked cars all over the place, there’s colorful graffiti, and there are weird and wild set pieces. Speaking of color, another important thing about the game is that the villains dress in colorful outfits. That was another lame thing about Far Cry 5: the ‘peggies’ just dressed in drab colors. They weren’t that much easier to track down than NPCs. I get that it’s maybe a bit too “videogamey” to make them bright red, but then again it is a videogame.

The game’s story doesn’t get any Oscars, but I liked the structure this time around. You have to build up a small base and try and hold your own against the highwaymen, and there’s a lot more survival and scavenging. They’ve added weapons crafting this time around (why’d it take so long?) and the weapons crafting system is a welcome addition. You can create all sorts of violent and innovative improvised weaponry, and you’ll be tearing up your enemies in no time with homemade instruments of death. Of course, you’re gonna wanna make sure that your weapons are higher level. That’s because in Far Cry New Dawn, your enemies have damage meters and the amount of damage you do is based on an RPG-lite system. This is definitely a change I wasn’t crazy about, as I feel like it’s best for RPG’s to stay in their lane and shooters to do their own thing. It’s not too bad overall, but I prefer a more vanilla RPG system.

Overall, I think the biggest complaint regarding Far Cry New Dawn is that it’s really short. The map is much smaller than the Hope County map in Far Cry 5, and the story is over before you know it. Considering the fact that you have your pick of the litter with the Far Cry series, this may not be the best choice for newcomers. Having said that, it’s priced at a fairly reasonable $40 (or something in that ballpark depending on your region) and I think in many ways it’s an improvement over 5. Maybe get this one on sale though.

Far Cry New Dawn was reviewed using a PC digital version of the game provided by Ubisoft. The game was tested on a machine running Windows 10, with an 8GB NVIDIA Geforce GTX 1070 fitted on a 4th Generation Intel i7 4790 3.6Ghz CPU and topped with 16GB of RAM. Far Cry New Dawn is also available on Xbox One and PlayStation 4 via digital and retail store releases. We don’t discuss review scores with publishers or developers prior to the review being published (click here for more information about our review policy).

Far Cry New Dawn is a fun little expansion to the world set in Far Cry 5, and the apocalyptic wasteland is a surprisingly fun place to explore thanks to its colorful graffiti and biker villains. It’s not too long a game, but you’ll find plenty of fun here.

Mazen enjoys anything with over-the-top violence, dark humor and a real challenge. He's still pretty big on single-player games and he's always looking for new titles he might've missed out on, so if you know about a crazy new title that's flying under the radar, look him up!
More Goodness
Editor's ChoiceFar CryFeaturedFPS

Review: Forza Horizon 4
Be the first to comment!
Leave a reply » 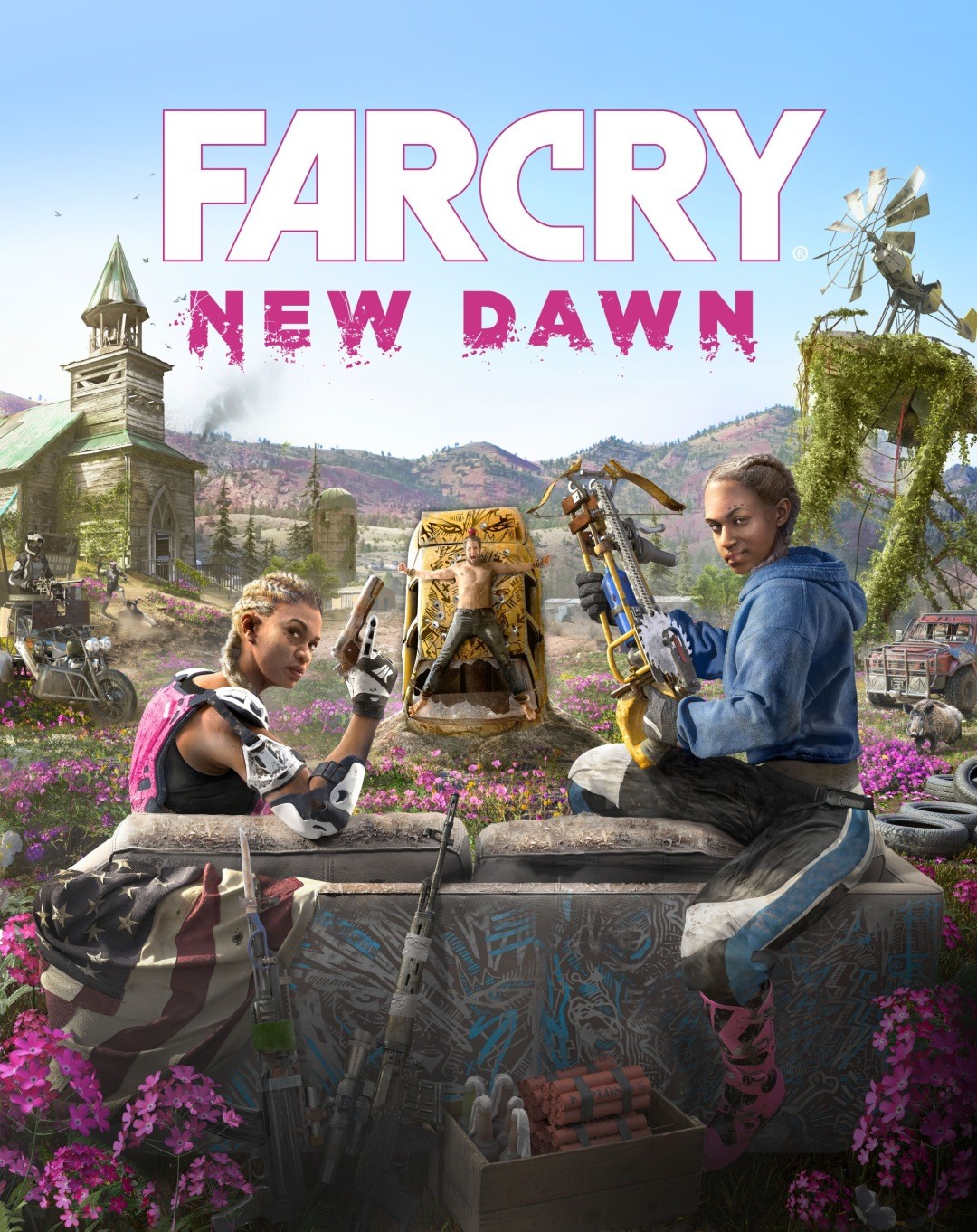