At around the 40-hour mark during my time with Fallout 76, I was running around with two other people when all of a sudden someone dropped a nuke in a nearby area. What this does in the game is that it temporary irradiates the blast radius, populating it with higher-level enemies who yield better rewards when you kill them. It was during this makeshift raid when the sheer futility of Fallout 76 really dawned on me. The fact that dropping a nuke on the game map is presented as a fun, totally normal thing to do within the gameplay loop, instead of the horrifying thing it actually is, combined with the sheer impermanence of the effects of this earth-shaking event was the last nail in the coffin for this already middling game.

In a lot of ways, Fallout 76 is unlike any other entry into the series; but it’s the ways in which it is similar in that it ends up hurting itself. Bethesda’s idea of a multiplayer Fallout game isn’t inherently flawed, but the execution often left me wondering who this game is even for. The hardcore Fallout fans clearly aren’t happy if the buzz surrounding this title is anything to go by. The world is far too empty, and far too devoid of meaningful NPCs to appeal to those people. Taking that away, all that’s left is a thoroughly mediocre open-world multiplayer survival crafting game, as if we needed another one of those.

Now a great survival game usually has a trick or two up its sleeve that put it above the competition. Conan Exiles is essentially a fully-fledged RPG with its own lore, story, and bosses wrapped around the survival loop, while Ark: Survival Evolved has freaking dinosaurs that you can tame and ride. All Fallout 76 has going for it is the fact that it’s set within the Fallout universe. We’ll get to that in a bit but let’s talk about the core gameplay first.

In Fallout 76 you play as one of the residents of Vault 76. Within the Fallout lore, 76 was the first vault to open, and its residents were the people tasked with heading out into the new world and populating it. What this means in terms of game design, is that you explore a post-apocalypse that is very, very soon after the apocalypse. The wilderness and the ruins alike are far less touched by any kind of human, and the mutated creatures you find can be all kinds of bonkers because everything is fresh. The “main quest”, as it were, has you set out on a journey to find your vault’s Overseer. It ends up being a fairly decent story which I won’t spoil since it’s one of the few things in Fallout 76 that might actually keep you playing the game.

Being one of the people tasked with rebuilding the world also means that Fallout 4’s base-building mechanics are back in full force. How much you like this game will really depend on how much you liked Fallout 4’s base building because now that’s pretty much the whole game. To Bethesda’s credit, the base building mechanics have been expanded to a point where it makes a for a pretty engaging time. It’s everything outside of the base building that’s completely mangled.

Combat, for one thing, is incredibly inconsistent. Fallout 4 had gone a long way in making the moment-to-moment real-time gunplay feel good, but it still wasn’t great. The enemies in this series are just way too skittish and too prone to rushing at you, to make straight up combat anywhere near viable. What has made the Bethesda Fallout games’ combat good, has always been VATS: the ability to slow down time and aim at enemy body parts with stats and dice rolls determining how well you do. But the issue with Fallout 76 being online is that you can’t freeze time anymore. VATS no longer freeze time or aims at individual body parts, instead simply locking on to the enemy and calculating your chance to hit based on distance, speed, range, etc. This means the central pillar of Fallout’s combat is now a glorified auto-aim system. And the speed with which enemies move means your chance to hit will fluctuate too wildly to ever not be a gamble.

The inability to freeze time also affects the way you navigate menus. Fallout’s Pip Boy-centric UI has always been clunky and unintuitive, if still rather charming. But the fact that pulling up your Pip-Boy paused the game meant you could always take your time going through your inventory, changing equipment, and using healing items, even in the middle of combat. Being unable to browse at leisure now means you can’t effectively heal mid-combat if you’re out of stimpaks, which will be the situation a majority of the time. On one hand, this means you can’t cheese your way through encounters, but since the combat system itself is broken, this added layer of challenge is more frustrating than anything. And of course, the console-centric menu design means they are still a chore to navigate on PC.

And that only covers the things actually wrong with the game’s design. Even if you’re the kind of person who could wrap their head around these baffling gameplay elements, you’ll still have to contend with a litany of bugs. Bethesda’s servers constantly go up and down, which causes gameplay to just freeze for obscene lengths of time. Your character is very prone to get stuck in animation loops, as well as getting caught up in the level geometry. In one instance, my outfit refused to load after I fast-travelled, meaning only the parts of my body not covered by the outfits – in this case my head and two hands – were visible. Fast-traveling again didn’t help it and I had to restart the game.

The checkpoint system is unpredictable, too, and is prone to making you lose minutes to hours of progress should the game decide to crash at an inopportune moment. And yes, the game crashes a lot. One building in particular always causes my PS4 to crash. That’s right, it crashes my console, not just the game. And it happens every single time I enter said building, which means the one side quest that requires me to go there remains unfinished in my quest log.

The strange thing is, despite all of this bogging down Fallout 76, I still kind of got into it. Because despite all of the changes, both good and bad, this is still a Fallout game at its heart. When you aren’t engaging in the tedious combat, the boring fetch quests, or the lacklustre multiplayer, it’s just you and this big wide world to explore. There are in-game radio channels to listen to and most of the time, I would put one of those on and just go off exploring. West Virginia’s topography makes for some really fun terrain to explore, and the iconic Fallout aesthetic means there is almost always something cool to find. The simple act of walking around and finding all sorts of weird architecture can be rewarding when the game isn’t crashing your console nine ways to Sunday.

That exploration is aided by some really pretty, if somewhat inconsistent visuals. Prior to release, Todd Howard made it a point to mention how they were using all new lighting and rendering technology for Fallout 76, but the results aren’t as immediately noticeable as you might expect. The lighting in this game is consistently excellent, but the rendering on environmental details is very hit or miss. Some areas look positively stunning, while others look like the QA team forgot to flag them as incomplete. Some interiors are completely lacking in shadows.

Regardless of how good or bad an area looks, there is an egregious amount of asset pop-in wherever you go, with bushes and trees popping into existence mere metres from where you are, as you make your way through the world. Fallout 76 also uses a rather aggressive depth of field effect on your sightline, which makes everything look like your character is in dire need of prescription glasses. This gets more egregious on base PS4 and Xbox One, but wasn’t all that bad on my PS4 Pro. Weapon and character models and monsters seem to have gotten the most love in the visual department, with the creatures you fight inarguably being the stars of the show.

Of all the games in the series, Fallout 76 features the most bonkers menagerie of monsters I have seen with giant mutated frogs, mothmen, giant ticks and ants to name a few. There’s even a ghoul-equivalent enemy type called Scorched, who are smarter than the average ghoul and capable of using weapons. This factored deeply into the exploration loop for me since I felt like I was constantly discovering newer, weirder creatures the further I explored from my stating location.

The sound design is also remarkable, all things considered. There are no named NPCs here, except robots who all kind of sound the same. The ‘story’, such as it is, is delivered almost entirely through notes and audio logs and those feature some categorically great voice acting. Composer Inon Zur returns from Fallout 4 to compose the music here, and the soundtrack he has done proves an appropriately moody and haunting backdrop for your adventure.

Falout 76 was reviewed using a PlayStation 4 downloadable code of the game provided by Bethesda Softworks. The game is also available on Xbox One and PC via retail and digital release. We don’t discuss review scores with publishers or developers prior to the review being published (click here for more information about our review policy).

Fallout 76 is a weird, broken, messy, self-contradictory game. It’s as boring as it’s exciting, as mundane as it is haunting, as uninspired as it is unique, and similar to previous games as it is different. Sometimes when the lighting, the music, and your own mood align just right, for just a fleeting moment, it feels like the Fallout game I really wish it was, but the sheer shoddy quality of the product means I would never recommend this game to anyone. Even beyond the bugs and technical issues, it’s a poorly designed, janky-as-hell game. It has all the wonky combat and gameplay of Fallout but very little of the storytelling and world-building. As a budget-priced Steam early access game released on the down low, this could have been a fun little experiment. But as a tentpole Fallout release at full price with a collector’s edition that was shown off at multiple E3 conferences, Fallout 76 is beyond unacceptable.

Review: Fallen Legion: Rise to Glory
Be the first to comment!
Leave a reply » 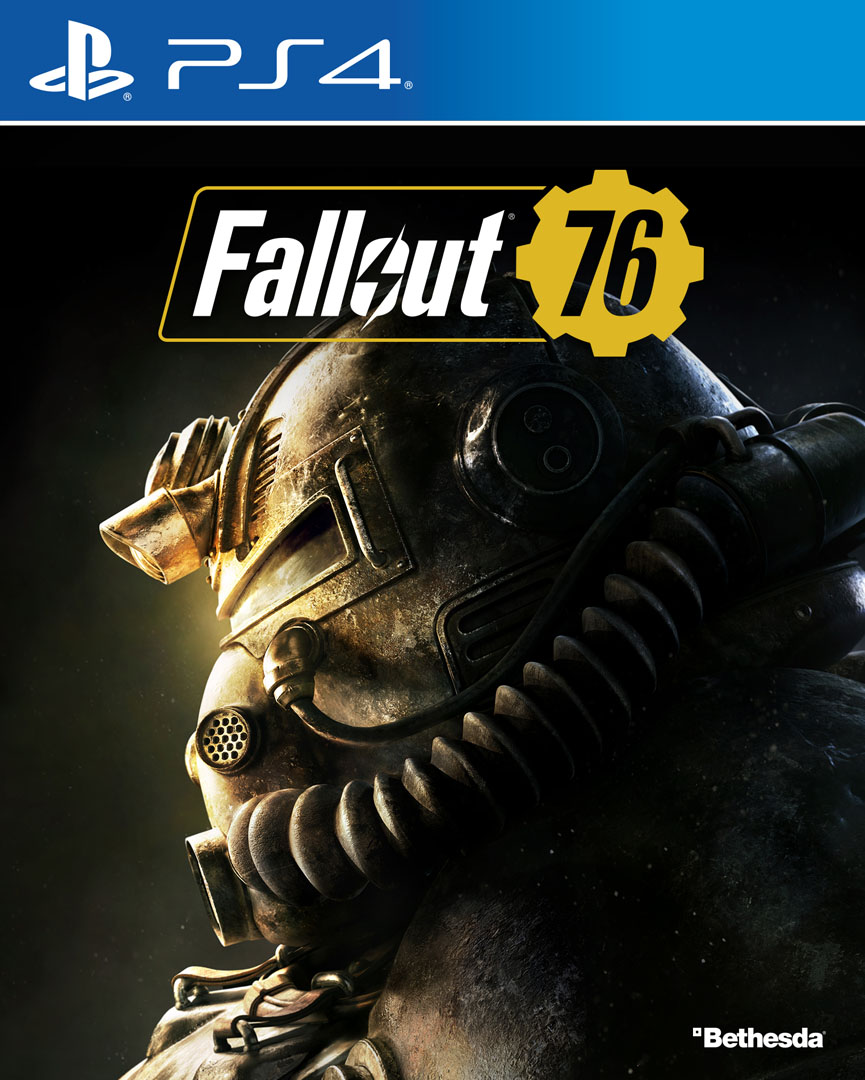