After its original release in 2017 on PlayStation 4 and PS Vita, it was time for the Fallen Legion franchise to land on the Nintendo Switch, thanks to NIS America. The game now combines both versions developed by YummyYummyTummy, namely Flames of Rebellion and Sins of an Empire, in what is known as Fallen Legion: Rise to Glory. This Nintendo Switch Action RPG version allows you to live a story in parallel with the other version, but will it be enough to captivate a new platform audience?

As mentioned in the introduction, the story of Fallen Legion: Rise to Glory will be divided into two arches, one of Legatus Laendur (which was the star of Flames of Rebellion), and the other focused on Princess Cecille (from Sins of an Empire). In the first storyline, you will incarnate Laendur as he rises up against the Fenumia Empire after the death of his emperor, while in the second, you will take control of Cecille who is repelling Laendur’s forces in an attempt to save her empire from danger. In any case, whatever your choices are, the two scenarios will be deeply entangled in each other and it will not be uncommon to cross your archnemesis or hear about his feats of arms in each story arch. Besides, it’s good to know which part of your story affected the other, depending on the choices you make during your game session.

To get into the action of Fallen Legion: Rise to Glory, Cecille and Laendur will be able to invoke Exemplars, which are magical incarnations of legendary weapons lost in the meanders of time. Thus, before starting a battle, you must first choose up to three of them to help you, taking into account their own skills. Offensive, defensive, range, melee, and more of this should be taken into account during your preparation. The Exemplars will then be split between the Y, B, and A keys when it comes to controlling their actions, in the order in which you placed them, while your leader will be assigned to X and will be able to use three different spells to support his Exemplars.

Your summoned minions will have action gauges divided into three parts, each of which can be used to launch an attack. Finding a good synergy between your Exemplars, and especially adequate timing to place support spells will be an integral part of learning the game. While the system itself is simple, getting to master it will be more difficult: In addition to the basic actions, you can activate a general block, a change of place of the units, the use of a relic or order your Exemplars to spend their three segments at once to activate a more powerful attack or super. Not to mention the possibilities of combos offered by the sequences that you will be able to trigger between all three allies.

Moreover, during the battles, you will have the opportunity directly to influence the course of history and politics of your territory! Between fights, you will sometimes have to make a choice that will affect a conflict between your generals, or that may save a distressed village. It will be up to you to solve the given situation, which in addition to changing the morale of your troops, your Exemplars will benefit from some bonuses, which can lure you to take precedence of their trait upgrades over the lives of innocents.

Finally, there’s a big thing to point out about the game, and it’s the difficulty in controlling the game mechanics. You see, while it’s kind of an Action-RPG, the plethora of visual effects on the screen makes it difficult to gauge what action is happening, as well as timing things rights. Let’s not forget that these activities are happening quickly, and even if the system is close to the ATB we know from the Final Fantasy series, it will not prevent the enemy from trying to destabilize you by debuffs on you to destabilize your strategy (sometimes making the experience quite frustrating). But to help you, you will have gems that you can equip to improve your stats, give bonuses to your Exemplars, and even change some of your support spells. And again, I’m not even talking about the possibility of evolution of Exemplars and so much that I won’t spoil for the hardcore RPG players.

When it comes to the front of art direction, Fallen Legion: Rise to Glory is focused on a beautiful 2D aesthetic, reminiscent of those seen in the beautiful Dragon’s Crown. The details of the characters’ armor, the patterns of the fabrics, all this gives the game a small side of the interactive novel that is very pleasing to the eye. The soundtrack is sublime as well, created by three bands known as Vesuvia, Fanfan, Tensei, as well as an additional track done by Adam Vatterott & Tony Decarli. Alternating between choir fanfares, classical composition, and electric guitar riffs, the music in the game is one of the elements that is difficult not to appreciate in the game.

Fallen Legion: Rise to Glory was reviewed using a Nintendo Switch digital download code of the game provided by NIS America. The game is also available on PlayStation 4, PlayStation Vita and PC via digital and retail store releases. We don’t discuss review scores with publishers or developers prior to the review being published (click here for more information about our review policy).

• A two in one game with different storylines
• A superb soundtrack
• A gameplay easy to handle, but complex to master

Now available on the Nintendo Switch with two storylines to experience in one package, Fallen Legion: Rise to Glory is a great action-RPG that has some interesting mechanics to appeal to fans of the genre.

An accomplished, award-winning gaming professional with more than 12 years of experience in the videogame industry, Nazih Fares has worked in public relations, marketing, eSports and localization for over 14 different publishers and more than 90 global brands. Fares is currently MENA Communications Manager at Blizzard Entertainment, based in The Hague. His views on this site are his own, and not those of his employer.
More Goodness
Action RPGFeaturedMultiplatformNis America 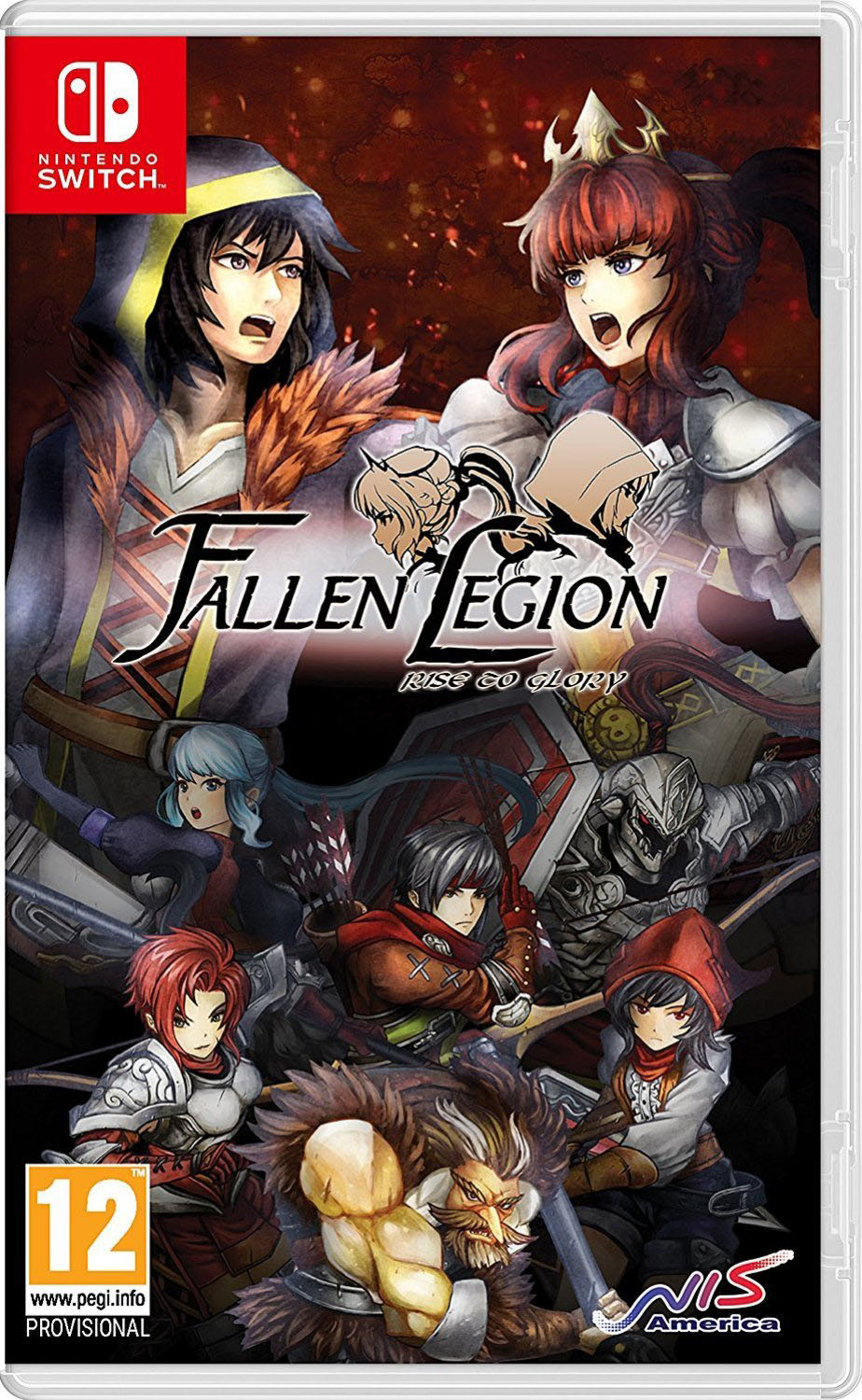