previous
Review: This is the Police
random
next
Review: JYDGE
Video Games
0 comments

You might be familiar with Risen and the Gothic series from Piranha Bytes. Well, this German developer finally delivered on their long-lost vision in coming up with the open world RPG game of their own. While some of you might have Fallout or The Witcher 3 to compare this game to, I must start off by saying that ELEX is something completely different and it would not be fair to compare it to other Open World RPGs and here is why.

Before we get into the details, we need to know a little history behind the creation of this game. Back in 2001, they went on creating Gothic, a legend if we may say in this genre. Soon after abandoning this franchise, they jumped on creating Risen which was not as successful as the latter. That title kept them behind the curve compare to other games in the RPG world. Unfortunately, the release of ELEX was an affirmation of the fact that they remained stuck in the past however it is not all that bad.

This game is being displayed in a massive open world RPG environment combining 3 fantasies that we all grew to love. An eccentric universe drawing its inspiration from the Nordic Saga centered around the world of the Berserkers. The very well-known post-apocalyptic fantasy centered around a Mad Max like community called the Outlaws and finally the technology fanatics who married their belief with a special religious cult called the Clerics. It is worth mentioning that those are the main 3 factions however throughout your journey you will manage to spot more, and this is where the game starts shining.

These 3 factions all share one world called Magalan. This is our planet and the center of the story. Each of the factions believe that their way of life is what is best for the planet. None of them are wrong nor evil, after all this is their belief but what is a game without the ultimate villain. Here is where our fourth fantasy and faction jump in. The Albs, an evil militaristic and fascist empire trying to eliminate everything that stands against their objective.

Now that we have seen the main elements of our world, let us talk a little bit about Magalan. The developer’s brilliance is highlighted through the cinematics and the narration of the story. We start off with a quick explanation of the planet and history. With the apocalyptic decent of a massive comet, we witness a complete destruction of the previous civilization that inhabited the planet. This led to a full restructure for humanity around these 4 beliefs. However, this comet did not only bring death and destruction but a new way life. A substance that became essential for survival and the main combustion between these 4 factions hence the title ELEX. This element is the main source of fuel for all civilization to survive and flourish. It refined the way of living and enabled the access to magic, technology and psychic powers.

On blueprint ELEX seems to be perfect. All the right elements are there. A massive world, 3 factions facing a power house all fighting for survival and a center cause however when it came to execution, things started to move further from the original ambition.

Getting deeper into ELEX, we start discovering the little details that make each faction special. Starting off with the Berserkers, a Viking looking tribe living amid nature infused with the power of magic giving you a similar feel to the Skyrim world. The outlaws, who live in the desert and are all about recycling scraps, drugs and living on edge. the Clerics a technology centered world that pray to a forgotten god and finally the Albs, consumed and addicted to ELEX with one purpose of world domination. The main story is straight forward, you start of as Jax, an Alb soldier who got betrayed by his faction and has fallen after failing an assassination mission. Throughout the journey, you are trying to understand why the Albs betrayed you. For me this is not a great start. I find it unjustifiable how you go from a rank 1 commander in the biggest army to a level 1 character with no weapons and no skills what so ever. It is just unrealistic. Having said that, the entire progression system is also flawed. You need to level up gather skill points and travel across the world to find relevant trainers to learn these skills. The problem is that some of these low-level instructors are in worlds which you cannot even reach. Not sure if it was a design mistake but I found myself 6 hours into ELEX and still using a rusty axe with no skills at all. It discourages you from continuing to be honest. To add to this, we must interact with many items and people in this world and most of the time the option to choose from in the dialogue are locked because we do not have the appropriate skills and it is not like we can go back to the same dialogue to try it out so that raises the question, why give us options in the first place?

Moving to the combat system, another big flaw in the game design. Although the developer has a history of creating hard games, this is beyond absurd and not because of the skills or weapons or even level difference but simply because the fighting animation are far from being good. Several times I found myself dying because of the animation issues.

In my opinion the animation is the biggest problem for ELEX and one of the reasons you would just quit and never revisit the game. Throughout your entire journey you will face these issues. Whether you are jumping, climbing, running. The amount of time I had to Alt f4 because I was stuck in a little crack was infuriating. If the developer just takes some time in polishing these small issues, then this game would go from just another title to an unforgettable experience.

Another issue I faced is the lack of originality in Magalan. The lore is great but unfortunately it is not given enough credit simply because there is no stand out factor in the world. It is extremely usual and boring. I have seen more interesting sceneries in ARK Survival. The background is repetitive and the amount of time we see the same character designs across a gigantic world is tiring. The opposite of success this year which came from Horizon Zero Dawn. Lastly, the inventory system is what you would expect in an Alpha.

It is unfortunate really that there was such lack of love and care to the game design. They should have delayed the release of ELEX and spent some more time in polishing certain things. It takes away from the experience. This was the reason I started off with saying that they are stuck in the past. All the issues we used to face in the last decade when it came to open world RPGs are here and highlighted.

Moving into the narrative, we yet again face ourselves with immense issues. Poor management and nothing interesting behind explaining the story of Elex. Characters that may die based on your decision with no real attachment or feeling of remorse. Mission that have no real purpose regardless of the choice you choose. The list goes on …

Elex had the potential to be one of the memorable games of the year. Another Witcher 3 or a Horizon Zero Dawn however we believe that somewhere down the line the developers lost track of the original intention and true goal of creating an open world RPG. ELEX is not a catastrophe far from it however it feels empty and uninteresting. I do not care about our main hero Jax and I couldn’t care less about the faction I choose.

If dissected, I can potentially find 2 great titles in ELEX alone. Some great ideas to consider but the careless finishing, the unoriginality and poor narrative will place this game in the uninspired category of my reviews.

ELEX was reviewed using a PC downloadable code provided by the THQ Nordic. The review was done on a PC running a Windows 10 Home, Intel Core i7-7700HQ processor set at 2.80 GHz, 4GB NVIDIA GeForce GTX 1050 Ti and 16GB of DDR3 Ram. The game is also available on Xbox One and PlayStation 4 via digital and retail store releases. We don’t discuss review scores with publishers or developers prior to the review being published

Poorly designed in term of combat, storyline and mechanics, ELEX is a game that Piranha Bytes should be ashamed of, especially considering their previous RPG legacy with the Risen and Gothic franchise. 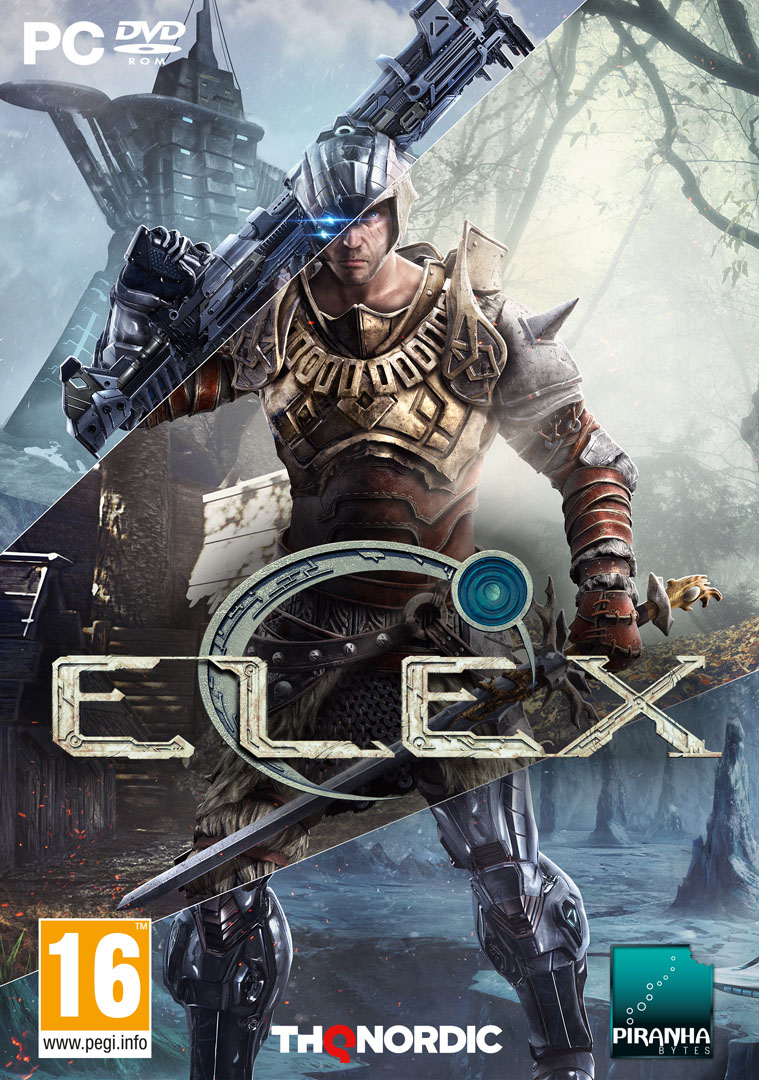