in the early years of the 2010s, Square Enix met up with Dead or Alive’s creators Team Ninja, to design a fighting game set in the Final Fantasy universe for the Japanese market. This game, known as Dissidia Final Fantasy, was mainly created for Japan’s everlasting Arcade market, and over the years since its launch in 2015, numerous updates, characters and levels have been added to the title. Now 3 years after its arcade release, this strange mix between an Action-RPG and fighting game comes to the PlayStation 4 under the name of Dissidia Final Fantasy NT, and we Westerners can finally try it out. So is it any good?

The first thing that will hit you when booting up Dissidia Final Fantasy NT for the first time is the graphics. This visual production is a delicately crafted work, with excellent character models, rich textures, and one hell of a lighting engine that makes the whole spectacular to look at. While It helps enormously that the settings are inspired by popular spots from the Final Fantasy universe, it’s the fact that stages are alive that makes it great. Greenery moves constantly and follows the movement of the wind, while particles overtake the screen during explosions, and cracks appear on the ground and walls during violent blows.

Adding to the fact that the game has summons, then you Final Fantasy fans are in for a treat. Whether you call upon the help from Ifrit, Ramuh or the beautiful Shiva, the sets will be taken over by the summon’s element, turning into raging inferno, blizzard or lightning storm. On screen, it’s madness when summons are called, but I did see a lot of framerate drops, and aliasing around the character borders, with some rare collision bugs from time to time.

Anyway, now that we put aside the graphical prowess of the game, let’s talk about the real reason most of us are here: Dissidia Final Fantasy NT’s game mechanic. While not at all instinctive, and for good reason, this game is the kind of title that will need long sessions of training, but also tutorials. Why you ask? Because this marriage between Square Enix and Team Ninja gives us a gameplay inspired by the Action-RPG genre, but with combos and certain mechanics of fighting games, on top of taking into account different character classes.

Surprised? Thanks to its roots to the franchise RPG genre, each fighter in the game falls under four different classes which are Vanguard, Assassin, Specialist and Marksman, each with their own style and tactical advantage. If you’re more of a melee style fighter, then you’ll be better off picking a Vanguard such as Cloud Strife with his heavy charge and aerial combo attacks. For the ranged fighter, then pick a Marksman like our favorite jester Kefka Palazzo and its large area of attack magic blasts… And so on. In short, you will see that there is something for every kind of fighter, but you’ll need to learn all, as each class has its qualities and its weaknesses, forcing you to pick a well composed and diversified team to win with ease. Compared to its arcade beginnings, Dissidia Final Fantasy NT is more focused on 3v3 fights, and this tactical aspect is really pleasant, because in the end, it is not just your favorite Final Fantasy hero that will match your style of play, but the overall synergy between your trio.

The fights as a whole mechanic can be considered split into two parts. The first, is to inflict temporary damage to your opponent through attacks called Bravery, which gives us at the same time a power advantage. The second, is to lower the enemy’s vitality until zero like a traditional KO with HP Attacks. We must juggle between the two to eventually get rid of your opponent, because a complete team has three big set of health points. Sure it can get even more tactical, with dash cancels, and even wall pinning where you can smash your opponent on the arena’s borders, which will create deadly opening for your HP Attacks. Commands on the other hand may be confusing at first, with one trigger to charge, one to dodge or defend, another for casting spells, but you’ll eventually get used to them. I will though point out that the camera is a bit all over the place, with tracking not really locked properly.

In your first couple of matches, you’ll soon realize though that the combat can be boring. Just like a RPG, it is by leveling up that we unlock new abilities for each character. The higher you go, the more you can exploit new skills that can be assigned in a dedicated menu, on top of unlocking different appearance, weapons and outfits.

Now, without going into big details and twists, you should know that Dissidia Final Fantasy NT’s story is not groundbreaking, but what fighting game has a proper one (except maybe Injustice 2). To put it simply, all of our Final Fantasy heroes were teleported to a strange place, following an emerging threat, and aim to stop a new war to break. In addition, it is possible to collect Gils throughout this mode and other ones that unlock various outfits, soundtracks and other customization items. Except that this virtual currency is slow to get and will require a lot of grind and small missions to finish to get a boost, like reaching a certain number of damage points during a match. Yes these tasks help, but that is not enough.

Regarding the soundtrack part, it’s sublime. To satisfy different types of fans of the Final Fantasy license, from the original all the way to Final Fantasy XV and even some sub-franchises like Final Fantasy Tactics or Final Fantasy Type-0, developers have included two sets of themes. Those tunes are either the original ones or remixed versions, with the latter being very good overall. The Japanese dubbing is very well done as well, and the sound effects are inspired by the series… In other words, amazing audio work has been done in this game.

Dissidia Final Fantasy NT was reviewed using a PlayStation 4 downloadable code provided by Square Enix. We don’t discuss review scores with publishers or developers prior to the review being published.

If you are a fan the Final Fantasy saga and fighting games, then Dissidia Final Fantasy NT is definitely for you. Sadly we can't recommend this game just one style of gamer, as the deep strategic RPG mechanics and 3v3 fighting format is not for everyone, but it's still a gameplay that is richer and deeper than it seems.

An accomplished, award-winning gaming professional with more than 12 years of experience in the videogame industry, Nazih Fares has worked in public relations, marketing, eSports and localization for over 14 different publishers and more than 90 global brands. Fares is currently MENA Communications Manager at Blizzard Entertainment, based in The Hague. His views on this site are his own, and not those of his employer.
More Goodness
Action RPGFeaturedFighting GameFinal Fantasy 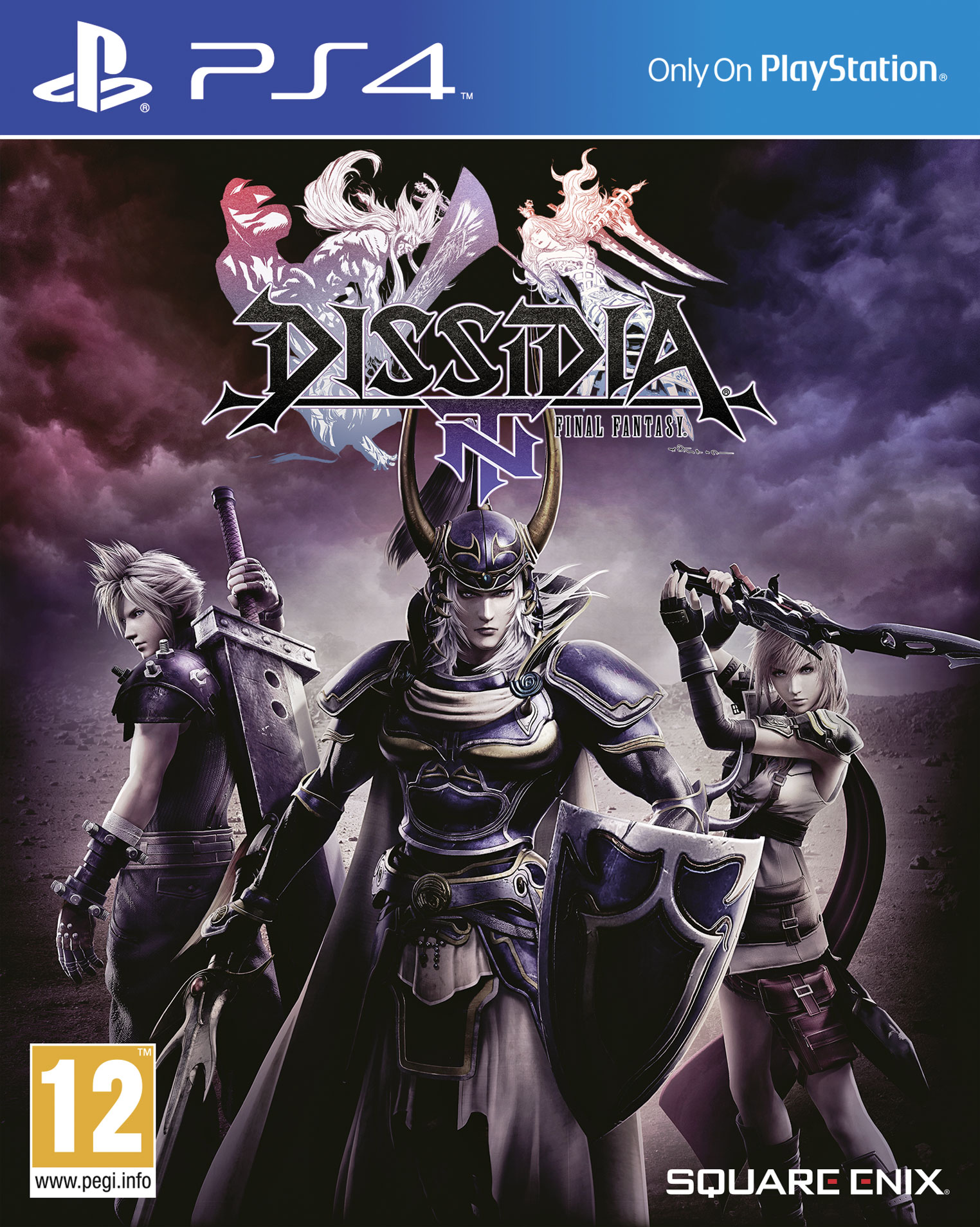