Absent for a long time in the West, the Digimon gaming franchise came back from the dead last year with Digimon Story: Cyber Sleuth, an episode that the majority of fans liked. Confined to the recipe of the Digimon World series, mixed with some Digimon Rumble elements, to become a proper real RPG into the world of digital creatures. Sadly, Bandai Namco hastily went out a year later to release Digimon World: Next Order (which we reviewed as well), and was a disappointment sadly. And so comes Digimon Story: Cyber ​​Sleuth – Hacker’s Memory, a parallel story to the game that came out in 2016, with all of its learnings.

From its announcement and promotional trailers, a lot suspected recycled content, and there’s no need to hide it. Hacker’s Memory takes back the recipe of the Cyber ​​Sleuth, which is not such a bad thing, considering how decent it was. The problem though is that while most its qualities are in this sequel, the original issues from Digimon Story: Cyber Sleuth remains as well.

To start, the first negative point of Hacker’s Memory will be its low number of playable areas, most of which are taken from the original Cyber ​​Sleuth. That can be forgiven, but the most irritating recurring issue is still its technical aspect. The title is therefore again with outdated graphics, riddled of bubble-style cutscenes, but especially with animations that are far from honoring the platform. It’s too bad, because the character and Digimon design are quite well made and animated.

As for the course of his adventure, it is still modeled on that of the previous section. Thus, it will be necessary to follow a set of missions, in order to advance in the predefined script. The latter advance at a slow pace, but its story ramifications should be very appealing to fans of the series and anime. The trouble is that the narration goes through endless ammount of dialogues, and while these are well written, I must admit that it’s a bit over the top for my liking.

Finally, although it allows to gradually become more familiar with the different game mechanics, especially if you haven’t played the original Cyber ​​Sleuth, I regret the fact that the intro/tutorial part of the game can be too long. It’s not until the third chapter that the game leaves you more or less free to choose your missions and train your creatures. But once these four hours of hardwork are over, Digimon Story: Cyber ​​Sleuth – Hacker’s Memory is pure pleasure, especially for fans of the original.

In terms of gameplay mechanics, expect the same traditional Cyber ​​Sleuth system, which is precise and work well. You’ll find yourselves in a turn-base battle system, that is well thought out and quite demanding. As for the whole hack and exploration part, it’s a more simple progression, which never really bring anything fresh to the core. But since it worked great in Cyber ​​Sleuth, it’s just as effective at Hacker’s Memory. Too bad the dungeons are all a little bland, however.

As for the capture, do not expect to find here anything resembling near or far what the great Digimon competitor has (Pokémon for those of you that don’t know). Indeed, there is no question of “capturing” creatures that will cross your path. On the contrary, the system is a bit more tedious, forcing you to encounter several times the same monsters to raise a progress bar, and then be able to materialize them. If it works pretty well at first, it starts to slow down considerably in terms of pace, especially for the high-end Digimon, but you can always train and evolve these ‘Mons.

And as before other Digimon games, you’ll have to take care regularly of your digital critters. The Digi Lab makes a comeback, where you can evolve or devolve our creatures, according to their level and certain characteristics. This point is an integral part of the adventure, since it is always necessary to make sure to have the best Digimon under your belt, as the game’s difficulty can be somewhat demanding. To help us in the tedious leveling up process is also the Digi Farm, where you can leave your little monsters to gain experience, or even work for us to farm goods and solve smaller missions.

In terms of content, this “parallel” adventure is one behemoth. In addition to a pack of new creatures, bringing the total to 340 (and maybe even more with free updates coming), it features a new game mode known as Domination Battles. It is a team-based battle where hackers try to dominate an arena, by landing and controlling as many squares as possible, almost like Q*bert. When you meet an opponent on the board, a single-round battle will start, and the winner will win the loser’s points. Rather simple but really fun and strategic, this system unfortunately appears quite rarely in the adventure, but each time offers a touch of welcome freshness. As for its lifespan, Digimon Story: Cyber Sleuth – Hacker’s Memory does shy away from other J-RPG of recent years.

The title has a plethora of small side activities, such as the endless collectibles, or sidequests like repairing robots in the digital world. If this does not add much to the experience, I will welcome the intention, and probably guess that most completionist won’t mind this challenges. That’s without mentioning the Field Guide to finish (the equivalent of Digimon’s pokedex) and a New Game+ that transfer your progress. On top of that, the traditional versus multiplayer mode is there for you competitive players, but I really wish the Domination Battles could’ve been player with others instead of relying on AI.

Digimon Story: Cyber Sleuth – Hacker’s Memory was reviewed using a PlayStation 4 digital code of the game provided by Bandai Namco. The original game was released on PlayStation Vita in Japan back in 2017. We don’t discuss review scores with publishers or developers prior to the review being published

Not really original, Digimon Story: Cyber Sleuth - Hacker's Memory is nonetheless a decent JRPG with one hell of a lifespan. It's a rich experience, with a gameplay that is slick, full of content, but looks a bit crude on the technical side. 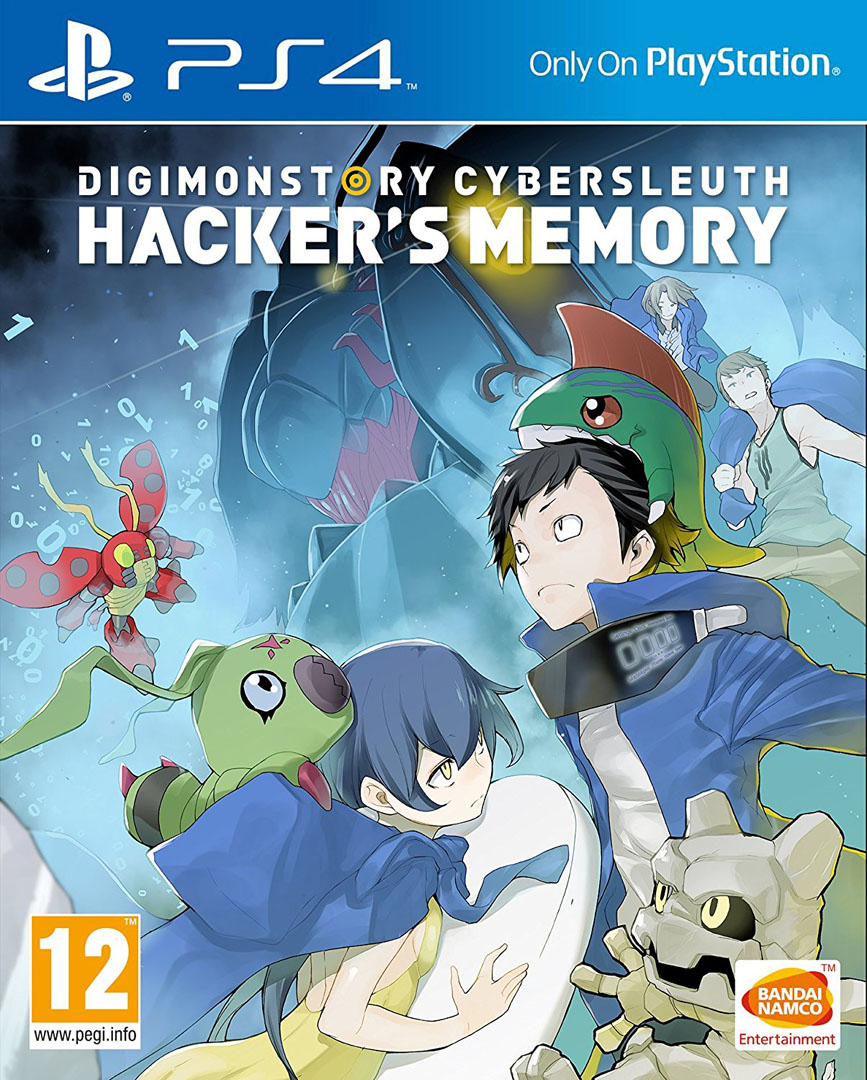