After a series of setbacks, Destiny 2 has just received its second additional paid content known as Destiny 2: Warmind. After spending a hefty ammount of the game, and as a diehard fan of the franchise, I can start by telling you that I’m extremely disappointed with this Expansion.

You see, when the first Destiny came out, it proposed two minor extensions before returning more seriously in the heart of players with Destiny: The Taken King and Destiny: Rise of Iron, so I assumed that Destiny 2 would follow the same path. And so, if the first DLC released last year (The Curse of Osiris) was really shameful for me, proposing a tasteless campaign in the form of a sequence of corridors, I had hopes for the next one based on the Warmind Rasputin.

While the first Expansion was all about the famed Osiris – even if they reduced him to almost a joke in its narration – the story in Warmind is all about another iconic character of the Destiny lore: Rapustin. It seems that after the traveler got awake at the end of the core game story campaign, many new threats and issues are back as well. If the return of the light brought back a Vex threat on Mercury, with Destiny 2: Warmind this meant a new type of hives that are only found on the glacial area of Mars as well as Rasputin. The latter, an AI created by humanity during the golden age has formidable power, wanted by the Hive, but Ana Bray is here to the rescue. A hunter looking for more clues about her family’s past – which built the AI – will help you to solve all the problems that are in your path, with some bits of Zavala’s so-called “wisdom and leadership (a bit like how was Ikora Ray in the first expansion).

If the scenario doesn’t really dwell so much in the new antagonists are just, but getting a little closer to the mythical Rasputin is very interesting, and opens the door to new stories for the rest of the franchise upcoming expansions or sequel. In any case, compared to the rushed story in the DLC Osiris, this one is much better, but still not enough, very minimalist, with more depth in the hidden conversations during the missions.

With the majority of the expansion based on Mars – a planet that we already visited in the first Destiny – you’ll discover that its design is quite a different angle of the planet that games (or even movies) don’t show: its icy depths. While the map is larger than the original game, it has a bit more content in comparison to Curse of Osiris but its design is rather bland. In addition to a new experience level of now 30, plus a maximum light level reaching 380, Destiny 2: Warmind has a 3-level story mission campaign, a handful of adventures (the fancy word for sidequests) linked to Ana Brey’s own lore, which is still a bit short. But what I really liked is the ending, with how Rasputin is portrayed, and will definitely blow your mind if you’re a lore fanatic of the Destiny universe.

Mars is also home to two new landing zones hosting their own sets of public events, along with a new side-activity called Escalation Protocol. This kind of timed Horde mode will see you face seven waves of enemies, which increasingly get more difficult, eventually end with a boss. Those are not your solo high-level public events, we’re talking about getting overwhelmed from the first wave, and that’s without talking about the clock ticking down. This is probably the highlight of the expansion, on top of the fact that reaching a high level is definitely more grindy than the first expansion.

The expansion will also add two Mars-based crucible maps, private crucible match mode, and new exotic weapons and armors (even if almost half of them are returning original Destiny ones). For those that like PvE challenges, then you will be either ok or disappointed with the offering depending on your platform. The Insight Terminus is a strike that is exclusive to the PlayStation 4, and the two other added are just recycled versions of two out of the three-story missions which will piss off Xbox and PC players. Seriously Bungie, I get that there’s exclusive content with first-content partners, but this recipe was not the case in the original Destiny.

Thankfully, the new legendary armors, a couple of gameplay updates, new season, and of course Raid Lair are small redeeming factors of the expansion. While I wished we actually had an all-new raid instead of just an expansion of that as well, the Spire of Stars is quite fun and challenging. Like with Eater of Worlds lair, these shorter activities are a much better alternative for players with less gaming time, than the full-fledged Leviathan raid. Sure it will take a lot of players and time to figure out its flaws, exploits and lair patterns, this extra activity will eventually be another hour weekly reset routine. A shame honestly!

Destiny 2: Warmind was reviewed using an Xbox One digital copy of the expansion pack purchased by the writer. The expansion pack is also available on PlayStation 4 and PC via digital and retail stores.  We don’t discuss review scores with publishers or developers prior to the review being published (click here for more information about our review policy).

• The ending with Rasputin.
• The new raid lair is a good challenge
• So much new gear to collect and grind for the fanatics.

• Not much content-wise
• Back to the grind.
• What happened to the OST?
• Strikes are recycled missions.
• Half the exotics are original Destiny weapons
• No Added achievements or trophies / Success.
• Overpriced for what you get

Destiny 2: Warmind was a chance to regain the trust of Destiny fans, sadly like the previous one is just subpar. Individually set at $20, the content is not worth the price tag, you will probably fall quickly in the same routine, and will be left with 1-2 month saying simply: now what? I'm extremely worried about the franchise now and really hope this is not the road Bungie is going to keep on going with. 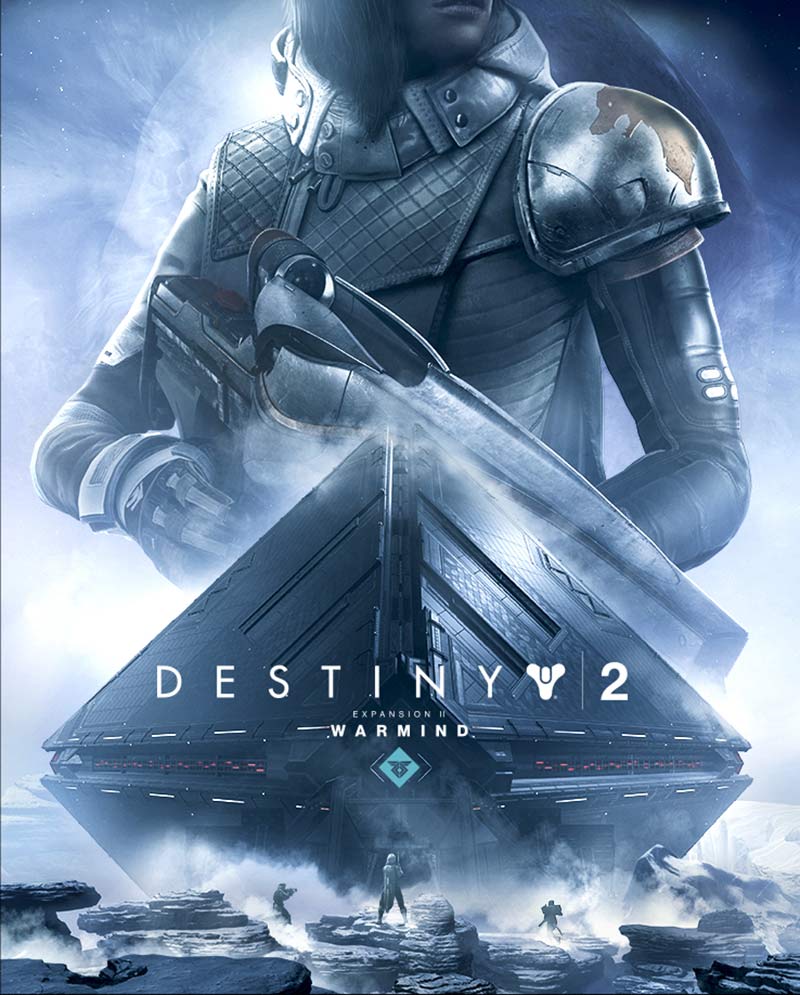