As far as consoles go, the Vita has generally been out of the limelight for most of its lifetime. The main reason for this, or more accurately the reason people give, its lack of a solid game library. However, if you pay attention to the Japanese-developed titles, Vita has a very diverseand memorable library filled with underrated titles. One such title is the first Demon Gaze, which was a fairly well-crafted dungeon crawler that didn’t really get that many nods. The folks who put it together are willing to give it another shot, however, and they’ve gone to the trouble of localizing the sequel and putting it on PS4 as well. Does it manage to hold up.

To begin with, they’ve done a lot with the story this time around. A lot of these less popular JRPG-type titles don’t really work that hard on creating a good story, but Demon Gaze 2 has fixed that right up. Whereas the first title offered very little by way of story, especially during the first half of the adventure, Demon Gaze 2 tries to build a frame around the actions and motivations of the player and of all the main characters. These characters include a fairly compelling villain, the despotic ruler of Asteria, Sirius Magnastar, and our hero, who is afflicted with amnesia (hey they didn’t get rid of all the cliches). And yes, here comes the proverbial rub: by adopting one of the most worn and abused narrative premises of videogame history, the development team puts the player in the role of a Demon Gazer (ie a warrior endowed with the ability to bend the demons to his will with the sole power of the gaze), and he has no idea of his immense power, nor does anyone else, until they’re totally blown away.

As much as he does not like it, our intrepid hero becomes a member of a rebel force that wants to free the kingdom of Asteria from the yoke of a ruthless and selfish monarch, and he discovers, as the events unfold before his eyes, that he has much in common with his nemesis, and decides, then, to fight it out on his own field, bringing the fight to another level. In this scheme are inserted, like crazy splinters, a follower of Magnastar who seems willing to betray him, giving the power of the Demon Gazer to our hero, and a handful of demons, apparently female (assuming that the demons have a sex), which, once freed from the control of the sovereign of Asteria, they join the protagonist to fight their power.

The step forward compared to the prequel is evident, both in terms of psychological deepening of the characters and commitment to writing dialogues worthy of being at least read, but, at the same time, the use of abused topoi and fan service practices between the useless and the beaker does not allow the title to take flight as the developers wanted. In any case, as the recent Etrian Odyssey V teaches, plot and characters do not represent cardinal elements in the economy of a DRPG, but rather are the combat system, the loot and the design of dungeons and enemies.

The backbone of the title has remained, at least in appearance, largely unchanged compared to the 2014 episode, with all that follows in terms of depth and accessibility of the experience, but, in the face of many elements unchanged, Experience Inc. has made substantial changes to elements such as the difficulty curve and the reward and loot system.

But let’s go with order: as for the first episode, Demon Gaze II is an old school dungeon crawler, with first-person view, a very limited number of animations and a turn-based combat system, with up to five characters simultaneously in the field, arranged in two rows.
The possibilities of personalization are immense, decidedly more than in the already satisfying chapter of debut, thanks to the dual possibility of enlisting new demons progressing in the game (up to the point of merging them, in a process that reminded us of the various Persons) and to equip dozens and dozens of unique weapons and equipment, received as a reward at the end of a fight or obtained from one of the goblets scattered around the dungeons we are going to explore.

Two of the most striking innovations compared to the past are represented by the system of rewards and the possibility of “demonizing” your party, bringing to its extreme consequences offensive capabilities for a short period of time. The loot system, apparently unchanged, has shown itself to be far more generous, especially in terms of less rare objects, allowing you to equip your party with dignity from the first steps and, above all, to put away a nice nest-egg reselling everything

On the whole, Demon Gaze was a pretty fun title, and it managed to have more focus than a lot of its peers, and cut back on the grinding. The story might start off a little predictably, but the characters are well-written and the plot unfolds nicely.

Demon Gaze II was reviewed using a PlayStation 4 downloadable code provided by Nis America. The game is also available on PlayStation Vita in both retail and downloadable versions. We don’t discuss review scores with publishers or developers prior to the review being published.

Demon Gaze II is like a penitent student that carefully notes all the mistakes its predecessor made and avoids them altogether. It’s still got a lot of the typical issues that jRPGs face, but it’s done a great job of cutting past those shortcomings and delivering a tight, focused action RPG

Review: Battle Chasers: Nightwar
Be the first to comment!
Leave a reply » 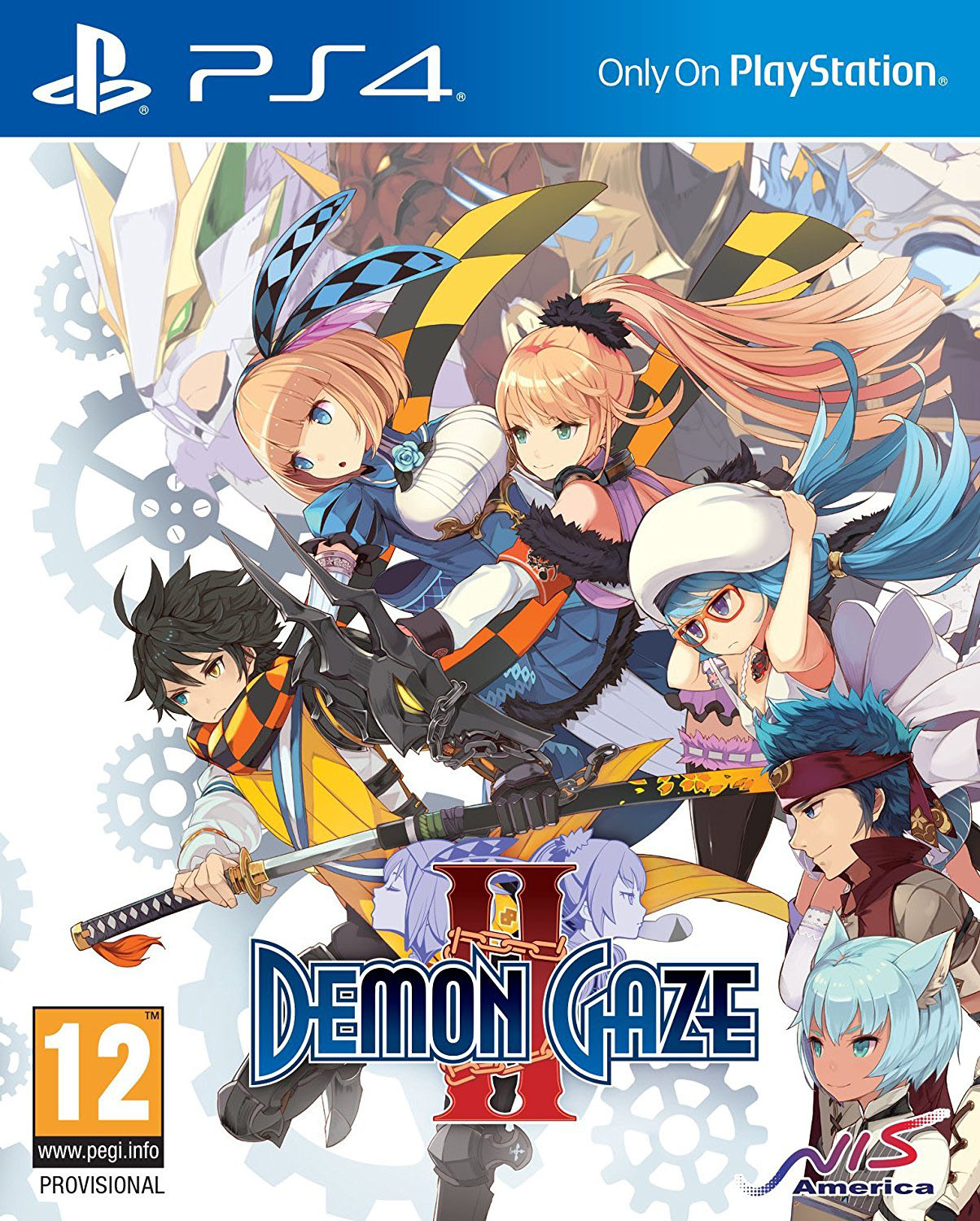