At the end of 2012, a small independent studio called 5 Bits Games got enough support to create Deadlock, a FPS game merge with puzzles and platforming action, reminding us of Valve’s Portal series, or even Blue Isle Studios’ Valley (which we reviewed back in September 2016). After being eventually supported by Bandai Namco, the game finally saw the light on PC in 2014, renamed Deadcore, promising a core gameplay for speedrunners. Now released on consoles thanks to Grip Digital, I finally get to try this title.

As soon as you take control of the main character, you are tossed in a strange world where simple words float in the sky, inviting you to search for answers at the top of a tower that isn’t simple to climb. You start simply with the simple mechanic of jumping and double jumping, but soon enough things get complicated as you gain a “switch gun” (which is more of a tool than an actual weapon), which will help you activate and deactivate defense system and platforms.

It would be pretentious to imagine that your first start of DeadCore will really make an impression for the player. Throughout the five levels that make up the main adventure, you will unlock different skills that will enrich your range of movements. Pushing for great accuracy, impeccable timing and above all mastery of your body in space, the difficulty curve of the game is constantly rising, and will force you to improve yourself all the time. Even if you do fall and die, you’ll simply lose one laser shot of your Switch Gun and return to the last checkpoint, and expect yourself to do that for a good hundred time per level.

To tell you the truth, the strength of DeadCore is to succeed in pushing you tirelessly to restart either the game in its entirety by tempting you to beat the available speedrun mode, or just replay levels to try and find out the many hidden bonuses. The simplest items to find will give you access to entries from a logbook, allowing you to piece out elements of the story, and understanding what this main character is looking for, and how did he end up in this strange world.

In unlikely places are hiding the real treasures of the game, which are improvements of your skills such as the ability to use the dash for a longer time, jump higher or have more ammunition. These bonuses will make your life easier and dare you to pick path in the levels that are riskier, but at least more rewarding. It is even likely to see the end of the game, and never even discover your first “spark”, these bluish lights that make new parts of the levels appear, usually with a more challenging platform sequence. Remember that once you have finished your first game, you have the possibility of starting again instantly, retaining all your powers acquired and hopefully going for a better time in the speedrun (especially with the constant stopwatch neatly placed on the gun visor).

It is therefore in repetition, after several playing sessions, that you’ll get into mastering the level design from end to end. The understanding of the environment is primordial in the game, willing to push the players to initiate themselves to the speedruns. When things go fast, it’s hard to recognize a platform in the golden scenery, or detect the elements that will make you drop into the abyss. The endless tower will eventually evolve into a more futuristic environment, with levels floating in the morning skies, to even neon-like Tron influenced ones

But for those of you that are senstitive to motion sickness, forget the idea of ​​playing DeadCore. The simple jumps of the first few minutes of the game are a breeze to be repeated to get use to the precision and agility of the character, but you’ll have to become quicker and better eventually, which can get you dizzy. Since it relies on quick reflexes in shooting mechanics with platforming sequences, and you will  to optimize your perception of the environment and anticipate the next move instantly. It is also where you will find my two main issue with the game, which risk being the cause of frustration for many: the physical size of your character and how to handle magnetic walls.

As soon as you start the game and get your weapon, you’ll realize that your virtual body is wider than you think in comparison to other FPS games. As you will quickly have to move through doors with speed, baffle lasers and sometimes land on really tiny cubes, it often happens that you’ll die because of a random collision with the scenery. And that issue is even more noticeable when you cannot easily anticipate the direction of your landing when exiting an anti-gravity zone.

DeadCore was reviewed using an Xbox One downloadable code of the game provided by Grip Digital. The game is also available on PlayStation 4 and PC in online store releases. We don’t discuss review scores with publishers or developers prior to the review being published.

DeadCore is a great FPS platformer, perfectly created for speedruners, but also fans of Valve's Portal series and similar puzzle games. Pick it up now on console or PC at a cheap price. 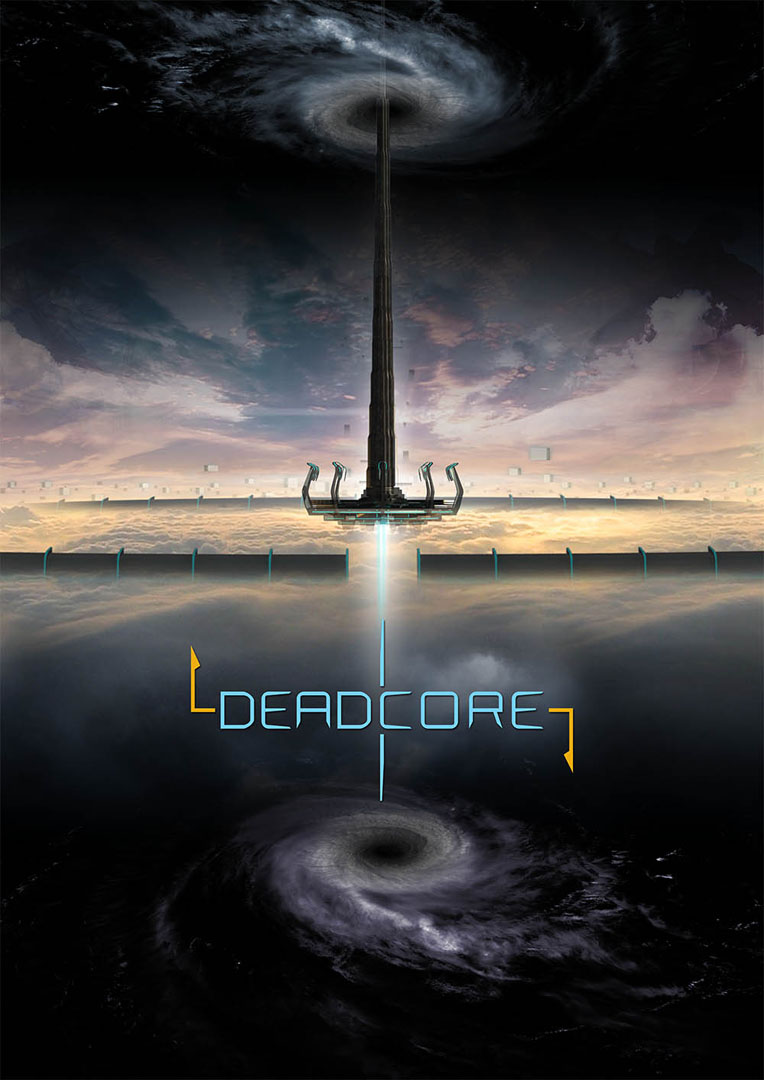