If you recall CCCP’s last title, Dead in Bermuda, then you will be familiar with their style and work. Dead in Vinland, the latest addition to the series is no stranger to those gameplay mechanics. The concept of a group’s survival on a deserted island is still here but taken up a notch with some great upgrades and a lot of depth to the story. Our survivors are also different as we find ourselves with a family of Vikings stranded on an unfamiliar island.

Dead in Vinland, just like its predecessor is a survival game. I am not talking about games such as H1Z1 but more of the management and patient type of survival games. You are given a camp of survivors who have recently been stranded on a deserted unknown island and you must effectively manage the camp. One thing you notice as soon as you start the Dead in Vinland is the simplicity of the mechanics. The developers did a great job, keeping this game simple despite the genre while maintaining a brilliant level of depth to the gameplay that gradually increases as life goes on at the camp.

Contextually, the game is set in the Viking’s era. This proud nation, where attacked and forced to leave their homeland. Your story follows the lives of Erik, his wife, his daughter and his sister in law who find themselves shipwrecked on an unknown and believed to be deserted island. Without spoiling the fun, our proud family, immediately find out that they are not alone on this island and face terrible danger from a tyrant called Bjorn. This is where the entire mechanics start kicking in. To stay alive, the Tyrant requires a weekly payment and we find our survivors starting from scratch while building up the strength to revolt against Bjorn. Throughout the game, there will be many newcomers, but the original group will always be the main protagonists of the story. This means that none of the main characters should die otherwise it will be game over.

I mentioned earlier the depth of the game and it is within the characters that we truly experience this great effort put by the developers. Each character has his own daily events, traits, background, relationships which all lead to flourishing the story and enhancing your survival experience. The character traits are remarkable as they all affect each other. Every task or trait you use has consequences which can trigger hunger, fatigues, illnesses, injuries and many more. To add to all these elements, the developers decided to inject some of the old Viking folklore which plays a big role in the exploration of the island.

The game comes in 3 different difficulties. I went ahead and played it on normal as it gives you a balanced gameplay. The smoothness is due to the mere fact that this is a turn-based game. You have plenty of time to study the characters and your next move. At the start it is simple. You must assign basic roles to everyone in your group. The roles in this game are straightforward. Harvesters, gatherers, constructions, … think of Sim City meets Age of Empires. The main challenge is maintaining your camp while taking care of the inhabitants and it gets harder and harder as the game progresses. Every element has a role, for instance, fire is used to purify water, cook, keep the camp warm. If this was not enough, the developers also decided to add surprise factors which bring in the RNG part of the game. You will want to leave camp at some point, but you will not be able to know if the weather will affect you strengthening your decision-making skills.

For an indie game, this is a complete title. CCCCP did a great job putting this together. The game is always progressing and so are your decisions and the evolution of things around you. You will witness relationships being developed, others destroyed, greed, anger, love, etc. The life cycle of the game is massive, and the re-playability is unparalleled. You are always learning and exploring which many survivor games fail to master. Exploring the island is now rewarding. You can trigger new recruits, new missions, and tasks simply by venturing out on the island.

One of the things that excited me is the RPG side of the experience. Your characters level up as they move forward into the story. Every time you level up, you gain new choices proposed to you that are linked to three different categories. These categories are the focal points of your progress. One is for maintaining your camp, the second one is for strengthening your character and the last one is for fighting. Speaking of the latter, this is a new addition to the old game and is a great one if I may add. Fighting can be triggered randomly when you are exploring but you can also choose when to fight however you need to make the right choice because a small injury could lead to a disastrous outcome.

One of the things that the developers could have done better is work on the graphics. Although the drawings inspired by the Viking era is spot on, I believe CCCP could have done a better job in adding some more dynamics to their UI. What lacks in graphics is made up of sound and tunes. The music that was used is in perfect sync with everything that is happening in the game and the queues are spot on.

Dead in Vinland was reviewed using a PC digital download code of the game provided by Playdius. The review was done on a PC running a Windows 10 Home, Intel Core i7-7700HQ processor set at 2.80 GHz, 4GB NVIDIA GeForce GTX 1050 Ti and 16GB of DDR3 Ram.  We don’t discuss review scores with publishers or developers prior to the review being published (click here for more information about our review policy).

Dead in Vinland is a great sequel to its predecessor and is one of the most successful indies we have seen this year. The game is always full of challenges and will satisfy all survivor genre fanatics. CCCP truly blew it out of the park with this one. 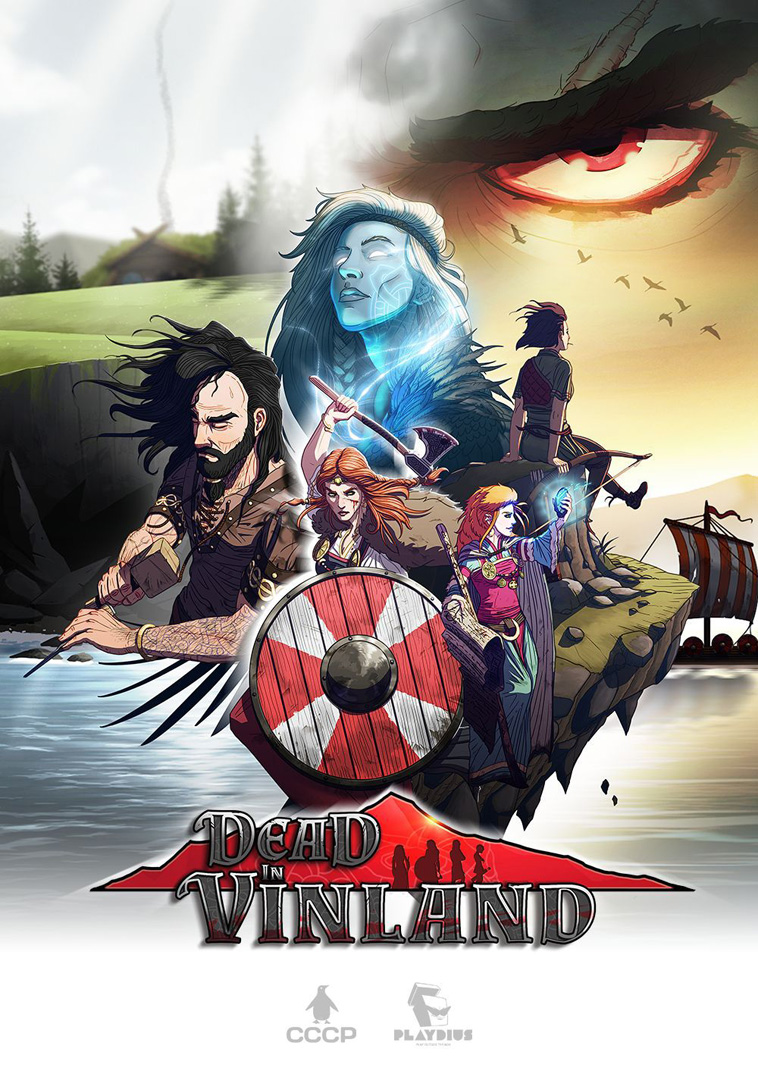