Being born in the 80’s, I witnessed the horror genre explode with the creation of many iconic characters like Jason, Freddy Krueger and many more, who’s performances in their movies ended up laying down a groundwork that is still being used in Hollywood in most films of this genre. Nowadays, video games are really tapping into these iconic movies and genres to give players around the world an experience in which they can relive some of their favorite moments and fantasies they grew up with whether they have seen it on TV, books or the big screens. Dead by Daylight is just another one of those.

This title came to steam in 2016 and immediately caught the attention of many fans of the genre by providing them with what seemed to be a couple of weeks of amusing fun giving tribute to all these characters that kept us awake at night. They also added to the overall experience the soundtrack and some additional content such as the 80’s suitcase, the bloodstained sack, the “of flesh and mud” chapter and the spark of madness chapter.

Now let us jump straight on to the core of the game. Dead by Daylight is simple in all its features. You are either the victim or the executioner. It has many similarities to Killing Floor 2 in the positives and faults of the game. The graphics are fair and rather mediocre artistic design and playable mechanics that despite being fun ends up tiring the player and reducing the replay value.

However, we need to keep in mind that these mechanics are not the strong point of Dead by Daylight. What really makes this game shine is the fact that it pulls players to bring with them the creativity and experience of a standard horror movie offering each other a similar experience that varies every time. I sometimes wondered if the person on the other side of the controller needed to be checked! Creative, yes but sane, not always the case.

As a killer, you must always arm yourself with patience and cunning to find that poor and unfortunate soul that decided to choose to be the survivor. The latter is taken through a series of scenarios that all have similar designs and which will eventually be the cause of making the game’s replay value poor. It might sound perfect and god like to be the killer however it is not as simple as it sounds. The killer has certain disadvantages. As the maniac behind the knives, you cannot run or jump at times. In addition, when you strike a survivor you take a short pause giving the survivor a chance to escape adding to the emotions of the game and emulating scenes from horror movies where the victim gets a breath of hope before it’s taken away. Overall the control of the killer is way slower than the victims giving the latter a slight advantage. On top of that, to eliminate the player, you need to carry them to a hook, hang him and wait for him to struggle until he is taken to the afterlife all while making sure no one comes to help him.

As a survivor, you have the option to play in the third person and extra movement keys such as crouch, jump, slide …etc are given to you. The developer did a good job in balancing the gameplay by giving the survivors this freedom of movements that killers do not get after all, the survivor has no way of attacking the killer so he is as defenseless as they come. Now for the survivor, the mission is slightly more complex. You need to learn how to hide. That is the key of your survival but you also need to activate 5 engines that will open an escape route.  It sounds easy at first but you will quickly realize that before activating an engine, you will need to repair it which will take you about a minute. And repairing the engine has its own mini-game whereas at random moments, a bar will pop and you will need to click the gauge at a precise moment or the engine will pop giving your location away to the killer.  This same gauge mechanic happens with everything a survivor does. When you are healing a team mate, if you fail the gauge, your team mate will scream giving you the impression that you poked him hard with the stitching needle. The best approach to this would be to work together with the other 3 survivors to speed up the process.

I saw many people playing the assassin’s role as they think it is more fun however I personally preferred being the survivor. The cooperation between players to survive is quite interesting and does not always mean to help each other out. After all the point is to survive at all costs and that adds many layers to the game. I found myself several times taking the hard decision to let a team mate die so that I can make it to the escape gate but sometimes, I felt compelled to save them even if it meant my death is inevitable simply because they did a hero like action. These decisions need to be taken carefully. The game has a voting system that tells players what type of player you are and when it comes to entering the game, it can sometimes be tricky.

Games like this usually have short modes with games lasting roughly up to 15 minutes each round. Modes like this can quickly be boring and the developer found a solution to it by adding character development through levels that gives you access to powers, enhancements in both factions. This is far from perfect but does the trick at first. Some of these enhancements include utility powers depending on the character you select. These utilities have levels on their own to develop as well. Now it is great to add this to the game however it becomes a nuisance if you are not able to fix the matchmaking to players with similar experience. I found myself 8 out of 10 times facing a maxed level assassin when I was just level 6 making it almost impossible for me to even hide.

As I mentioned earlier, one of the strongest suit in this game is the cooperation between players. The game is 100% coop based. There are no options to play vs the computer. That said, game modes are fairly short and very monotonous. If they added other modes like time trial it might have increased its replay value. They did however add dailies which gives you extra rewards and enhanced XP.

Dead by Daylight was reviewed using an PlayStation 4 downloadable code of the game provided by Starbreeze Studios. The game is also available on Xbox One and PC via online stores. We don’t discuss review scores with publishers or developers prior to the review being published.

Dead by Daylight is not a game that had big budgets to back it up, so not being perfect is understandable, however we do not see any excuse on not fixing the mistakes they faced on PC before the release of the console version. But to be fair, the game is highly entertaining specially if all your friends are in the same lobby playing both factions. We have hopes for the future of the game as we can see the developers are already working on new content. 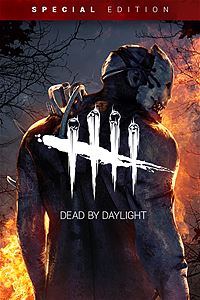