Despite some small defects, De Blob was one my favorite game franchise from the Nintendo Wii era. With the first game being so fun and one of the best third-party titles on the old Nintendo console, THQ at that time went ahead with De Blob 2, a sequel to the original. Now seven years after the release of the original game, THQ Nordic decided to give the title another chance and a new audience with a remastered port on the current generation of consoles.

De Blob’s first story told the story of de Blob, a creature whose talents as a painter had revived a monochromatic world due to the INKT Corporation invasion. With the sequel, the concept has not changed, with the story starting in Prisma City at the time of the mayorship elections. That’s when Comrade Black, the first game’s main villain cheats his way in the voting pools, wins the election, and soon establish chaos like getting rid of the city’s colors. And so our flubber-like de Blob gets back into the action to restore color to the grey city and kick out the INKTs. It’s a fun storyline, a bit cliché, but it’s better than most stuff that came out recently in terms of platformers.

As for gameplay, it’s a blast as always. De Blob can absorb different paint colors and spread it on everything he touches just by rolling his way into the city. The different colors are used to repaint buildings, free citizens, and defeat enemies. This translates into an association of 3D environments and passages in interior 2D levels, all sprinkled with some puzzles that are easy to solves. Aimed for a young audience, the ease of gameplay is pronounced by a simple two keys button layout for actions, including a trigger to lock, and another button to jump or smash.

The levels in de Blob 2 are large and the missions are rather similar with the a constant pattern. Even if new temporary powers are sometimes offered to de Blob like transformation into a ball of mercury, the lack of real variety is noticeable. It will take about fifteen hours to complete the story, and the more hardcore of you or achievement hunters can focus on a bunch of side-missions, which significantly increases de Blob 2’s lifespan. Also you can try out the 2 player split screen coop, to have someone help collecting items or attacking enemies, as well as take part in additional levels unlockable only as a pair.

In terms of remastered, there is not really much to point out at de Blob 2. The environments and textures are as always neat, but so simple that it is difficult to really notice the difference. The game nevertheless runs well on Xbox One X, with a higher resolution than the original. The major technical flaw of the game will sadly be the same as it was when it came out on the Nintendo Wii, which is the camera. The latter tracks weirdly de Blob during jumps and action sequences, and sometimes is blocked weirdly by walls or objects in the levels. It’s a shame considering that with the modern technology, a remastering would’ve probably corrected these camera issues.

Nevertheless, I’m so glad I got to play the game, and remember how bloody great that soundtrack is. One of the my top 10 original composition in gaming, De Blob 2’s soundtrack is a blast of modern Jazz, Fusion, Funk and even salsa, composed by John Guscott. Each color corresponds to an instrument and tune that will play out as you pain the scenery. It’s fun, and worth downloading even on its own.

De Blob 2 was reviewed using an Xbox One digital download code of the game provided by THQ Nordic. The game is also available on PlayStation 4 and PC in digital releases, and previously released on PlayStation 3, Nintendo Wii and Xbox 360 in 2011. We don’t discuss review scores with publishers or developers prior to the review being published (click here for more information about our review policy).

• Gets quickly repetitive.
• Those camera issues from the original version
• Not much of a remastered

Available now on modern consoles, De Blob 2 has been remastered into a simple port, with barely any changes including its original faults. But I'll highly recommend this game to those that never tried it, especially for the younger generations as it's an entertaining title.

Review: Metro Exodus
Be the first to comment!
Leave a reply » 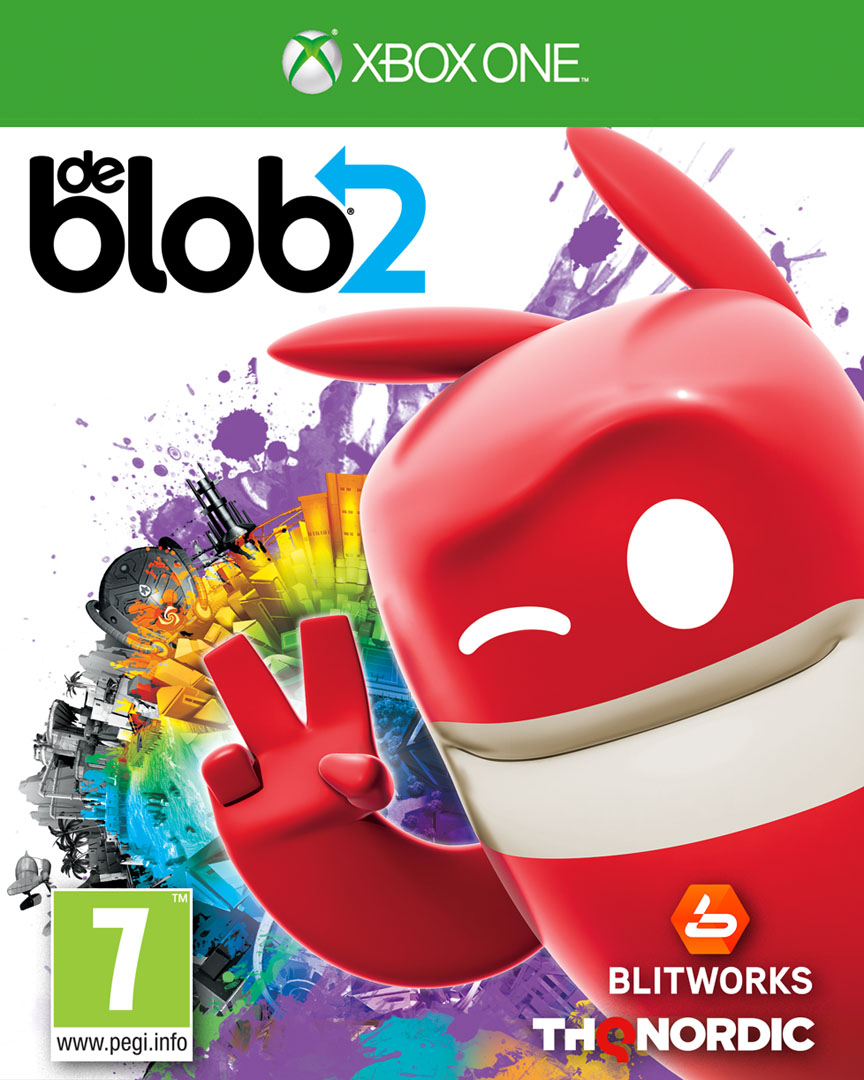