Over the past 5 years (if not even 10), the indie scene has been returning to more classical games as much in their gameplay than in their style in terms of influence. And so Red Hook Studios has developed a very interesting title taking up the very basis of RPGs, which has been available for a while on Steam, called Darkest Dungeon, now available and reviewed on Nintendo Switch.

Before tackling the positive and negative points of Darkest Dungeon, it is important to define the different genres it merges together into one package: Red Hook Studios’ title is a rogue-like turn-based role-playing game. A rogue-like is simply a game in which the main characters can die for good. The protagonists can and will die during your game, and you must therefore manage the improvements you give to each hero, or else you’ll lose all of your investment whether it is skill points or weapon upgrades. Including elements of role plays, you will have to equip your characters with different elements in order to reach your goals. Finally, Darkest Dungeon is played turn-based, which means that each of your actions are very important, because once done you cannot go back before your opponent or your enemies have completed their turn.

As its name suggests, Darkest Dungeon is set in a very dark universe, a gothic adventure to be exact. You play as a hero who is trying to restore order and eradicate all the dark forces that inhabit the lands. Sadly, you are pretty much penniless in your pockets, and will have to recruit adventurers and go on slaying monsters, to restore the might of the family.

There are two phases in Darkest Dungeon when it comes to its gameplay mechanics. The first is the preparation and the second is the actual dungeon raiding quest. Each of these steps is very important in order to successfully enough loot and accomplish your goal. During the first part, you can recruit new members for your quests, but also make sure they are not too stressed, because yes the fear is present. The developers have introduced an unusual element in this type of game, by adding a level of stress to each of your protagonists. All that stress can be controlled with objects, such as making sure your torch is well oiled to generate light in the darkest part of the dungeons, or sending heroes to rest at the brewery, or even console themselves with prayers at the church. All this is very important, because stress can cause long-term debuff and eventually become an entire handicap in your team.

When your team of 5 is completed and ready to face the horrors of the dungeon, it is now time to head down and pick a quest in each of the spots of the family’s property. With a single click, the player will move his or her team in each part of these Darkest Dungeon and meet many enemies and traps. You will then have to face them in a very strategic turn-based battle which seems simple at first, until you realize that one small mistake cost you the entire team’s life. Indeed, developers did not just stop at doing simple paper-rock-scissor system, but added extra strategic elements, such as the position of each type of heroes. So we find ourselves moving our protagonists a bit like a game of chess to adapt our team to a fight, and manage to win. In the end, your ultimate goal is to improve your team to a high enough level, by exploring and eradicating new dungeons, and eventually beat them all.

But Darkest Dungeon is a very difficult game. Some of my colleague will even say that it is too difficult, but I wouldn’t go in that direction. Sure, the title has an extremely sadistic and fast progression curve, and you’re not guided by the hand like a child by the developers. However, fans of this type of gaming experience will be charmed, especially since this level of difficulty requires an attention to details to survive.

One of the other qualities of Darkest Dungeon is undoubtedly its visual aspect, but also the different graphic effect added during the fights by the developers. They have done a lot of hard work and the result is really pretty – well if you consider dark gothic art pretty. The cutscenes are worthy of the biggest AAA franchises and are a real addition to the dark universe of the game.

The game is a successful rogue-like, and having this close handheld experience on the Nintendo Switch with headphones makes it even more enjoyable. If you love a challenge, rogue-like and RPG games, then Darkest Dungeon is definitely for you.

Darkest Dungeon was reviewed using a Nintendo Switch downloadable code of the game provided by Red Hook Studios. The game is also available on PlayStation 4, iOS devices, PC via Steam and coming on Xbox One in February 2018. We don’t discuss review scores with publishers or developers prior to the review being published (click here for more information about our review policy).

Red Hook Studios' Darkest Dungeon wins on all fronts by offering a challenging and addictive gameplay. Everything is underlined by a great gothic style art direction and soundtrack, original mechanics and fun blend of rogue-like, turn-based and RPG games. 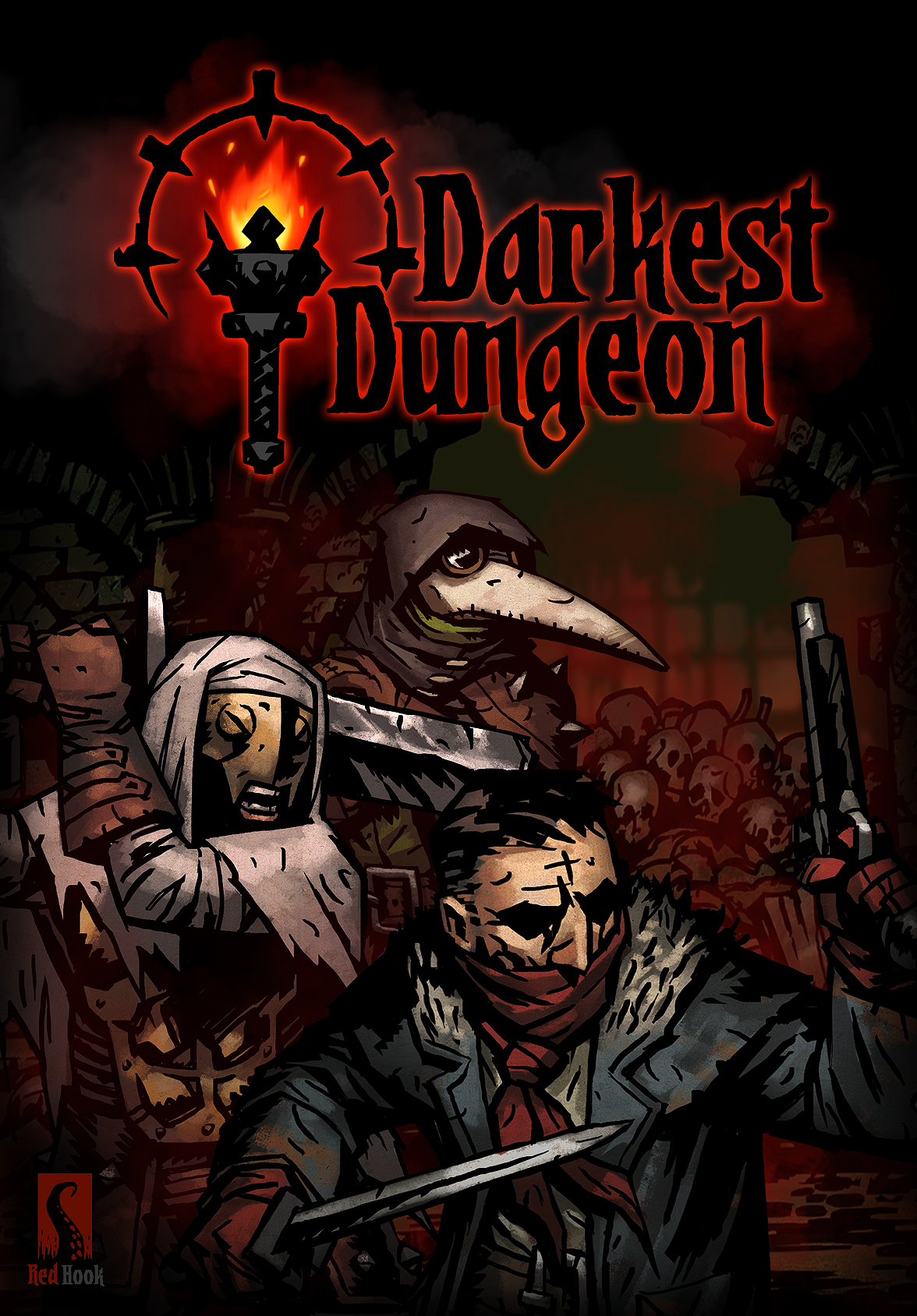