Editor’s Note: This review is mostly focused on the remastered and updated aspects of the original game on Xbox One X and Xbox One. This review will also be updated following the release and test of the Nintendo Switch edition, which will reflect on the overall score, and final verdict.

The bane of our existence, the hardship of the gameplay, the depth of its lore… Everyone knows Dark Souls. Now 7 years after its original release on Xbox 360, PlayStation 3 and PC, the spiritual successor to Demon’s Soul is coming back as a remastered edition on the next generation console. Is it worth getting after all these years though?

The first surprise when it comes to Dark Souls: Remastered is who handled the port to next-generation consoles including Xbox One and PlayStation 4, followed by Nintendo Switch later on in the summer. Polish studio QLOC took in charge the remaster, well known for their previous port (such as Dragon’s Dogma: Dark Arisen, Ace Combat: Assault Horizon, Mortal Kombat XL), with some help from the main developers over at FromSoftware at a minor level.

For someone that played the original game, Dark Souls: Remastered is worth getting for two reasons only which are logical: either you never played it on the previous generation platforms or you want to replay it at 4K resolution and 60 frames per seconds. While the latter technical settings will only be reached on the Xbox One X, PlayStation 4 Pro and of course PC, and it is worth mention that the latter platform will be the only one with native 4K. Nevertheless, while also tested on a normal Xbox One, there’s a clear cap to 60 frames per second but limited to the 1080p, which when compared to the 720p and 30 frames per seconds of the original released, we’re already having massive improvements.

If you’re not really into all these resolution upgrades, the remaster also affect the game’s assets in terms of details and richness, which are obvious as soon as you start your adventures. The grass is lusher, grains on cloth and material are precise, shadows and lighting enriched, and finally, textures are either slightly updated or as is depending on what I assume is the priority. Finally, high technical upgrade found on the previous PC version is now added to the console version, including bloom, proper motion-blur, decent lens flare, well-rendered smoke and fire effects, on top of the blasts and swing animations of certain weapons.

While the original game already had an online mode, the big upgrade in Dark Souls: Remastered now runs on dedicated servers, will up the number of adventurers to 6 (instead of 4). To invoke as many allies, it will be necessary to be in possession of the parched phalanx, an object that you will find much earlier in the game, from the Itinerant Merchant, and no longer in the painted world of Ariamis. Like in Dark Souls 3, players will be able to assemble using a password feature, with an automatic guest level adjustment if they are more powerful and/or better armed than the host. PvP as well has been upgraded, making the Estus flasks the only healing items available during battles. Players will be able to activate or not the matchmaking, as well as prevent invaders from seeing the invoking marks. For its part, the arena now hosts 3v3 battles and deathmatch for 6 players with random respawn points.

Finally, Dark Souls: Remastered will include Artorias of the Abyss, which I didn’t get the chance to try, and was previously bundled in the Dark Souls: Prepare to Die Edition. Artorias is a quite a known name for Dark Souls players, a legend in the lore, as the strongest of Lord Gwyn’s four knights that had ventured into the depths of the Abyss and defeated them. Becoming the first living being to be able to stay there, Ser Artorias died as a hero, and his burial would be forever guarded by his faithful companion: Sif, the Great Grey Wolf, armed with the sword of his master, and one of the most entertaining bosses fights in the game.

Dark Souls: Remastered was reviewed using an Xbox One downloadable code of the game provided by Bandai Namco Games. This remastered version of the game is also available on PC, PlayStation 4 and coming soon to Nintendo Switch in digital and retail releases. We don’t discuss review scores with publishers or developers prior to the review being published (click here for more information about our review policy).

Dark Souls: Remastered is a reminder of how much the trilogy has grown over the course of 7 years. This version is a massive enhancement in terms of framerate, resolution, multiplayer, technical assets, and still as demanding as it was in 2011.

Review: Naruto Ultimate Ninja Storm 4: Road to Boruto
Be the first to comment!
Leave a reply » 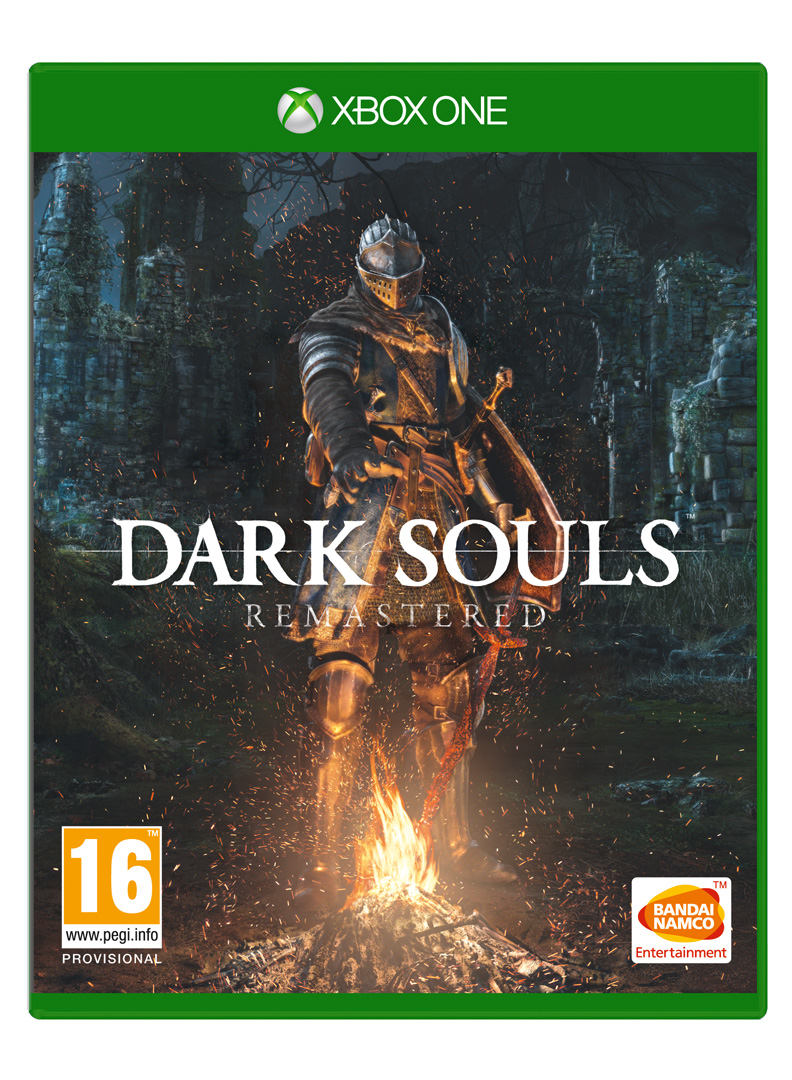