Back in the good old days, when I first experienced the world of videogames before making a living out of it, our life revolved around arcades in your local cities. We had to physically go to a place to play a game, on these relic wooden box which had its controls locked in it, and required coins to play the game with a set amount of tries and lives for your game’s hero. No checkpoints, no saves, and definitely no difficulty levels, but those were the greatest days, as you would learn from your mistake, and retry until you became better, instead of relying on modern ways to “cheat” like YouTube walkthrough and other similar forms of help. And so because of the evolution of gaming towards bringing everything closer to your home or pocket, consoles and handheld games have changed, and these ruthless game genre started disappearing from our modern days – if you don’t count remastered versions – but it seems like Studio MDHR’s Chad et Jared Moldenhauer were stubborn enough to revive the era’s famed gun ‘n run style with Cuphead.

Cuphead is the completely crazy bet of two brothers willing to risk everything they have, namely to restore the noble days of the run n’ gun genre, even if it meant to leave their jobs and mortgaging their homes. It’s almost as if the brothers even used their own story for the game, telling the tale of another duo, Cuphead and Mugman, forced to do the dirty work of being a debt collector muscled for a retro version of the devil.

In addition of being game from a genre somewhat fallen into disuse, Cuphead has distinguished itself above all by its unusual aesthetics. A true declaration of love to the cartoons of the thirties, the game has an artistic direction that will swoon you with joy. The moment you start the game, you’ll understand the influence that guided the Moldenhauer brothers throughout their seven years of development to polish this little jewel. From the early beginnings of the Disney animations like Steamboat Willie to the work of Fleischer Studios (Betty Boop and Popeye for example), the caustic and two-way aesthetics of these iconic cartoon can be seen in each character or boss confronted in Cuphead.

But even the best looking game in the world would be garbage if the gameplay isn’t on par with the quality aesthetic. And when one tackles a genre as precise and demanding as the run n’ gun, there’s no room for error. Fortunately for you, Cuphead has the gameplay precision of a Swiss-made watch, on top of being insanely fun, even If the game has long been presented as a boss rush title. Studio MDHR eventually took into account comments from fans, and gave us some more traditional levels as well on top of the boss fights, reminding us of games like Contra, Gunstar Heroes or even the Metal Slug Series.

So in the end, you will experience a rather tense gameplay, where you will quickly tame the overall maneuverability, in the most effective way you can to not die quickly. In addition to the shooting mechanics – which Cuphead or Mughead do by finger snapping – you’ll can quickly equip yourself with a secondary weapon, plus a dash, and a jump that can potentially be doubled thanks to a parrying system.

If each confrontation is in itself a full-fledged challenge that could quickly make you lose your mind, the recap page that appears after each victory will differentiate the wannabes from the run n’ gun veterans. The victory is always enjoyable no matter what, but it is only a first step into getting that perfect score, as you need to account for the time, remaining lives and other gauges that will add certain challenges (to a game that already doesn’t lack any).

Initially ruthless, Cuphead is old-school in both design and the way to teach you to get better. Victory is mostly only possible through repetition. The impatient player will be the last to recommend this game, because anger management is clearly part of the game. With bosses that have around three to five phase or forms to beat, ranging from vertical or horizontal shooting, Cuphead is no easy game. It’s so varied in terms of content and the differentiated approaches that you will never get bored for a single moment. The question is whether you are able to immediately restart a run after dying for the tenth time with the boss having a slither of life left in him.

Besides the bonuses and other secondary weapons to equip, the addition of playing with a friend – with good reflexes – will make your life way easier. Although it makes the game higher its difficulty, the coop mode has a helpful feature: as long as one player remains alive, he can potentially revive his buddy by performing a Parry on his specter. Easier said than done, those revive attempts will mostly turn into drama, especially considering how much is going on the screen.

If Cuphead remains in its great majority sublime to look at, certain levels or phases are a bit chaotic, at the risk of making too difficult to play. Fortunately, the input lag is nonexistent, but some hitboxes are not always precise, especially in the shoot’em up phases, makes us feel Cuphead reaching for perfection without truly reaching it.

Cuphead might be hard but fair, and thankfully the musical soundtrack of the game is one way to ease your stress after numerous tries. A great homage to the same era’s big band and swing style music, it pairs perfectly with the artistic style of the game. Composed by Kris Maddington, the tracks are a beautiful blend of jazz influenced by the likes of Gene Krupa to Duke Ellington.

Cuphead does not just pay tribute to the cartoons of the 1930s and the run and gun missing, it takes the best of both worlds to offer a delightfully retro experience in every sense of the word. Monstrously demanding, the game voluntarily chosen to reveal itself only by force of courage and abnegation. Yes, Cuphead is segmenting, but players looking for a tough challenge where victory is a deserved rescue will definitely take a monumental foot. Varied in its gameplay and levels, beautiful as a god on cellulo and enjoying a duet, Cuphead is an experience that deserves, in every sense of the word.

Cuphead was reviewed using an Xbox One downloadable code of the game provided by Studio MDHR and Xbox Gulf. The game is exclusive to Xbox One and PC in digital releases. We don’t discuss review scores with publishers or developers prior to the review being published.

Cuphead is the most beautiful 2D arcade shooter released in the past decade, and one hell of an exclusive for the Xbox One console. Studio MDHR might have delayed it numerous times, but the end results is full of flavour, ideas, variety and one of the best jazz composition I've heard in a long time. 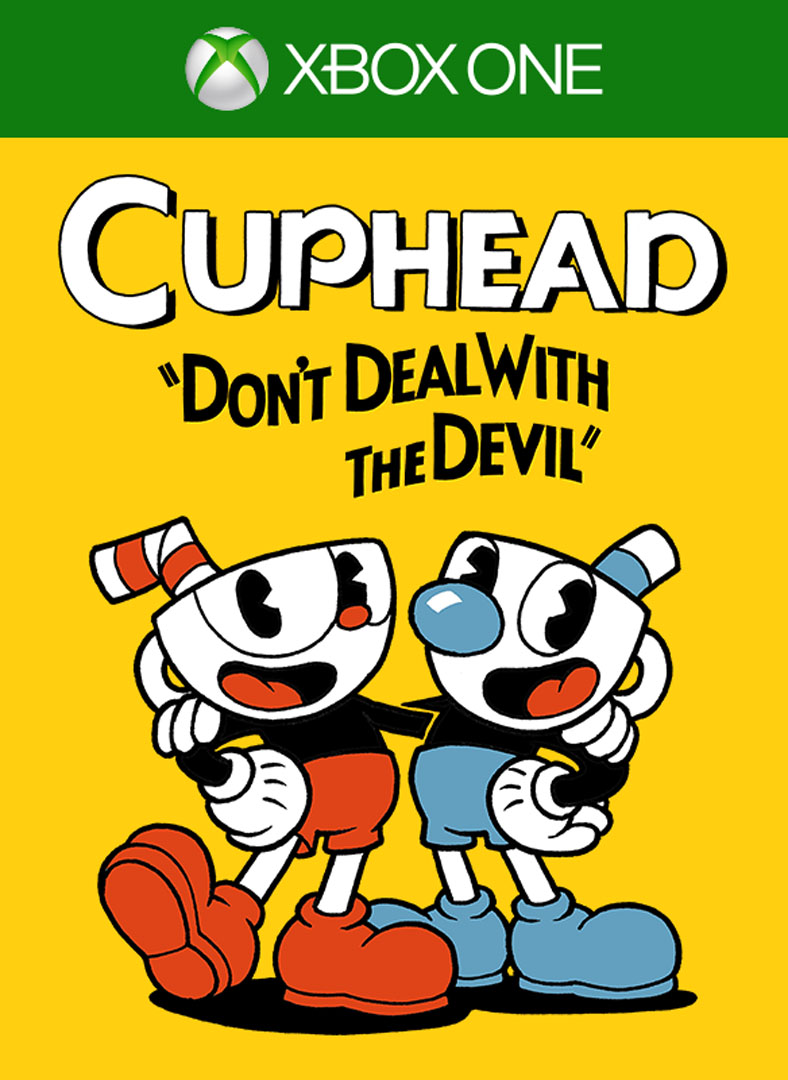