Remedy Entertainment is one of those studios that kind of found its comfort zone. Their games, while wildly varied in themes and aesthetic, do follow a pattern of sorts. They mainly do third-person shooters that are story-driven and character-focused. The main characters usually narrate in grim voice-overs, and they often have dark pasts and demons that they metaphorically (or literally) vanquish throughout the game. And usually, you have some kind of special powers that tie into the storyline. So Remedy games do *feel* familiar, but that’s kind of as far as it goes. So what did they do this time around with Control?

Control starts off briskly enough, with a girl named Jesse exploring an office building called the ‘Federal Bureau of Control’. Right off the bat, things feel pretty sketchy. The building appears abandoned, save for an eccentric janitor, and things look disheveled and appear to be in a state of disarray. You make your way to the office of the director, only to find that he’s emptied the contents of his skull into the floor, and the action kinda starts from there. You pick up his gun, which appears to have some sorta powers, and you get a message from a shadowy force known as ‘The Board’. The building has been taken over by a strange entity that Jesse nicknames ‘The Hiss’ (after the hissing sound it appears to make), and you need to restore Control (like the title!)

As far as games go, Control is often pretty weird. While you can kind of make sense of the plot by breaking it into structural elements, it’s still very outlandish as far as premises go. Basically, there’s another world (or dimension, or reality) that most of us can’t perceive, and the conflict is based on that world clashing with ours. The main antagonist, The Hiss, functions by possessing humans and turning them into strange, monstrous creatures. This time around, Remedy is definitely tapping into titles like Alan Wake, as there are major horror elements around. As for the demons I mentioned earlier, Jesse lost her brother in an incident involving this other world at a young age, and her main driving force throughout the story is finding out what happened. I’m not gonna spoil anything beyond those introductory plot details, but I will say that Control’s story pays off in a *big* way. There are tons of really intense moments, and ultimately the conspiracy that’s revealed is a jaw-drop moment. I will say that the story can do a lot better with more show and less tell. I get that they need

All of the game takes place in the offices of the Bureau, known simply as ‘The Old House’, but the setting is anything but restrictive. Thanks to the whole ‘other dimensions’ deal, the singular building shifts and contorts, and you end up realizing it’s a lot bigger than it seems (reality-bending is convenient like that). Every time you cleanse an area of Hiss, you unlock a control point, which is kind of like a checkpoint or one of those bonfires from Dark Souls. Moreover, you get to fast travel between them, so you. You also have unlockables and different outfits, but this feels a bit more like something that was shoehorned in to give the game a bit more content.

In terms of gameplay, Control is, for the most part, a third-person shooter. Throughout the game, you unlock various abilities like telekinesis and mind control, and you get a little tutorial bit for each one. For the most part, this isn’t too unique or different. I kind of found myself using the gun a lot more than the other abilities. Shooting is polished and fun, and Remedy definitely knows its stuff when it comes to gunplay. They’ve taken a bit of a risk by going old school with it; you don’t regenerate health, and you have to get health off of fallen enemies. I really liked some of the boss fights because of this choice, as you find yourself really trying to survive when things get wacky.

Control ramps the gameplay up in a pretty solid way, and before long you’re chaining together telekinetic throws to knock down weird floaty armored dudes. I’d say that’s when it comes into its own. Where it kind of lags is in the more mysterious and esoteric story bits. I think in terms of pacing, the game droops a bit in the third act. The biggest issue for me is the way the villains are portrayed, as well as several plot holes that pop up.

But by and large, Control is a pretty cool experience. The game ran like an absolute breeze on my PC, and it even has really solid Arabic language support if you wanna play in different languages. I will say that you’re probably better off sticking with a mouse and keyboard on this one, as I felt the precision aiming worked better on a mouse.

Control was reviewed using a PC digital version of the game provided by 505 Games. The game was tested on a machine running Windows 10, with an 8GB NVIDIA Geforce GTX 1070 fitted on a 4th Generation Intel i7 4790 3.6Ghz CPU and topped with 16GB of RAM. Control is also available on Xbox One and PlayStation 4 via digital and retail store releases. We don’t discuss review scores with publishers or developers prior to the review being published (click here for more information about our review policy).

• Abilities feel really familiar
• Some sections have way too much exposition

Control manages to mix Remedy’s classic third-person shooter action formula with trippy Inception-esque reality bending to craft a really intense game. The story might get a little *too* mind-bendy at some points, and the writing leans more towards heavy exposition, but it all comes together amazingly. 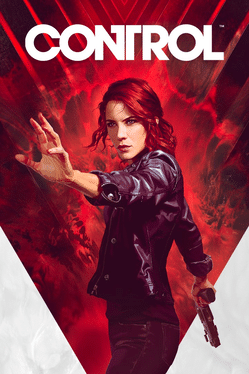