A little project from the Ubisoft Montreal team based on the same engine used for Rayman Origins, Child of Light is an adventure RPG game that was praised when it came out back in 2014 on most major consoles at the time. Now four years later, the team at Ubisoft thought it would be great for newcomers to discover – or rediscover – this game alongside Valiant Heart later on in November on the Nintendo Switch.

Following a tragedy recounted in a narrated intro, you discover our heroine, the young Princess Aurora, lost in the enchanted world of Lemuria. When Princess Aurora wakes up in the world of Lemuria, she does not suspect that a great adventure awaits her though even though it’s quite short in comparison to the rest of RPGs there is around here. In any case, this review is not a full one because you see the game is great (especially when you consider the average 85/100 score), but more about what the Ultimate Edition means for you. And so let’s start with being straight: Child of Light Ultimate Edition is not a simple port nor a remaster, but just a port that compiles all previously available downloadable content and those exclusive from the collector’s editions.

This directly translates into simple advantages, such as kicking off the adventure with resources, and Oculi which will boost stats of your weapons, but also small changes like the way normal and hard difficulty are called. The other bonuses in this Ultimate Edition include two additional looks for Aurora, some new healing skill in the skill tree, as well as an additional side-mission, which has you look for four parts of a dismembered Golem so you can have him fight by your side. If these bonuses are pretty decent, I don’t believe they are enough for players who previously completed Child of Light in the past to get back to it, but on the other hand, newcomers are getting everything for just $20.

Powered by UbiArt Framework, Child of Light Ultimate Edition runs really well on the Nintendo console (although that’s no surprise as it’s the same engine that powers Rayman Origins). But what makes it great, is the fact that with its simple gameplay and a rather short adventure, playing it on the go makes so much sense. While you could’ve had that experience before with the PS Vita, the Nintendo Switch bigger handheld screen makes the experience better especially when it comes to the visuals, dialogue and the different interface elements. In addition, the mini coop feature of the game where another player can control Igniculus with just one Joy-Con or even the touchscreen, which obviously finds its natural place on the Nintendo Switch console.

In the end, on the Nintendo Switch as other platforms, Child of Light is simply a beautiful adventure. If you’ve never walked in the shoes of Aurora, it’s not too late to enjoy this dark yet poetic story, paired with a great soundtrack and easy RPG adventure gameplay. This is a very good way to wait for the teasest sequel: Child of Light II.

Child of Light Ultimate Edition was reviewed using a Nintendo Switch digital download code of the game provided by Ubisoft. The game was previously made available on PC, PlayStation Vita, PlayStation 3, PlayStation 4, Xbox One, Xbox 360 and Nintendo Wii U via digital store releases. We don’t discuss review scores with publishers or developers prior to the review being published (click here for more information about our review policy).

• Not worth it for those that played it before

Child of Light Ultimate Edition is an ideal game for the Nintendo Switch, especially if you never played the game previously. On the other hand, there's no much novelty for those that did finish this title back in 2014. 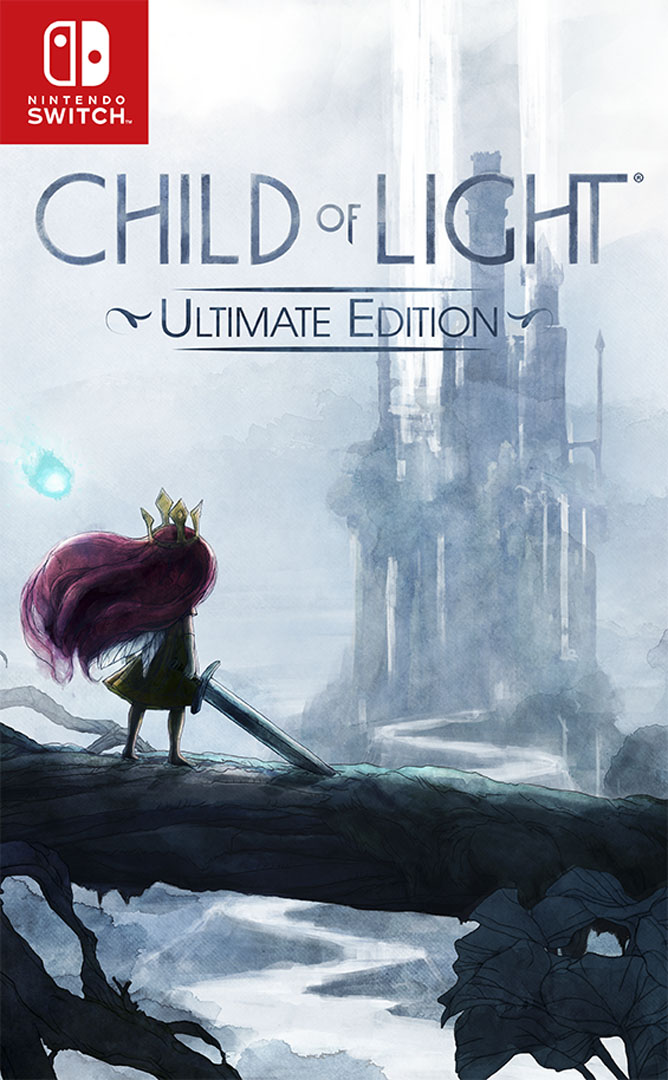