As you will soon realize throughout this review, it is almost impossible to talk about Brawlout without talking about Super Smash Bros. Both visually and gameplay mechanics similar, Angry Mob Game’s title is almost identical to the Nintendo franchise – but with a few nice personal ideas, and a lot of grinding to enjoy it to the full.

Let’s start at the core of the title: Brawlout is a fighting game in which you can fight with up to four characters at once in a 2.5D arena. Those arenas can consist of different platforms, interactive elements, but mostly two gigantic gaps of void to the right and left of each stage. The goal is simple: you must expulse each opponent players from the arena which can be done in numerous ways. Each character has a damage percentage that increases as he takes hits, and the higher the number, the further he gets tossed away in the air by attacks.

And so, any person would therefore call Brawlout a party game instead of a competitive fighting game, but I would not. The simple attack set of each character may offer less variation, but the emphasis is much more on your own reflexes and quick thinking during fights. You do not count frames in Brawlout, but use your character as an extension of your own instinct. If you take on someone of your level, then fights are both intense and hilarious, which is a combination I was lucky to encounter in a handful of multiplayer games.

The Brawlout fighting system may be at the level of recent Super Smash Bros. games. On the other hand, the charm of Nintendo’s own series is clearly lacking in this game on that front. Virtually all the characters in the game were created by the developer, except for two guest characters from Guacamelee and Hyper Light Drifter. Sadly, my first reproach is that other than these two characters, the rest of Brawlout’s roster is pretty much lacking the personality of what you would get with Nintendo’s brawler. Perhaps it is unfair to compare the design of Nintendo characters with those of a small studio, but the identical game systems make it impossible not to continuously align them while you play. And sadly, Brawlout characters are very much like copycats of known ones, like the electric werewolf called Volt that looks and plays like Blanka from Street Fighter, or they are just lacking the supporting backstory and legacy behind them, that a Smash Bros. has with all their fighters.

In addition, you will not find the randomness of a Nintendo game here. There are no random objects, buffs and weapons that fall from the sky, and levels barelly change while you’re fighting in comparison to Super Smash. That’s great, because for someone that wants to properly play with the competitive rules of Smash Bros, the lack of this roll of dice helps, but for those that are more on the casual side might get bored.

But if there’s one thing I’m going to be focusing on when it comes to negativity of the game, then that would be the endless grind in the game. You see, when you start Brawlout for the first time, you have access to only 8 characters and three levels out of the respective 18 fighters and 11 stages. If you want more, you will have to save two different kind of currencies to buy 3 kinds of piñata (loot boxes), in which a random character, skins or other cosmetic upgrade can be found. Thankfully, Brawlout is not trying to use this trick to push any sort of microtransactions, but you will have to grind really hard to unlock your wanted characters and levels. Thankfully, every day you get a number of missions with which you earn a little bit more of the required currency, just like in a free-to-play game, but it’s rather a painful process, considering that objectives give you around 5-10 gems, and you’ll need 40 of these to buy a piñata to unlock a new fighter (which is pretty much a skinned version of the 6 Brawlout original characters).

In any case, everything mentioned above will not annoy the veteran Melee player. There’s a large community of Smash Bros. fans who have been playing the GameCube version at a high level for years and are competing until this day, and Brawlout is clearly meant for them. The grind for a new character is painful when you occasionally play a game, but is hardly an objection for someone who wants to master his or her character. The same applies to the characters which lacks originality or depth, which are not really an issue for someone who just want to compete.

But unless you can manage to play locally which the game offers as mode for up to 4 players, I’m worried about those that want to compete online. At the time I’m writing this review, the online net code is a bit buggy with constant disconnection, but my issue was the lack of proper 4-man multiplayer. Don’t get me, wrong the mode is there, but you will need to create a lobby and invite players to join (something the Nintendo machine cannot do natively so far), but don’t expect any sort of quick play 4-man matchmaking, as the latter only works for 1v1. What’s even more scary for a game that aims at competitive players is the lack of actual servers, but relying peer-to-peer technology to support its online multiplayer experience, which sadly can ruin the fun for both players if one is not on par with proper decent internet connection.

Graphically speaking, Brawlout is one colorful and smooth title. On the front of artistic direction, the roster of characters are rather interesting, diverse and a little wacky, reminding me of other cell-shaded games like Jet Set Radio or even Battleborn. The stages or arenas, even if they are low in terms of interactivity when compared to Smash Bros., are rather well done and fit to the theme. However, Brawlout has some rather annoying flaws on the front of loading screens, which are both too many and too long for this type of game that will ask you to replay matches numerous times. The other issue is the rare, yet very noticeable big framerate drops, which is unacceptable in fighting games. Nevertheless, the title is locked at 60FPS – a must for fight games as well – and will play at 720p in handheld mode, and 1080p docked.

Brawlout was reviewed using a Nintendo Switch downloadable code provided by Angry Mob Games. The game was released on PC earlier this year, and will be coming soon on PlayStation 4 and Xbox One in digital releases. We don’t discuss review scores with publishers or developers prior to the review being published.

At first sight, it is easy to call the new Brawlout a Super Smash Bros. clone, but it's more than that. When you first start the game, the core of it is very reminiscent of Nintendo's fighting game series, but where Smash Bros is a party game, Brawlout feels much closer to a competitive title, which veteran of the Gamecube brawler might be tempted to try out. 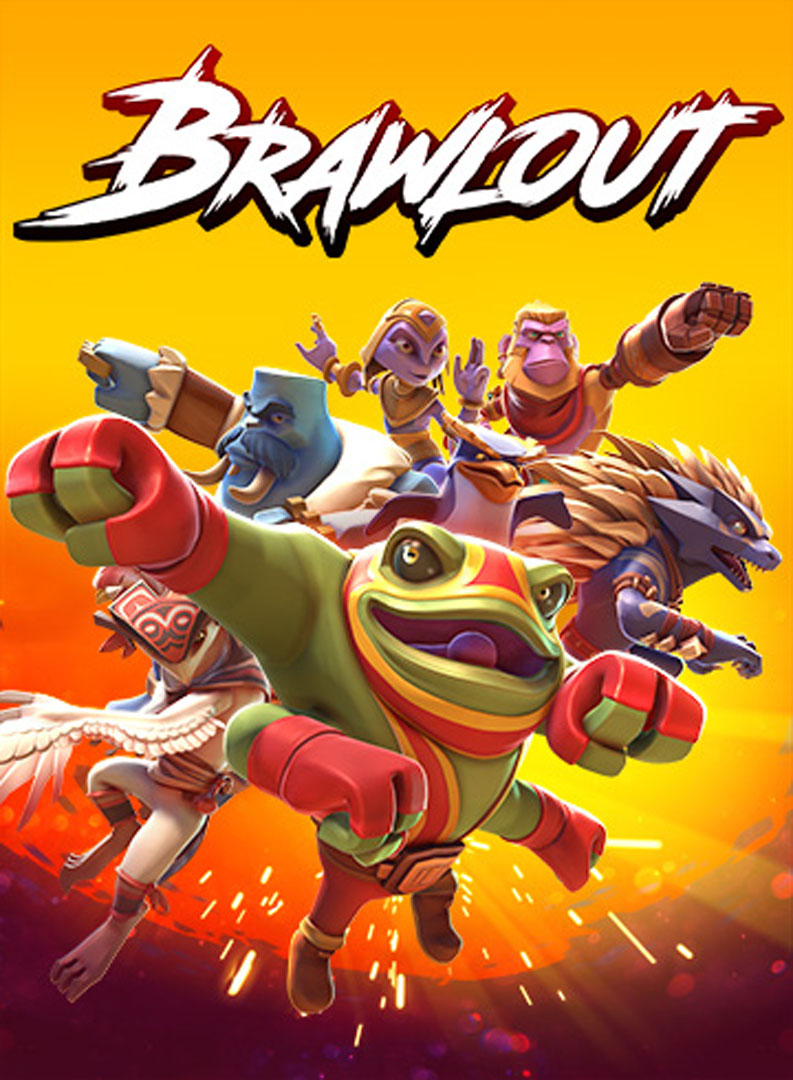