Bomberman has always been a fairly unique game because it doesn’t neatly fit into any one genre. It’s not hack and slash, it’s not shooting, it’s not turn-based, it’s…bombing. The game is dynamic but also requires a touch of focus and foresight, and so it’s always been popular as an arcade title and as a competitive game. Now if we consider that imitation is flattery, it would seem that nobody has given Bombslinger that much flattery, and it’s still pretty much the only title (to my knowledge) that features grid-based bombing. Bombslinger has decided to step up and fill that niche, and it’s a bold move considering there’s already a Bomberman installment on Switch (albeit one with a tepid reception). So let’s see how Bombslinger fares.

Bombslinger takes the colorful and cartoony aesthetic of Bomberman and swaps it out for a pixelated Wild West aesthetic. It’s very nicely illustrated and animated, and the devs clearly have a good grasp of pixel art. It’s also rather intense from the get go. While starting up the arcade mode, I noticed that I could take power-up items in with me, and all the items seemed to be mementos of my dead wife. Indeed, the first level you start in features a smoldering house, and you’re basically out to get revenge on the people that killed your wife. Of course, the people who killed your wife are beyond a series of constantly morphing levels, because this title is a roguelite.

Indie devs love to make their games roguelites and to be honest, I don’t blame them, as it’s an elegant way to produce a good deal of content. Levels are randomly generated, and you take on various baddies while also gaining XP and powerups. The first area in which the game shines is probably its enemy design. Your standard baddies are shirtless men with pitchforks, but later on you take on gunslingers, Gatling gunners, dogs, and even angry billygoats (they’re the worst). Each enemy has its own moveset and abilities, so you need to learn their tells and get around them.

Powerups aren’t particularly groundbreaking; increase bomb damage, bomb range, etc. but they do keep things relatively simple. Your power-ups are fueled by the ‘spirit’ meter. You can refill it and increase it by default, but honestly, I didn’t use it too much. The thing with the bomberman model is that the bombs themselves are already plenty useful. Main go-to options for me are usually ones that help increase the number of bombs you can drop and those that allow you to make the bombs time-activated.

The game features a pretty standard roguelite dungeon-crawling structure on the whole. You enter an area, the doors lock (technically the hay or grass grows to fill up the path you took, and a fence is added) and you’re locked in until you kill off all the baddies. This is one regard in which the Bomberman setup perhaps isn’t suited for the roguelite formula; it can be a little time-consuming to have to take out all th enemies. However, the levels are all fairly short, so it doesn’t feel like it drags on too long. I’d say the real selling point here is the boss fights. When I recall Bomberman on N64, the part that stands out for me the most is the boss fights. I’d go as far as saying Bombslinger does an even better job with its boss fights, as encounters feel intense and challenging.

The game is fairly difficult overall, but like most roguelike titles you really just need to manage your resources because the game can be very unforgiving if you’re careless and the permadeath means you jump right back to the start.

Now, the roguelite mode is the adventure mode, but I’d argue that much like traditional Bomberman, the main feature of a lot of gamers is multiplayer. The multiplayer is really fun and dynamic, and the power-up system means you can always try and get an edge over other players. I’ve constantly made comparisons to Bomberman in this review but I really do feel Bombslinger stands on its own enough to be considered unique and not just a clone of the classic. And given the fact that it costs a fraction of what Bomberman R does, it’s not a bad idea.

Bombslinger was reviewed using a Nintendo Switch downloadable code of the full game provided by Mode4 Games. The game is also available on PC and Xbox One via digital store releases. We don’t discuss review scores with publishers or developers prior to the review being published (click here for more information about our review policy).

Bombslinger offers a fun, engaging take on the Bomberman formula that turns it into a challenging dungeon crawler. It feels a bit familiar at times, but on the whole, it manages to stand up and do its own thing. A great addition to any Switch library 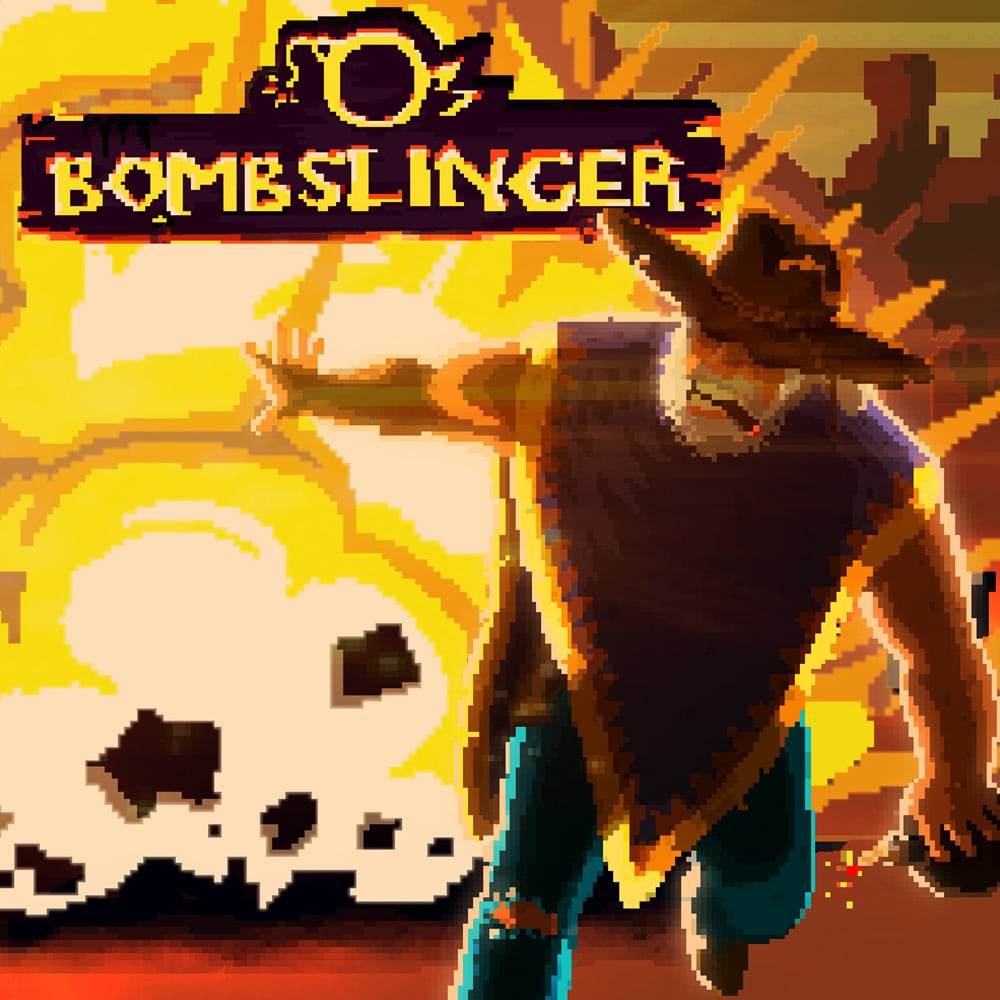