We’re in an era where there’s big business in nostalgia, and as we pointed out with our earlier review of Outcast, that nostalgia isn’t limited to games that everyone remembers playing. Even less notable titles with a smaller following are getting marketed in newer trappings, and thus we have a reboot of Black Mirror a fairly dark narrative-driven point’n’click series from the early 2000’s. The game was great because it had a grim tone but it was never overly dramatic.

Fast forward to 2017 and there’s another Black Mirror title out, and it seems to have the right idea. The game has definitely made a push to preserve the general atmosphere of the first games as well as the mysteries you will encounter have been preserved. The story takes you straight into a castle in Scotland, in the shoes of David Gordon, who has come to settle estate papers, his father having recently died under brutal conditions. As events unfold, you get a chance to explore the family home that you have never known, but also to meet the few occupants, who – you guessed it – are pretty mean characters. One of the things I love about Black Mirror is that it’s a story of the unpleasant things that are in our past that we don’t talk about. Lots of games have used this theme in the past, but in Black Mirror you really roll up your sleeves and get into the mud.

The game doesn’t really waste any time tossing you into the fray, as the business with the paperwork is pretty quickly pushed aside, and the game becomes about learning the circumstances and reasons for the death of his father in the silence of the occupants of the castle, gradually lifting the veil on a curse that would weigh for centuries on the Gordon family.

The atmosphere is really the highlight of the game. Throughout the main events, you really get a sense that you’re in a dismal place surrounded by darkness. The set pieces are well crafted, and many of the level layouts are rather inspired and served by beautiful effects of light. History, on the other hand, sometimes shows inconsistencies and undergoes a somewhat abrupt acceleration in its development during the last third of the adventure, but overall we manage to penetrate the mystery that surrounds the rugged Scottish lands, and the experience often feels meaningful.

As for the rest of the package, unfortunately, Black Mirror doesn’t really manage to deliver solid gameplay, ranging from so-so to just flat-out bad. On a purely technical level, there are tons of silly issues that really weigh down the experience. The movements are very rigid and robotic, while the facial animations of the characters are devoid of emotions, making you laugh rather than gasp at times, and the inexpressive protagonists do not even take the trouble to look directly at each other when they are arguing.

It’s worth noting that when you’re passing from one room of the mansion to another, you’ll often face an unjustified loading time, which is sometimes quite long, sometimes less, but when it comes to the many required round trips to progress, the wait between each transition becomes easily annoying. Finally, the fluidity side, Black Mirror does not manage to do the minimum and if the framerate is stable when visiting the interiors, the passages outdoors, they suffer the machines. Add to that the vagueness of the movements of the characters or the excessive darkness of the rooms to cross, rarely illuminated by a supposed to hold a candle for you and you will understand that the navigation in Black Mirror is quite unpleasant, for all the more reason that camera angles are sometimes very poorly chosen.

If the concerns were technical, Black Mirror would not frankly an average game, but the puzzles, which are what fans looked forward to when it is an adventure game, feel like they’re doing the bare minimum. Indeed, throughout the adventure, puzzles worthy of the classic 2003 adventure can be counted on one hand, some of them repeating too (manipulate the elements of a key for him to marry the shape of different locks for example). The rest oscillates between very great classicism and too much ease, and the most powerful puzzle actually pops up at the very beginning of the game. We would have liked to dig a little deeper, but no, Black Mirror guides you through the adventure. By the way, do not think about combining the elements of your inventory to solve puzzles: the game does the work for you.

Also, while trying to dust off the mechanics of the original trilogy, Black Mirror integrated QTE everywhere in its gameplay: click quickly on the mouse to clear a passage, trying to keep the cursor in a circle to pass migraines, etc. And really, it’s hard to understand why.

Black Mirror falls under the ‘missing what made the originals great’ category of reboots and remasters. It’s closer to Thief than Doom, in that it tries to make the gameplay easier and more streamlined, and in doing so creates a less entertaining title. Having said that, it’s snazzier visuals and audio direction manage to give the adventure a fresh coat of paint that makes the story really pop, but the game doesn’t really manage to be memorable

Black Mirror was reviewed using a PC downloadable code of the game provided by THQ Nordic. The review was tested on a PC running Windows 10, with an 8GB NVIDIA Geforce GTX 1070 fitted on a 4th Generation Intel i7 4790 3.6Ghz CPU and topped with 16GB of RAM. The game is also available on PlayStation 4 and Xbox One in digital and retail stores. We don’t discuss review scores with publishers or developers prior to the review being published.

Black Mirror does a great job setting up an unsettling atmosphere and telling a story filled with mystery and intrigue, but it falls short in creating challenging puzzles and memorable gameplay moments. It’s a case of good storytelling bogged down by uninspired gameplay. However, if you like macabre tales and ugly family secrets being dragged out, it’s got a great story to tell. 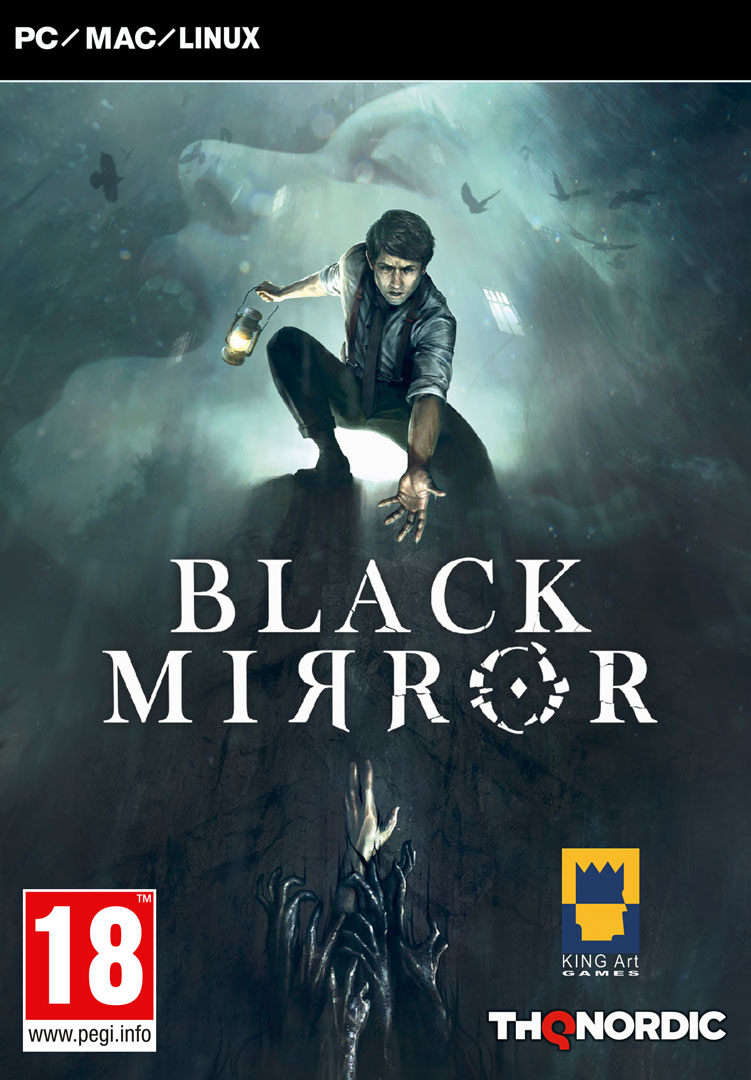