Artistic titles are always a tough sell for me. On the one hand, I applaud the effort to take the medium of gaming into the realm of art and culture. On the other hand, these games often fall short in terms of game mechanics, becoming little more than interactive tools. So Beat The Game has its work cut out for it. In terms of being artistic, the game is already off to a good start. It features some remarkable artwork by a talented Turkish artist named Cemre Özkurt, and the visuals are rich and expressive.

The game pays homage to greats like Dali and Matisse, but it never feels derivative. In terms of gameplay, Beat the Game is essentially an adventure title. The core mechanics are pretty straightforward. For the most part, the title wants you to find your way around the surreal world and collect sounds. You see, you play a protagonist who’s lost in a strange world, but who also happens to be a music producer. So this fellow needs to get around and grab every element of music to create the perfect track. The game pretty much tosses you into the thick of it after a motorcycle crash, so you need to be quick on your feet and start tossing your tunes together.

I liked the fact that collecting the music is a somewhat abstract and absurd experience at times. After all ‘music’ refers to the sounds and melodies created by instruments, so it’s not exactly easy to collect it. But in the game, bits of music are floating around all over the place. Drum beats, smooth melodies, and bits of percussion float around quite literally. The thing is, however, the game doesn’t really make that much of a challenge out of collecting these musical elements. They’re kind of obvious when you see them, and there’s not too much legwork involved in collecting them. The map of the game is not very big, but the artistic drawings and models definitely give it a sense of scale.

And really, that’s the main draw here. The way the game presents its characters, including the main character, has a ton of polish, and it feels like it’s straight out of a major release. But the game’s visuals are constantly held back by its game mechanics. Every time you want to collect an element, you have to walk to it, and there’s not really a shortcut or fast travel option here. Additionally, you have a day/night cycle, so you can only get some rhythms during the day or night.

But of course, here comes another saving grace of the game: listening to the music in the play. You can make your own music thanks to the rhythms you have captured. With the right combinations, you can make sure that creatures on the map love you. There are 24 rhythms in the vote waiting to be collected.

Now, the game’s creators have a preference for house and electro, but the music you make with these rhythms is not too bad even if you don’t like the genre. When you put together 24 music rhythms, you have the right to give concerts. If you already give a concert in the game, you are at the end of the game.

Beat the Game was reviewed using a PC downloadable code of the game provided by Worm Animation. The review was tested on a PC running Windows 10, with an 8GB NVIDIA Geforce GTX 1070 fitted on a 4th Generation Intel i7 4790 3.6Ghz CPU and topped with 16GB of RAM. We don’t discuss review scores with publishers or developers prior to the review being published.

Beat the Game manages to wow with its visuals and sound design, but it falls into the same trap that artistic games often fall into by not doing enough to create a robust game experience. Having said that, it creates a weird and wonderful world, and it’s definitely one of the more memorable artistic titles you can check out. 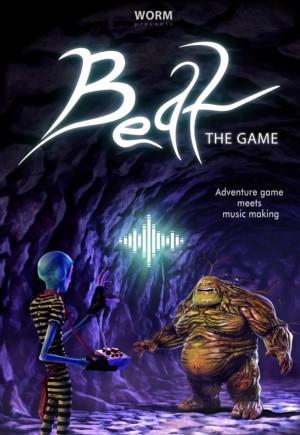