The Battlefield series is by far one my favourite game series ever. That’s because it manages to really deliver on its name. The game tosses you into probably the closest you’ll ever get to an actual battlefield without enlisting. Its massive 64-player skirmishes are chaotic and messy, and its class system allows you to contribute a variety of skills to the fight. Tank harassing the infantry? Go as an engineer and blow it to bits. Bunch of brave young recruits badly injured and taking cover in the remains of an old church? Go as a medic and toss them medkits to bring them back to fighting shape. Or better yet, raise them from the dead with a simple animation (okay, maybe it’s not that realistic).

Now last year Battlefield One managed to elevate the series to a whole new audience. Its slick, intense trailer showed a hardcore side to what was previously seen as the driest historical conflict in your 20th-century world history conflict. And when the game dropped, it showed that it had adopted a whole new design philosophy. The new UI was smooth and crisp, and virtually all the visual elements were overhauled. Gunplay was tweaked to make it more arcadey, the grind was adjusted, and generally, it got a big ol’ makeover. Now DICE wants to make their sequel to a World War One game: a game about the sequel to World War Two!

Battlefield One’s bombastic opus was one of those rare moments of internet virality (helped along by Call of Duty’s underwhelming reveal trailer and unpopular space theme), so Battlefield V didn’t have that big push of marketing to help it along. The one trailer that was revealed got some flak for some anachronistic elements (what was the deal with the robot hand?) and of course, the internet decided to get up in arms about the decision to include female soldiers (because it’s the internet).

But the fact is, Battlefield’s recent titles have absolutely benefited from their desire to do things differently. This becomes very apparent when you fire up Battlefield’s War Stories mode, which is essentially this game’s single-player campaign. Taking cues from Battlefield One, Battlefield V doesn’t have a single-player campaign. Instead, there are little episodes that you can play. The beauty of this is that it allows the game to depict tons of different World War Two settings. Even with the plethora of WW2 games, books, comics, films, and bathroom stall illustrations, we still have a surprisingly narrow mental image of the conflict. Battlefield V’s War Stories take you to every corner of the massive conflict and put you in the shoes of all sorts of different soldiers. It’s a great compromise honestly, as it offers a nice little single-player mode but it makes it light and filled with variety.

Of course, the real meat of the game is still its epic multiplayer modes, and I can say I’m definitely a fan. Battlefield One suffered a little bit because World War One itself was still a pretty traditional conflict in that most of the fighting took place on actual battlefields. I mean there were some houses or buildings here and there if they fought in or near a village, but for the most part you were fighting in a large space that pretty much just had soldiers. World War Two, on the other hand, was the world’s first foray into modern warfare; the fighting was often in city streets and in the ruins of Europe’s great cities. The urban maps make the fighting feel more tactical again, and you’re not as likely to get sniped while crossing through a mass of sand.

Having said that, there are more open-ended maps that have nice long corridors for sniping, although it’s important to note that as any good shooter Battlefield offers you lanes that allow you to flank the snipers and try and get closer to them.

And of course, WW2 has been used a ton in games because the weapons feel similar to the weapons that exist in modern warfare games. Battlefield 1 had to bend the rules (or outright cheat) by including ‘experimental’ weapons that were used a bit towards the end of the war if at all so that everyone in Verdun had SMG’s, but in Battlefield V there are tons of much more modern weapons and vehicles available.

And of course, those weapons and vehicles will pummel you within an inch of your life. The game definitely still has that DICE progression issue where the noobs show up with the starting gear and have a disadvantage against their higher level brothers. However, this time around I’d say it’s a lot more balanced. I will say the weapons and class upgrade system just feels more complicated than it needs to be. Honestly, I’d be totally okay with Battlefield just ripping off Call of Duty on this one, because it feels like the class setup is just that much more problematic than it needs to be.

Speaking of problematic, another very unfortunate habit DICE can’t seem to shake is launching a game with its share of bugs. However, I’m happy to report that it’s nothing too drastic. Between matches, I’d get freezes and the game would stop responding, and there’d be glitches in-game while trying to revive fallen teammates, but I’d say for the most part it runs okay. Fallout 76 this is not.

Battlefield as a series has managed to attract a larger fan base, and I think it means it’s definitely going to be sticking with the more arcade-oriented feel. And I can honestly say it works really well. The Battlefield experience has really been condensed into something that’s big and intense but still approachable.

Battlefield V was reviewed using a PC downloadable code of the game provided by EA Games. The game was tested on a machine running Windows 10, with an 8GB NVIDIA Geforce GTX 1070 fitted on a 4th Generation Intel i7 4790 3.6Ghz CPU and topped with 16GB of RAM. Battlefield V is also available on Xbox One and PlayStation 4 via digital and retail store releases. We don’t discuss review scores with publishers or developers prior to the review being published (click here for more information about our review policy).

Battlefield V delivers yet another epic, chaotic warfare experience while managing to bring the theatres of the Second World War to life. Its intense firefights and pitched battles will result in many a hurrah, but you’ll also have to brave some balance issues and a couple of bugs that haven’t been ironed out. At the end of the day though, there’s no better way to experience all-out war.

Mazen enjoys anything with over-the-top violence, dark humor and a real challenge. He's still pretty big on single-player games and he's always looking for new titles he might've missed out on, so if you know about a crazy new title that's flying under the radar, look him up!
More Goodness
diceea gameselectronic artsFeatured

Review: Star Wars Battlefront
Be the first to comment!
Leave a reply » 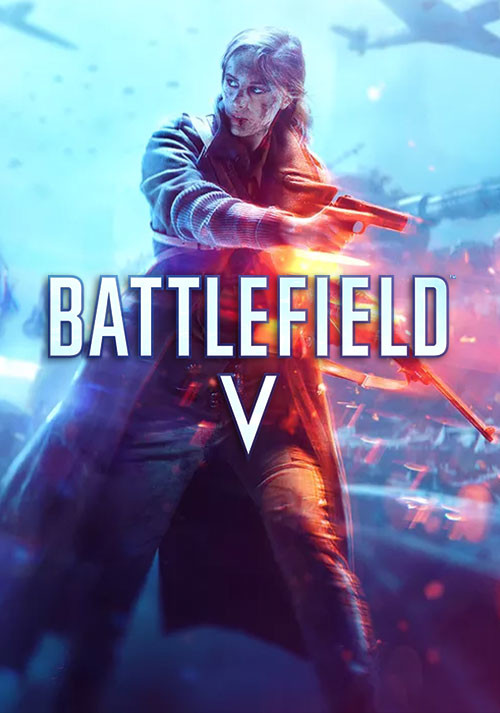