Review: Atelier Lydie & Suelle: The Alchemists and the Mysterious Paintings

Well known and loved in Japan, the Atelier series has always been a niche franchise, and returns here for a new adventure, with Atelier Lydie & Suelle: The Alchemists and the Mysterious Paintings. Available since last year in Japan only, the game is finally available in the West as of March 30th to conclude the trilogy known as the “Mysterious”: ending the storyline set by Atelier Sophie: The Alchemist of the Mysterious Book and Atelier Firis: The Alchemist and the Mysterious Journey. So let’s see what it’s really worth, shall we?

As is usually the case in an opus of the Atelier series, most of Atelier Lydie & Suelle’s plot and sides will focus on the ancestral art of alchemy. The two twins will improve continuously in this discipline, while their powerful allies take care of defeating the hordes of monsters and other antagonists that will attack your gang. In this way, the duo of sisters will manage to make a lot of overpowering objects that can drastically change the outcome of a fight. For example, you can make several types of bombs, which you can toss at your opponents to literally explode, but contrary to what we are used to in JRPGs, all main characters don’t have all the resources needed to save the world, and that’s where the charm lies for Atelier Lydie & Suelle.

In addition to offering a certain originality in the heart of a story, and putting alchemy at the center of everything, the team at Gust offers something complete and deep in terms of gameplay. Indeed, each recipe requires ingredients, which will require you to go to the four corners of the map to collect and find yourself confronting a plethora of enemies to make your little creations. These mechanics of the game can be somewhat addictive, as you will want to discover each object and learn how to use it as ingredients, even if sometimes, the result will be a bit disappointing. Another interesting point is that when you seek to get better creations than those you already did, you will have to go through a little minigame, which will ask you to scratch your head and count on your reflexes. At first glance, this little feature is a fun additional feature, but too bad that it’s not as original as we’d expect, mainly a simplistic version of Tetris.

The strength in Atelier Lydie & Suelle is the way the missions are arranged, with a script and characters that are cringy at first, but entertaining as you get deeper into the game. This colorful world and the warm mood of the game will not fail to make you want to come back and play. The game also draws its strength in the construction of its world and universe, giving a true personality to all the elements, even if cities feel a bit dead in comparison to what you would expect from a JRPG.

So how is really different from the previous entries in the Mysterious trilogy? Well, containing in its name “Mysterious Paintings”, the whole pitch of the game is that the twins get sucked into – you guessed it – paintings, leading them into magical worlds. And that’s about it, more or less, as our twin alchemists will soon discover that some of those paintings were created by other alchemists, and are a source of rare material for your work. Nevertheless, other interesting mechanics are added to the game, like the time system, which offers you to play at different period of the day, and variable weather, which can be sunny, rainy, and others. These elements will impact your progress in harvesting ingredients, as some are only available during some time period or conditions. This makes the ingredient harvest a bit more difficult, instead of being just a grind.

However, despite an enchanting soundtrack, this game – like most Atelier franchise titles – does not shine by its technical prowess, displaying outdated renderings and various technical concerns. It’s a shame though, because the considering that the previous Atelier Firis raised the bar in that part, Atelier Lydie & Suelle seems to have made a leap backward.

So many issues, ranging from an intense screen clipping, and while the settings are very detailed, there are jerks in our movements at times, collision bugs, and a lot of aliasing, especially noticeable on the Nintendo Switch dock mode. And even looking at what is done on the side of the more powerful consoles as per feedback from my colleagues, although the lighting engine is running, aliasing is still very present and almost doesn’t feel like a game for the machine. A shame, but it’s understandable as the game is meant to run on both new tech like the PlayStation 4 Pro and old generation handheld like the PlayStation Vita, without forgetting the Nintendo Switch in between.

Atelier Lydie & Suelle: The Alchemists and the Mysterious Paintings was reviewed using a Nintendo Switch digital download code of the game provided by Koei Tecmo. The game is also available on PlayStation 4, PlayStation Vita and PC via digital release stores. We don’t discuss review scores with publishers or developers prior to the review being published (click here for more information about our review policy).

Atelier Lydie & Suelle switch to a twin heroine concept is both funny and entertaining, but the game overall is technically outdated and doesn't add much in terms of gameplay from its predecessors 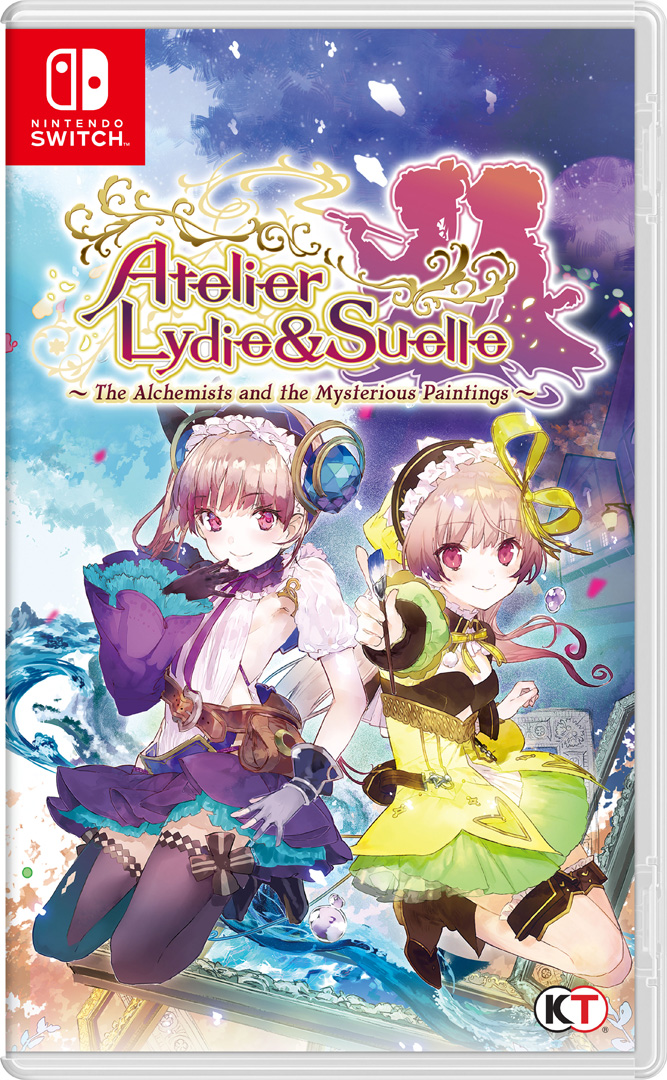