Lately, it feels like I’ve been playing a lot of online multiplayer, so when I saw ‘At Sundown’ I got pretty excited. I’ve got a soft spot for local multiplayer games because I believe there really is a different energy to them that brings out everyone’s most competitive side. Local multiplayer games are also expected to be more accessible, as they will no doubt cater to at least one person who isn’t super into playing videogames. So that’s how I decided I was gonna evaluate At Sundown; by bringing together two friends (couldn’t get a third on short notice) and seeing how it played.

Right off the bat, I’d like to point out that At Sundown is on Discord. I don’t mean ‘Discord can be used to communicate while playing the game’ I mean the game is sold through Discord, which apparently also functions as a game client anymore. After launching Discord for the first time in Christ knows how long and fighting with its remarkably slow and annoying Captcha system, I was able to check out ‘At Sundown’.

Now ‘At Sundown’ gets its name from the game’s central mechanic: if you’re not in the light, you’re not visible. Each map is a top-down space in a different environment (an office, a garden, an apartment, etc) with several big, bright lights. Each light creates a nice, round circle of light, and if you’re in that light you’re visible. Otherwise, you’re invisible to everyone, including yourself.

This can cause quite a bit of confusion, and the first moments of At Sundown are reminiscent of ‘Hidden in Plain Sight’. You need to work out where your character is. This also creates the game’s central challenge: in order to work out where you are, you have to get into the light, and once you get into the light you’re visible to everyone else. The game is a pretty straightforward deathmatch affair. You choose a character and a weapon. All of the characters have different colours and are named for a particular type of day, e.g. dusk, midnight, etc. Weapons are typical shooter fare, but I actually really liked how well-thought-out the weapons are in the game. Shotguns and revolvers behave very differently, and they end up lending themselves to different playstyles. On the whole, I liked the sword most (which I unlocked after a few levels) as it gave me a measure of stealth.

As with most local multiplayer games, there’s not a whole lot of complexity at play here. There are powerups every now and then that throw a monkey wrench in the gears, but other than that it’s pretty standard ‘shoot them before they shoot you’. Now the devs of At Sundown rightly anticipated that gamers wouldn’t always have a few friends on hand, and so they included a local multi-mode that’s very streamlined. I was actually able to find two games (it’s mainly other reviewers playing thus far) and it ran pretty smoothly. The fact that shooters rely on netcode that can afford to be a little less precise definitely helped, but the devs get credit for getting it right.

On the whole, I’d say that At Sundown does tend to lose some points because it’s a local multi experience that hinges on its central mechanic and doesn’t really have many places to go afterwards. It does change things up every now and then, but I wonder if it does enough to stand out. Still, it’s a solid example of a good top-down versus shooter, and I can recommend it to anyone wanting to round out their local multi-library, provided they’re looking for something light.

At Sundown was reviewed using a PC downloadable code of the game provided by Versus Evil. The game was tested on a machine running Windows 10, with an 8GB NVIDIA Geforce GTX 1070 fitted on a 4th Generation Intel i7 4790 3.6Ghz CPU and topped with 16GB of RAM. The game is available first on the Discord store. We don’t discuss review scores with publishers or developers prior to the review being published (click here for more information about our review policy).

• Some weapons are overpowered
• Not enough powerups

At Sundown is a polished local multiplayer shooter with a clever premise, but it doesn’t do enough to stand out. However, it gets points for fine-tuning its gameplay and including a very well-implemented online mode.

Mazen enjoys anything with over-the-top violence, dark humor and a real challenge. He's still pretty big on single-player games and he's always looking for new titles he might've missed out on, so if you know about a crazy new title that's flying under the radar, look him up!
More Goodness
brawlerFeaturedLocal and Online MultiplayerMultiplatform

Review: Absolver
Be the first to comment!
Leave a reply » 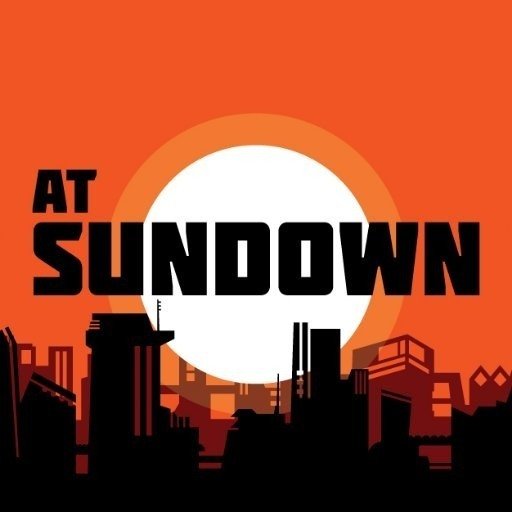