Ever since the dawn of the new generation consoles, a nostalgic wave of remastered has been flooding the market, with most publishers trying to cash in on a quick buck. While some are famously known for this like Square Enix or Capcom with their endless ports of Final Fantasy and Resident Evil games to name a few, it’s now time for Ubisoft to do the same with a title that is rather obscure in the Assassin’s Creed franchise. Originally released in 2014, Assassin’s Creed Rogue was in a way a sequel to one of my favourite Assassin’s Creed games – Black Flag – telling the story of an Assassin turned Templar, thus the “Rogue” part in the title.

The game is a continuation of Assassin’s Creed IV: Black Flag gameplay mechanics, with naval battles, obviously assassinations and an exploration of the Northern part of the Atlantic. While I never played the original, being the only title in the franchise I missed, I’m both happy to play this for the first time, but it also feels weird at the same time. The reason is simple: Assassin’s Creed Origins. The latter being the last one I played and reviewed a couple of months ago, it almost feels outdated to go back to the old gameplay mechanics of the Assassin’s Creed franchise. Nevertheless, Ubisoft has not changed the root of Assassin’s Creed Rogue, purely keeping to the same gameplay, which at that time was already quite rich after the groundbreaking 3rd and of course 4th episode. And so, this remaster does not alter the original experience, rather focuses on enhancing the experience for the current generation. In any case, for someone that only played Assassin’s Creed IV: Black Flag, I really enjoyed the actual updated gameplay mechanics in terms of naval battles, as well as new tools, accessories, and bloody fighting against actual assassins which is a whole different experience and first-timer in the series.

Since the game was originally developed for the previous PlayStation 3 and Xbox 360, Assassin’s Creed Rogue Remastered takes advantage of the power of current consoles to get quite an upgrade. Considering the original used to be right between the 720p and 1080p resolution bracket, this boost to 1080p Full HD or 4K for those of you that have the fancy new TV and consoles is quite the remaster. As mentioned I didn’t get to play the game on the original version, by I do remember Assassin’s Creed IV: Black Flags on the Xbox 360 which is a close visual reference. This version has richer textures, more detailed 3D models of characters, better foliage aliasing, and improved overall rendering in everything, ranging from the islands to the sea.

I mean I was flabbergasted by the quality of the reflection on the water, whether it is your ship or even some shadow of the forms. Unfortunately, this native 4K resolution is only available on Xbox One X and PlayStation 4 Pro, while the base versions have to be reduced to 1080p. Again, still an upgrade to what the Xbox 360 version used to be, and close to the PC version when it was launched original 2015. In terms of content, Assassin’s Creed Rogue Remastered is a complete experience, with all downloadable contents available in this remastered version. That includes two additional missions like the Armor of Sir Gunn and The Siege of Fort Sable quest, but also extra customization items like a Bayek skin for Shay and more.

Assassin’s Creed Rogue Remastered was reviewed using an Xbox One digital download code of the game provided by Ubisoft. The game was previously released on PlayStation 3, Xbox 360 and PC. The game is also available as a remasted on PlayStation 4 in digital releases. We don’t discuss review scores with publishers or developers prior to the review being published (click here for more information about our review policy).

Assassin's Creed Rogue Remastered is a decent port of the original, with a major upgrade to framerate, textures and resolution on this generation's consoles, but is outshined by the latest entry in the franchise. It's still a good opportunity for those that never played this episode to try it out, but will feel outdated for some after having played Assassin's Creed Origins. 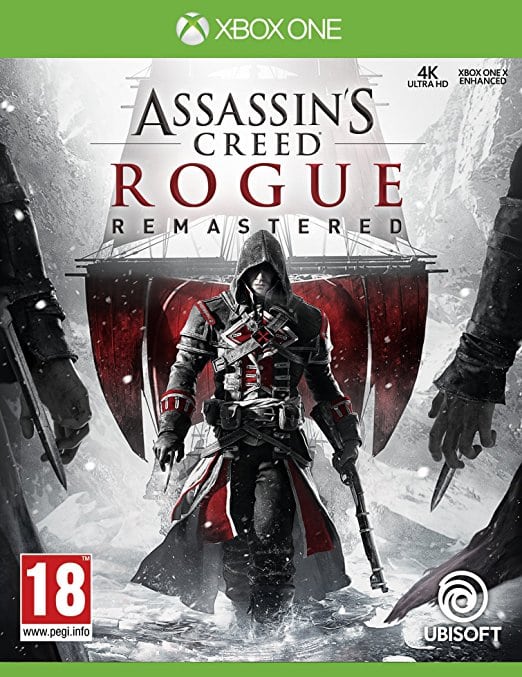