As a musician, there’s nothing more fun than pretending (or actually playing) a bunch of guitar riffs and crisp solos. A tribute to the “phenomenon” of pretending to be a guitar shredder, Air Guitar Warrior is one fun title, which was already available as a Kinect game to start, and now released again for those that can’t be bothered with Xbox – technically dead in terms of support – peripheral, relaunched as Air Guitar Warrior: Gamepad Edition.

For those that played the Kinect version, you’ll know that from a gameplay point of view, not really much has changed. What was simulated in front of the camera with the position of the hand and the playing of the strings has been laid down with the use of the left thumbsticks and four actions done by two buttons (A and X). Although the shredding actions are now on two buttons, they are altered into four actions based on the tap speed of the A and X, and there are still two difficulty levels, with the second one being really challenging, and there’s some extra mechanics that get added such as mount movements in vertical ways.

Apart from this, Air Guitar Warrior is still a tribute to the 1970s, 1980s and 1990s heavy metal genre, turned into a colorful sidescrolling shoot’em up. The title uses the concept of classic Shoot’em Ups and so-called Bullet-Hell shooters, in which with infinite firepower yiou can destroy the masses of enemies coming at you, and eventually bosses at the end of each chapters (which are in this game heavy metal albums). Heroically standing on a unicorn or towering over a T-Rex, your riffs will power a bunch of bullets toward the angle of your guitar neck, and your goal is to survive a complete song to reach the next level or track of the album.

What initially seems quite simple, involves quite a little depth. The projectiles vary according to whether you hold the imaginary guitar neck at the end or the body of the guitar and how fast you get into the strings. Slow sounds emit powerful bursts, while fast solos emit a heavy rain of lethal energy to the enemies, with each projectile having less punctual force. Always keep in mind the energy reserve and vary the guitar playing. The integration of their own actions into the heavy metal music has been successfully achieved. If you’re struggling hard over the guitar, you’ll hear fat and fast riffs, or the guitar will let you hear a squeaky solo. The variations of the song are seamlessly intertwined to create a really cool flaw. It is just under two Duzend songs from the feathers of Mr. Fastfinger and Samppa Siurala. For most of the rather unknown name in the ear, the rhythms are however successful and make quite joy.

At first, the gamepad edition feels uncomfortable, especially since you have to get used to the beats of the song, but with time, you’ll end up shredding riffs and chords in no time, raining devastation on all sorts of rock-inspired monsters like flaming skulls and whatnot. The gamepad edition is a lot easier, mainly because the gameplay is more responsive, and ammunition rarely goes out. But what initially seems quite simple, involves eventually a little depth. The projectiles vary according to whether you press quickly or to the beat the A and X (chords or low fret soloing) ranging from large bursts of bullets to a heavy rain of lethal energy to the enemies.

After a while, Air Guitar Warrior becomes ever more difficult with every new album (chapter), which are all varied with a new theme ranging from a post-apocalypse city to a viking themed sea journey. In addition, new guitars unlock after each chapter, each either stronger or with different type of projectiles. So you ask me now, why wasn’t the gamepad control added to the original Kinect game? The good part is that fans that already purchased the Kinect edition by June 15th will be given the Gamepad Edition for free.

Air Guitar Warrior: Gamepad Edition was reviewed using an Xbox One downloadable code of the game provided by Virtual Air Guitar Company. We don’t discuss review scores with publishers or developers prior to the review being published.

Air Guitar Warrior: Gamepad Edition is a bizarre music and rhythm shooter, which pays homage to the good ol' days of the heavy metal scene in a simple indie package. While the title doesn't pose much of a challenge, it's a fun pick for a quick and affordable purchase. 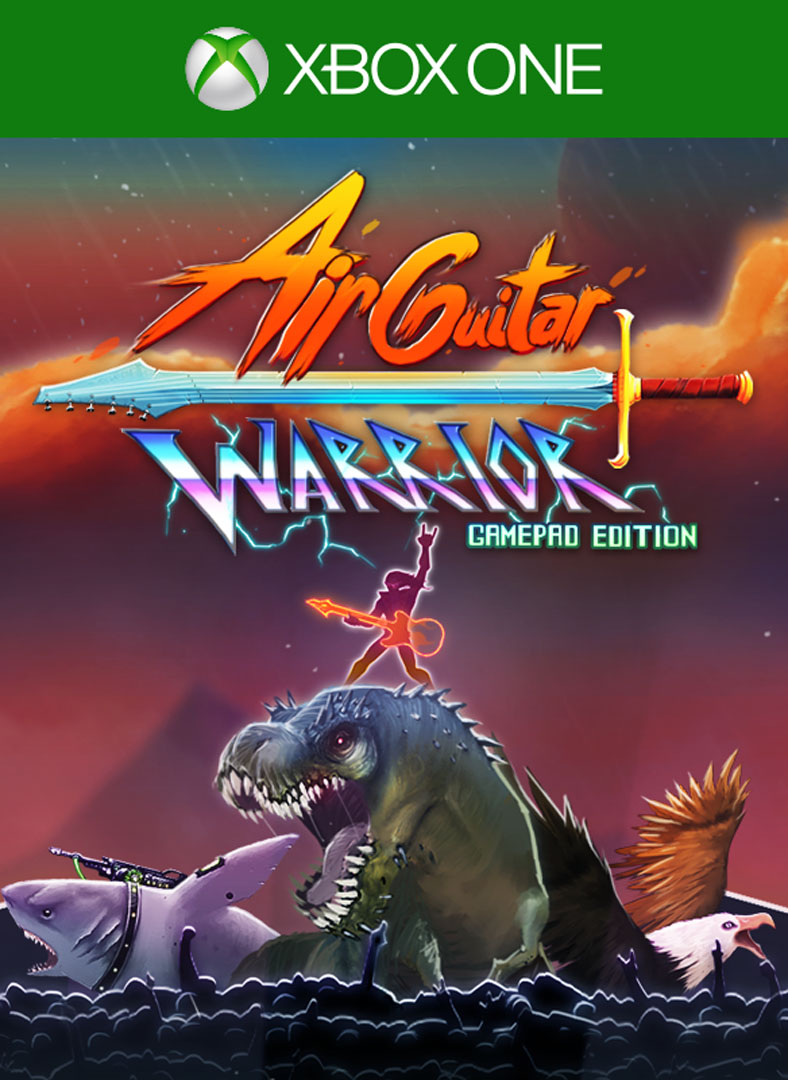