With Saints Row cycle, I jumped in for the second installment, which won me over with its ridiculous humor and violence. I haven’t been a fan of more recent installments (3 was the peak for me). Saints Row 4 was still fun to play, but Gat out of Hell seemed boring to me.

It seemed like Volition would need to switch up its formula with newer games. Agents of Mayhem is very much a spiritual success to Saints Row. Action of Mayhem takes place after the events featured in one of the endings of Gat out of Hell. The Saints defeated Satan and recreated the destroyed Earth, but the price was high – in the new world the gang ceased to exist, and its members were scattered all over the planet. So when there is another great threat, this time in the form of terrorist organization LEGION, the titular Mayhem agents, including a few old friends and many new characters have to jump in.

Saints Row has traded in its gangster theme for a Saturday morning cartoon in the vein of  MASK, Centurions and G.I. Joe. While it’s still ridiculous and puerile in its humor, Agents has a surprising amount of heart. You’re no longer controlling heavily armed psychos who are ‘good guys’ in the loosest sense of the word. The Agents are an actual hero force. They do have their own flaws and idiosyncrasies, but they still feel like the good guys. And they’re a force to be reckoned with, as they have access to a powerful arsenal of gadgets, talking cars and flying craft. Their opponents dominate humanoid robots commanded by archenemy criminals hiding in deep underground shelters.

But Volition did not make this game for children, but rather for “big boys”, so the dialogue is full of vulgarisms, and some rather adult talk. The story is faithful to the conventions of cartoon adventure,  and at no point is surprising, but the solid characterization of characters and the relationship between them makes listening to the black humor a pleasure. The agents are diverse, and range from military types and pirates, to ex-reality stars and former criminals. You have 12 agents to choose from (Johnny Gat is available as a 13th) and you get groups of 3, with the ability to quickly swap between heroes. Each hero has their own unique set of weapons and abilities with cooldowns.

Exploring almost identical underground secret bases starts off as fun, but it changes very quickly into a nasty obligation. If you’ve played the Saints Row series, there’s nothing new. It’s a typical open-world shooter with third-person action game in which, in addition to fulfilling the main missions, you can indulge in a whole range of side activities

While the game itself does not require particularly complex tactics and the battle is usually reduced to a carefree, old-fashioned, unadorned style with no hidden cover or hide-outs with single enemies, the differences in the play style of the agents are still perceptible. Each agent has a very effective special attack, which requires the use of a special item first. And so, depending on your preferences, our team can enter, for example, with a huge number of health points, freezing their Yeti opponents, using defensive towers or massive explosions.

Each character has unique weapons, development trees, gadgets and special abilities, which actually plays quite a bit differently. As in League of Legends or Overwatch, everyone should be able to find their favorites here, and the opportunity to switch freely between the three characters is a fun change.

The game’s action takes place in a small stretch of a futuristic Seoul- the whole map is about one and a half square kilometers. The first glimpse of the map may seem to be a high density of indicators symbolizing side missions, but after trying a few of them you get the sense that there’s not much here. Most of these tasks are just randomly generated, and seem to lack any purpose. They only allow you to gain resources or experience points, and after completing one, there are more. Main missions are pretty basic as well, and involve racing, the elimination of enemies, the delivery of designated vehicles to specific locations. You can even conduct an assault on another underground base, if that’s your thing.

All of this is really akin to busy work, because you accumulate enough resources in the ordinary course of the game, and in order to gain redundant experience points, I would suggest repeating more varied and better paying major challenges.

Ultimately, Agents has a lot of fun action but the game’s mission structure doesn’t switch things up enough to give it staying power. Having said that, it’s a very fun action adventure game, so there’s a lot to like here

Agents of Mayhem was reviewed using an Xbox One, PlayStation 4 and PC downloadable code of the game provided by Deep Silver. The review was tested by Mazen Abdallah on a PC running Windows 10, with an 8GB NVIDIA Geforce GTX 1070 fitted on a 4th Generation Intel i7 4790 3.6Ghz CPU and topped with 16GB of RAM, with additional technical comparison on Xbox One and PlayStation 4 by Nazih Fares and Luciano Rahal. We don’t discuss review scores with publishers or developers prior to the review being published.

While it doesn’t do anything revolutionary, Agents of Mayhem is a fun spiritual successor to Saints Row that manages to expand on the classic 3rd person sandbox action formula with a fun take on Saturday morning cartoons 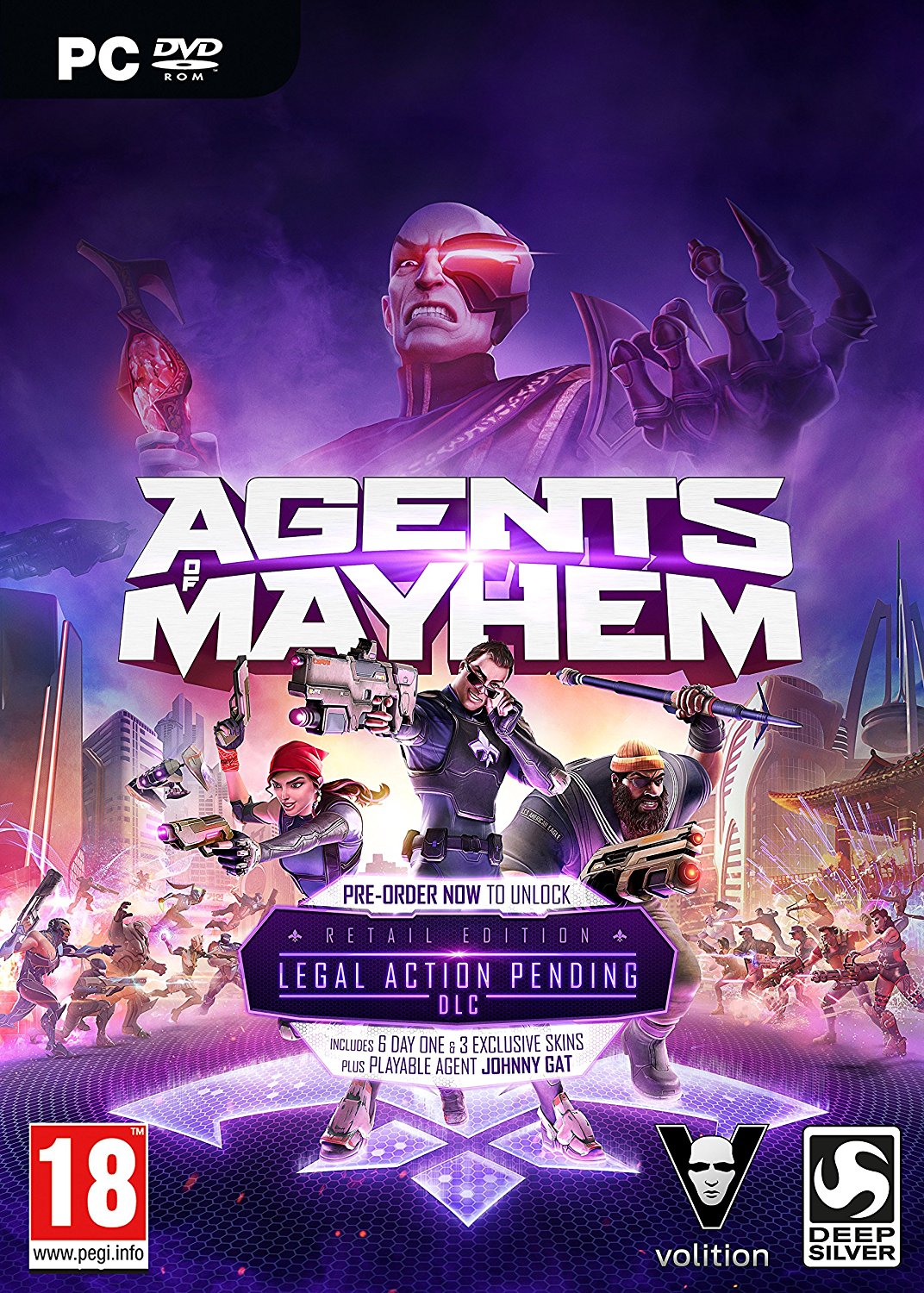